How To Help Victims of California’s Most Destructive Fire 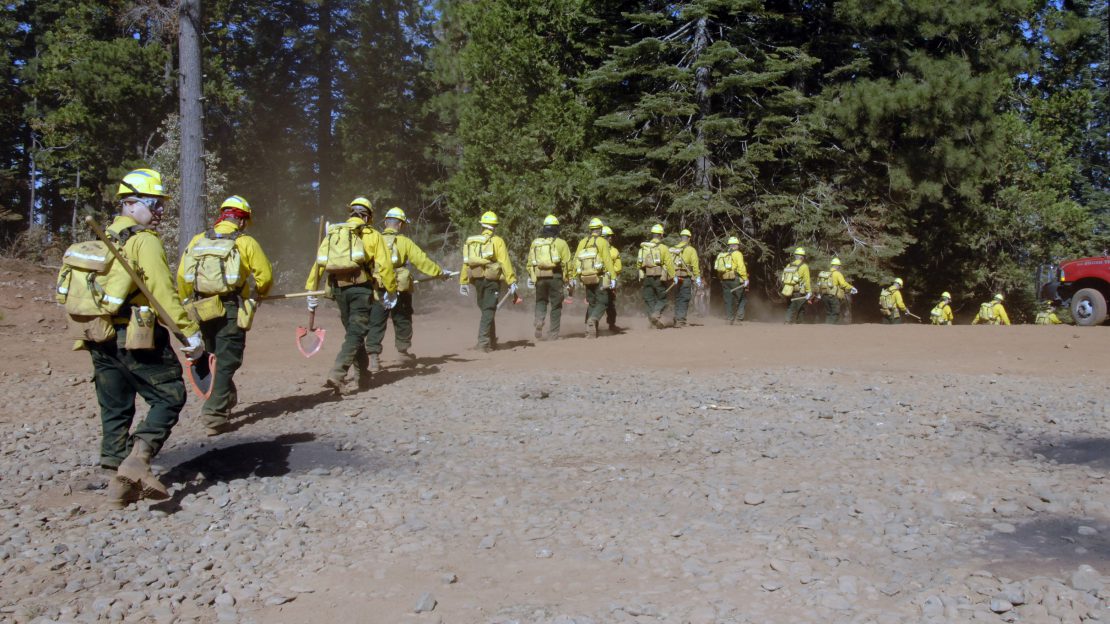 Hours before his hometown of Paradise in Northern California was destroyed by the raging Camp Fire on November 8, Randy Stein, 62, had an appointment with his cardiologist. Although his wife, Lois, did not usually accompany him, this time she did. When they emerged from the doctor’s office, they realized something was terribly amiss. The temperature had dropped into the 30s, and the midday sky was as dark as night. The road leading home was blocked.

The Steins soon learned that their home on Edgewood Lane, along with every other house on their block, had been totally destroyed. Five of their neighbors died trying to escape the flames. “Everything we own was in that house,” Stein said. “We have nothing left.”

Their dealership for Old Hickory Sheds also burned to the ground.

The Steins reached out to Rabbi Mendy and Chana Zwiebel, Chabad emissaries in Chico, the closest city to Paradise. The fire raged just five minutes away from their home in the Rohr Chabad Jewish Center at Chico State University, where Randy had been attending services and classes for six years.

“The Zwiebels provided us with food and some gelt just to tide us over,” said Randy, who likes to pepper his sentences with Yiddish phrases. “The moral support they have given us,” he adds, “has been tremendous.”

The Chabad house has been turned into a refuge for displaced families. “We are appealing to your readers,” Rabbi Zwiebel told Lubavitch.com, “to help us help people who have suffered such terrible losses.”

Randy and Lois Stein, who have been staying more than an hour away, will soon be moving into the Chabad House for the foreseeable future.

“I don’t think people outside the area realize the scope of this disaster and how many people are affected,” said Zwiebel. Despite its fanciful name, Paradise is a working-class town, most of whose residents do not have the resources to get back on their feet.

Mendy Zwiebel knows of at least twenty Jewish families in circumstances similar to the Steins’. Those affected range in age and background, and many have had limited contact with Chabad until the Zwiebels reached out to help them.

Many evacuees are underinsured and few have the emergency insurance necessary to tide them over the first few months until insurance kicks in—leaving them without basics such as food, shelter, clothing, and transportation.

The fire’s rising death toll now stands at 76, and the number of missing persons is nearly 1,300. Close to 13,000 structures have been destroyed.

Besides for arranging temporary accommodations, the Zwiebels have been delivering hot food to people camping out in parking lots and collecting funds for basic necessities.

“People need a lot of financial assistance,” Zwiebel said. “For now, we are trying to fill their basic needs, but we must raise the funds to help them rebuild. People lost everything, their homes and businesses, and they will have to start from scratch.”

Aside from the physical losses and the noxious air quality throughout the region, people are also struggling with the psychological toll. “They are emotionally drained from the trauma of driving through the flames to safety and losing everything. For some, it’s still hitting them,” said Zwiebel.

For people like the Steins, the enormity of the loss will take time to absorb. Will they rebuild? Start over someplace else? “We are totally farmisht,” says Randy.

Support those affected by the California Camp Fire at www.JewishChico.com/FireFund. 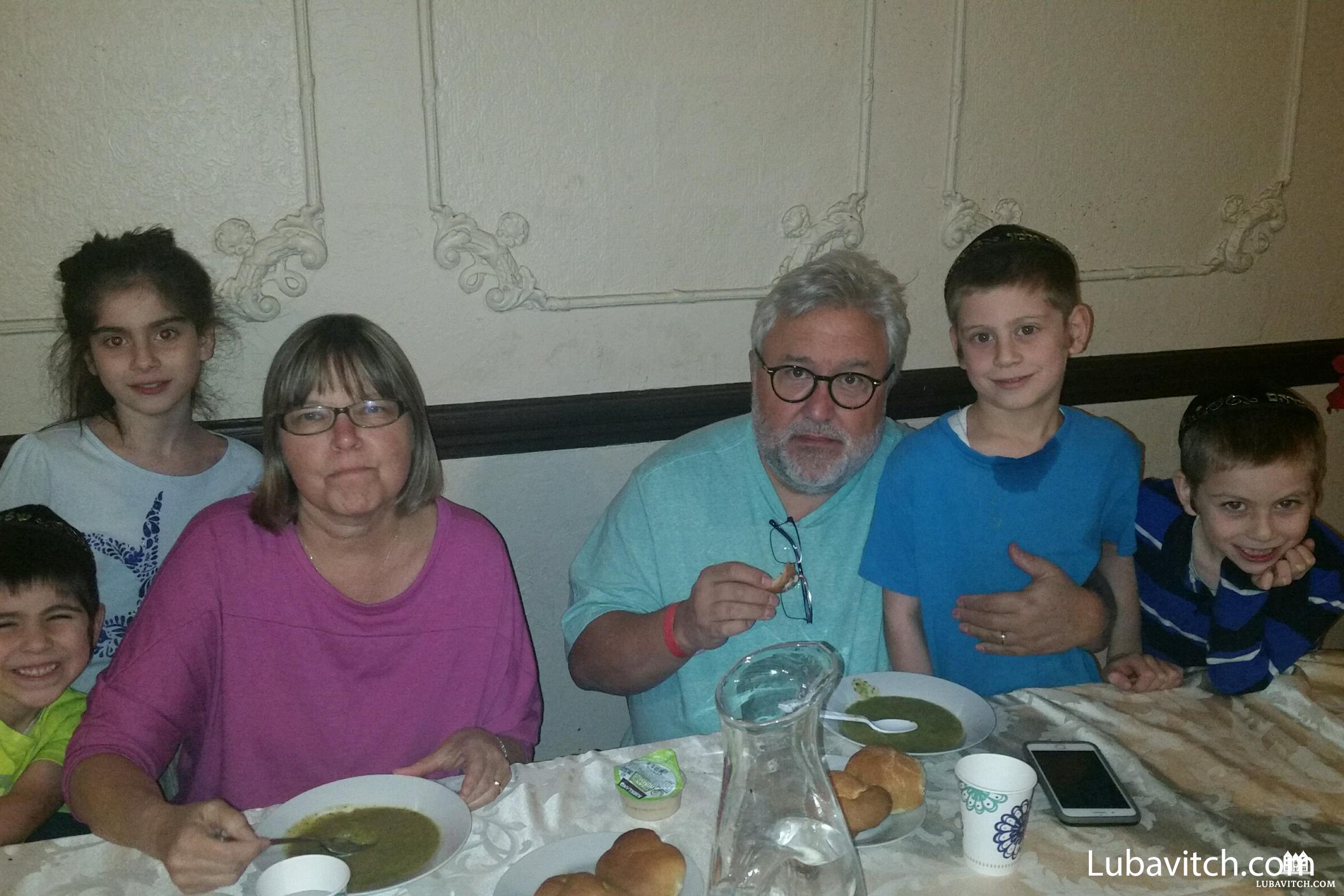 Randy and Lois Stein, who lost all their worldly possessions in the Camp Fire, gain some comfort with a hot meal and friendly welcome from the Zwiebel family. 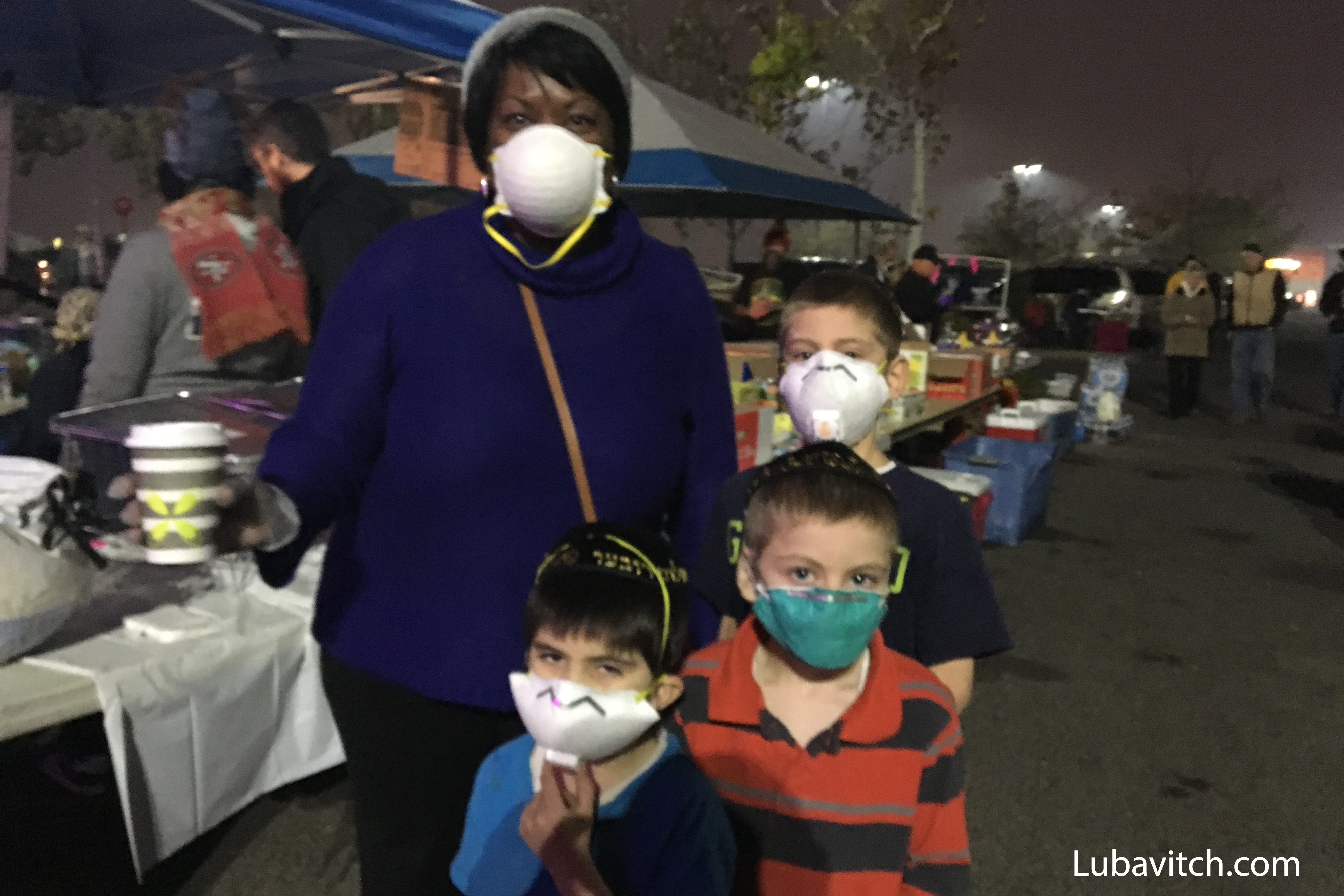 Chabad brings nourishing provisions to victims of the Camp Fire, who are camped out in parking lots despite near-freezing overnight temperatures. Face masks provide some protection against noxious air quality. 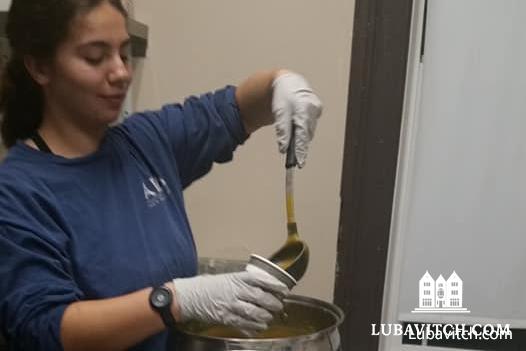 A volunteer at Chabad of Chico ladles out hot soup to be brought to fire victims.