How Matzah Created An Attitude Shift 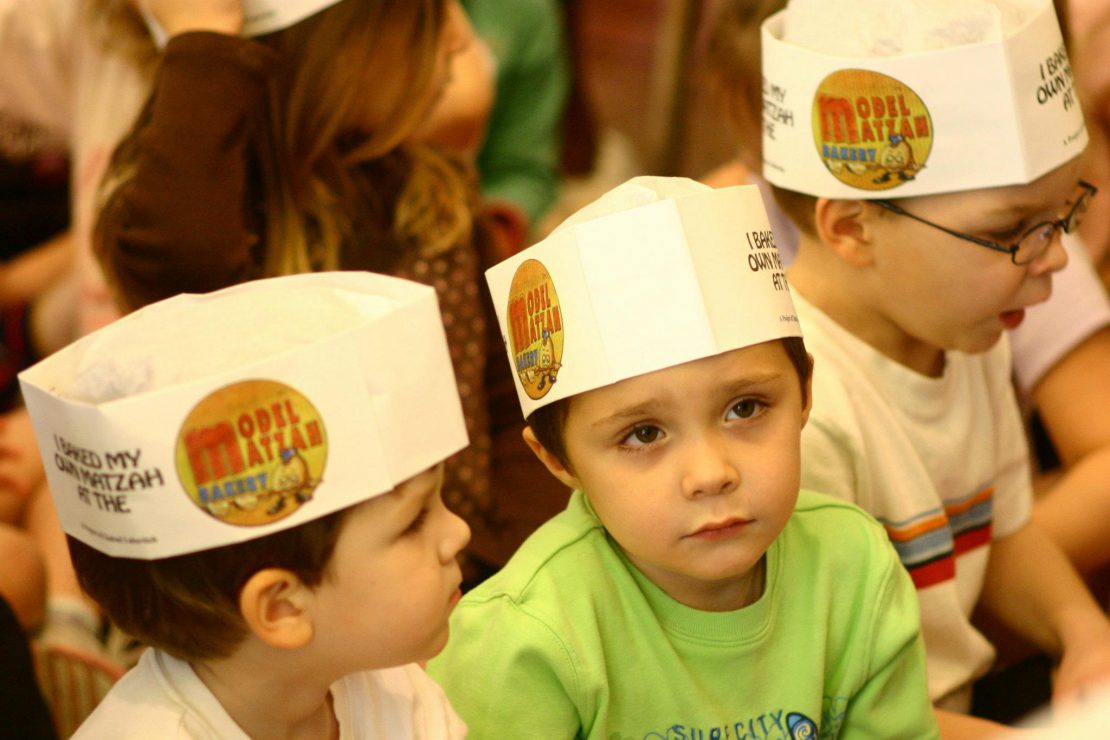 Children at a Model Matzah bakery in St. Louis roll their dough into the flat-shaped bread called matzah.

It all started with a matzah.

The noise is amped up, the kids are animated. Rabbi Levi Landa is dressed up as Moses. Elaborate backdrops and props depict the story of the Exodus from Egypt. And then Landa notices a little boy at the back of the room. The child with autism is sitting at the far end, his hands tightly covering his ears.

“It was a wake-up call for me,” Landa shares 18 months later. “We had put all this effort into developing an improved Matzah Bakery experience, and here was a child who wasn’t enjoying.”

In follow-up conversations after the event, his mom, Amy Brickel explained that Tooby had loved the experience: covering his ears was his way of responding, of moderating the noise. “I had made a strong assumption about what Tooby was feeling,” explains Landa, “without really understanding him. We have since started on our journey, letting families guide us, having individuals tell us how we can make everyone feel included.”

Inclusion. It’s one of those buzzwords that people know, but not everyone understands.

“There are a lot of misconceptions when people first hear the word inclusion. Their minds immediately go to the grand gestures, installing a wheelchair lift, a ramp outside, a handicapped bathroom. But it doesn’t have to be a great expense. Even before these things, what matters is an attitude shift. Say, ‘I can do this, I can support this person’s needs better than before.’” Rabbi Shmaya Krinsky knows. In his role as Executive Director of the Ruderman Chabad Inclusion Initiative, Krinsky says “we have learned that the little things that are doable make the greatest impact.

“Chabad at its core has an attitude of kindness and inclusion. What is needed,” he believes, “is education.” To that end, RCII has developed a training course with the Rohr Jewish Learning Institute to teach individuals about inclusion. The course has been taught in 45 cities to some 10,000 students.

After the matzah experience, Landa began teaching the course in St. Louis, where he serves as Chabad’s representative. In conjunction with other synagogues, and with a grant from the local Federation, the class took off. “In my 12 years here, I have never gotten a response to any topic like this one,” he says. People commented online, sent emails, and called with stories about feeling disenfranchised from the Jewish community.

“I realized that we tapped something tremendous beneath the surface. Because there are so many barriers to feeling included, many people with disabilities felt invisible before.”

How to break those barriers, he realized, was in the asking.

“What do you need from us?” Landa wrote directly on a Chanukah at Home Depot flier 18 months later. “It freed people up to tell us what they needed in order to attend, to be involved.” Requests came in and Landa listened. He hired respite therapists to assist parents with children exhibiting challenging behaviors, he opened the menorah making event early for families who weren’t able to participate in a crowded setting, he set up a quiet area for children to relax in. Then, when he was talking to a mom of a three-year-old with autism, he realized something else was necessary. “She told me she had no positive experiences in the Jewish community,” he remembers. But ultimately, she explained, it mattered less about what the organization put into place, and more about how other people would treat her and her child.

Another layer was necessary. “We’d like for this event to be a Judgement-Free Zone where ALL children and ALL families are welcome,” Landa wrote in a welcoming email and posted on the walls of Home Depot. “Messes, meltdowns and challenging behaviors are OK. Some children color in the lines and some color outside of them. Some children respond to their name and some don’t. This Chanukah Experience is for ALL of us!”

And it was. “It didn’t take a huge amount of time, it barely cost us anything, but it was very, very meaningful,” Landa states.

Though Brickel and her family have since moved to Boston, her son still asks about going back to the matzah bakery. “Inclusion,” believes this upbeat mom of two boys on the autism spectrum, “is the same message whether you are dealing with typically developing people or individuals with special needs. You are saying, ‘I accept you and welcome you to participate, no matter what your previous experience may be.’

“The best thing anyone can do is walk into any situation with an open mind, without any preconceived notions.”

It is matzah time again in St. Louis and as Landa designs this year’s event, inclusion is foremost in his mind. “A really important part of our job is giving people access to Judaism,” he says. “We don’t want to be retrofitting anything. We want it inclusive from the outset.” 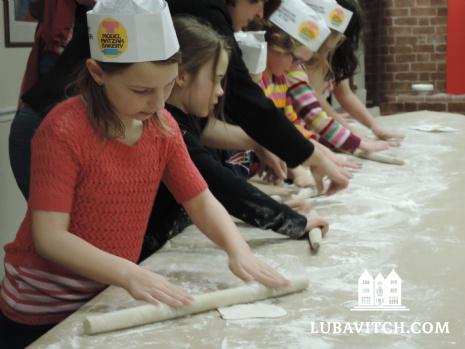 The two-day matzah bake experience in Natick, MA gets individuals with disabilities involved in every step of the process (March, 2017).