How Elena Met Rami or The Chabad-Lubavitch Network: A Model of Causality 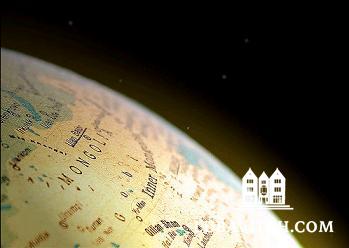 (lubavitch.com) Elena Lourie and Rami Kafarov never would have met let alone married in Oslo this summer were Chabad-Lubavitch no more than a bunch of affiliated synagogues and rabbis doing what they do, without the Shluchim's trademark passion for a greater vision.

“Their story amazes me, because it was five Chabad representatives each doing his job in his corner of the world that brought this couple together,” said Rabbi Shaul Wilhelm of Chabad of Oslo.

Here’s how a nice Jewish girl from Siberia came to meet a nice Russian-Israeli boy in Brussels.

Elena Lourie’s parents were worried. Frantic that their brilliant daughter, a physics student, had little hope of meeting let alone marrying a Jewish man while studying in Norway. They confided their worries to Rabbi Zalman Deutch, their Chabad representative in their home in Perm, a frosty outpost on the Siberian steppes.

So Rabbi Deutch called his colleague who had just move to Oslo in June of 2004, Rabbi Shaul Wilhelm.

“Oslo is not known for it’s Jewish singles scene,” said Rabbi Wilhelm. But he called to offer a Jewish home away from home to Lourie instead, just as he does to all Jewish students and Oslo’s Jewish community at large.

Over the next two years, Lourie became part of the Wilhelms’ family – sharing holiday meals, playing with the children. Still her parents’ initial request lurked in Rabbi Wilhelm’s mind.

That was when Rabbi Yossi Waks, then the executive director of the European Center for Jewish Students, a Chabad-run program with branches from Austria to Malta, from Switzerland and France to Germany and Ireland, contacted Rabbi Wilhelm. ECJS was hosting its first major event a New Year’s weekend retreat that was to bring Jewish university students together in Brussels. After much cajoling, and with a scholarship from ECJS, Lourie boarded a plane to spend Shabbat in Brussels.

Also finding his way to the ECJS Shabbat was Rami Karfarov. Several years before the 2006 New Years Weekend was to be held, in The Hague, Rabbi Shmuel Katzman had gotten to know Kafarov, a Russian-Israeli student at a local university. Concerned that Kafarov’s Jewish identity would flag and fade during his university years, Rabbi Katzman recommended a transfer to Lauder Business School in Vienna, where Chabad representatives manage the school’s Jewish studies component. Kafarov did so, and flourished.

Rabbi Shaya Boas, director of Jewish student life at Lauder, brought Kafarov’s talents with a digital camera to Rabbi Waks’s attention, and got Kafarov hired to capture the first-ever ECJS retreat as the event photographer. On break from shooting the ECJS post-Shabbat social, Kafarov sat down at a table where Lourie was taking a breather from all the socializing.

When Kafarov met Lourie, the two were delighted to find they could converse in Russian, and one thing led to another, which led to a five-course wedding feast prepared by Chabad of Oslo’s Esther Wilhelm.

Stories like the Kafarov and Lourie match are the new reality of the worldwide Chabad community.

Chabad centers have multiplied – representatives growing from the hundreds to 4000 in two decades. Unlike a corporation that’s gone global, Chabad has become more ubiquitous but not bigger. Each Chabad center is an independent entity, with all fundraising done locally, with one Chabad couple devoting their lives to its success.

They share a sense of brotherhood, a sense of shared mission as spelled out by the Lubavitcher Rebbe, Rabbi Menachem Mendel Schneerson, of righteous memory, that sees Jewish welfare not as a sweeping whole, but as a constellation of individuals.  Their commitment to this idea has them dropping everything to help when a fellow Chabad representative calls.

“Calling another Chabad shliach is the most natural thing that I do,” said Rabbi Wilhelm, and out of the blue offers of help are not unusual. When a Norwegian now living in Rabbi Zalman Grossbaum’s community in Livingston, NJ, discovered Rabbi Wilhelm’s website, Rabbi Grossbaum emailed Rabbi Wilhelm to offer assistance.

“It’s not surprising” to get a message like Rabbi Grossbaum’s, says Rabbi Wilhelm. “It comes from the basic understanding that we are all where we are for the same purpose.”

Where once a Chabad representative could offer up sweat equity and compassion, Chabad now has a network of programs that offer solutions to an ever-widening array of challenges.

A Chabad representative who has worried parents of a college student in his community can do more than offer counsel. He can call the Chabad on campus representative at that college to check on the student, offer him a kosher dinner, a healthy place to hang out.

There are Chabad representatives serving in communities near major medical centers like Mayo Clinic who will visit, host family members, and bring home cooked meals. Jews and others battling addiction at Caron in Pennsylvania have a place for Shabbat dinner with the local Chabad rabbi. Families unable to care for their children in Argentina can receive home help and full day care for their children through Chabad’s IELADEINU program. Whether it is eye problems in Kiev or a hungry family in Sydney, Chabad has a rabbi, a program, a Shabbat dinner, or professional services that can help.

And if the local Chabad rabbi doesn’t know the answer, he knows where to find it. Rabbi Zalman Heber, director of Chabad of Tacoma, WA, checks in with Shluchim Achdus, an email network exclusively for Chabad representatives, about once a day. He scans the messages to see if there’s something he can help with. He’s emailed a speech for a brit milah ceremony to a fellow Shliach in another state, and received help with delicate real estate negotiations for his new center from around the world.

“It’s heartwarming to know you are not alone,” said Rabbi Heber. Even in the dead of night. Chabad’s worldwide spread means that when a rabbi is puzzling over a community matter at midnight, it’s mid-morning in Australia and there’s someone up who can offer advice and answers.

Recently, one of Rabbi Heber’s community members was fretting over the emotional state of his son training on an army base in Fort Knox, TN. Rabbi Heber phoned Chabad representative closest to Fort Knox. The rabbi jumped into the car and drove 60 miles to meet a stranger because a fellow Chabad rabbi left a voicemail.

“We are all working toward the same goal. So my issue is your issue. Your problem is my problem. It is my responsibility to help,” Rabbi Heber said.  “It’s a worldwide family.”