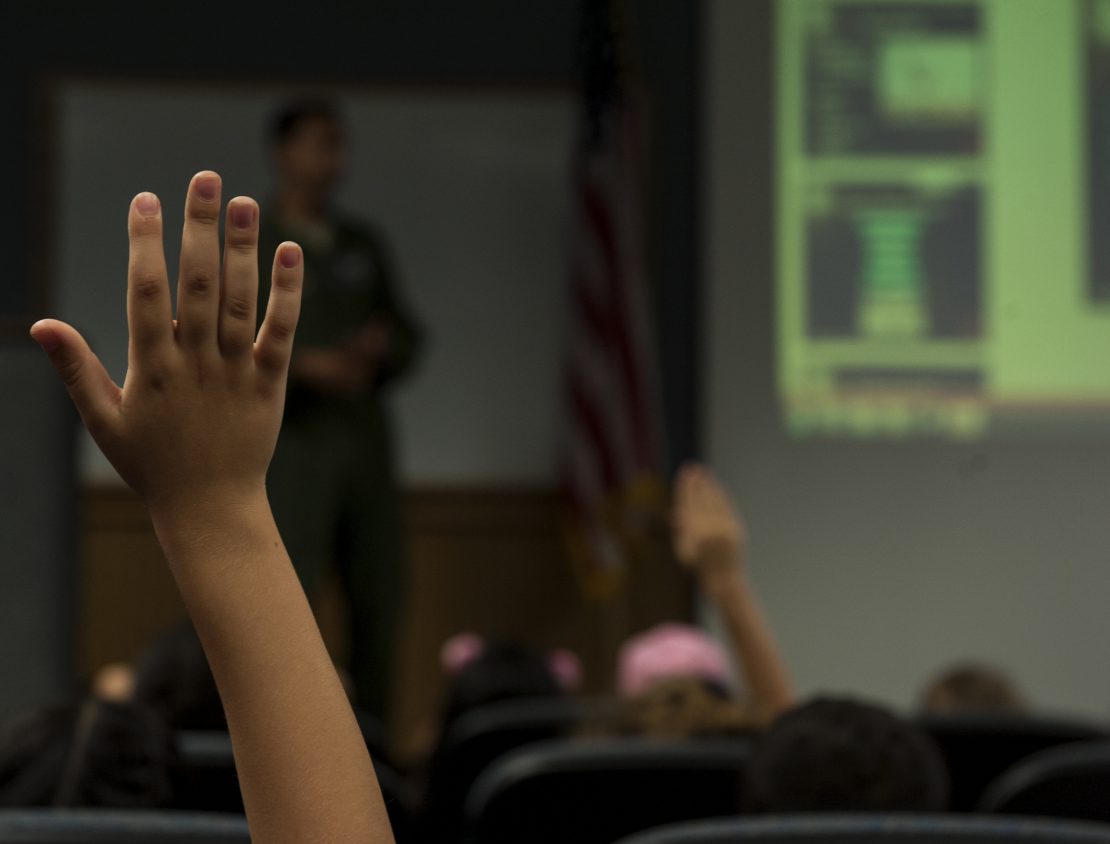 Was the earth created in six days?
Photo Credit: First grade students from Bechtel Elementary School ask questions during a mission briefing from the 44th Fighter Squadron May 16, 2016, at Kadena Air Base, Japan. Students were given the opportunity to ask questions about the F-15 Eagle, the 44th FS and the life of a pilot. (U.S. Air Force photo by Airman 1st Class Lynette M. Rolen)

All News
By Joshua A. Krisch

A Chabad rabbi stimulates a meaningful conversation on creation.

Scientists assert that the Earth is 4.5 billion years old, and archaeologists have discovered 7.2 million-year-old human remains. We have carbon dating, the Big Bang, plate tectonics, evolution.

Yet the Torah says that the world was created in six days, about 6,000 years ago. How can I relate to a Torah (and to religious leaders) that insist on interpreting Genesis literally? As someone who respects science, how can I invest in a religion teeming with Creationists?

It has been a core belief of the Jewish people for more than three millennia that the world was created in six days, and that the universe is coming up on its 6,000th birthday. So when my students ask me about the age of the earth, I tell them it’s about 6,000 years old. I don’t fudge the text or rely on non-literal readings of Genesis, which constitute either minority opinions or outright rejection of our faith.

Trust me, I know how it sounds. I know that many scientists and college students think me an ignorant, Darwin-burning creationist. Even my most respectful students want to know why I am so “anti-science.”

So I ask them if they believe that G-d split the sea.

It turns out many Jews, whether observant or not, do believe that G-d split the Sea of Reeds so that the Israelites could escape the Egyptians. And even those who don’t believe in the Exodus are not terribly bothered by the fact that I do. Jews believe all kinds of irrational things. Ten Plagues. Talking bushes.

Of course, the entire story is scientifically impossible and, dare I say, “anti-science.” Everything we know about chemistry and physics tells us that a sea cannot split opportunistically, allowing one nation to pass through and then closing on its tormentors. In fact, the miracles recorded in the Torah violate scientific norms by their very definitions. Manna falling from heaven. The voice of G-d at Mount Sinai. An angel convincing Abraham not to sacrifice his son. How do we reconcile these miracles with modern science?

Because when scientists calculate the age of the universe, what they’re really calculating is (absent a god or some other immeasurable factor) how long it would have taken for this world to come into being spontaneously. Science has solved this. It would have taken 4.5 billion years, give or take. Scientific studies will reflect this because it’s true—our universe is indeed the work of 4.5 billion years. But that’s simply not how G-d did it. The Torah tells us that G-d (the same omnipotent being who suspended the laws of physics to split the sea) suspended the natural order to perform a 4.5-billion-year job in six days.

This approach may share passing similarities with creationism, but it is more authentic. For one, it doesn’t force us to conclude that G-d created the universe in six non-literal “days”—a problematic approach, especially since the Torah (Exodus 31:15) commands us to celebrate Shabbat once per week “as an eternal sign that, in six days, G-d created the heavens and the earth.” And an approach made even more problematic by the fact that, even if we allow the word “day” in the Torah to mean millions or billions of years, it would have to represent vastly different quantities of time across adjacent verses. On day four G-d created the sun, on day five He created fish, and on day six He created animals. Scientifically speaking, that means day four lasted four billion years, day five, 100 million years, and day six, 400 million years. The term “day” would be rendered meaningless, even as a non-literal placeholder. 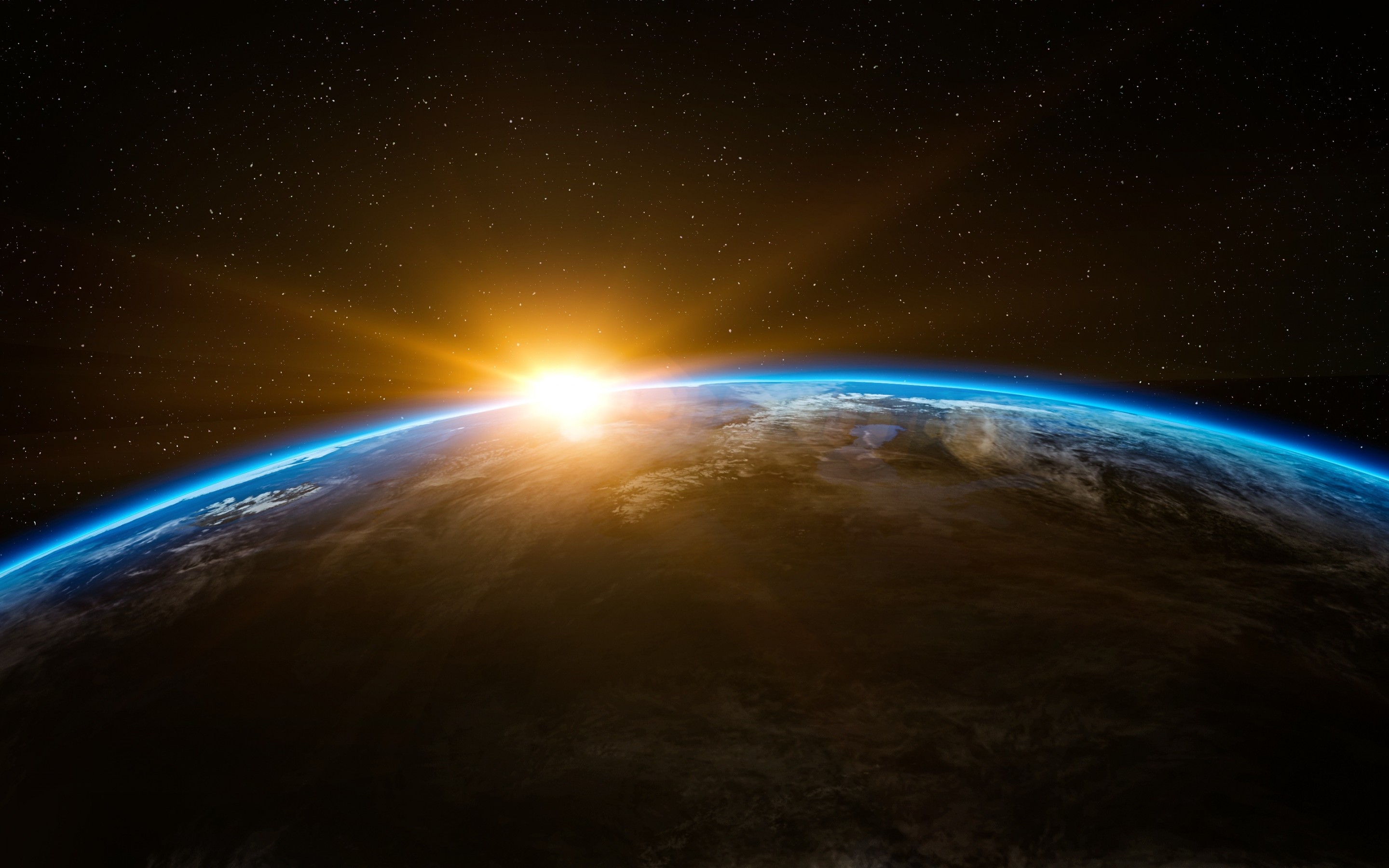 Meanwhile, this approach allows us to celebrate the value of modern science without compromising our beliefs. It’s worth studying how the world could have spontaneously come into existence, because the underlying numbers help us identify rising sea levels, speculate about life on Mars, or date ancient potsherds. Studying how the Earth that G-d created in six days would have happened absent an active god is still a worthy enterprise. Belief in miracles doesn’t render science irrelevant.

Let’s be clear. This argument will not convince my students that the universe is 6,000 years old. For one, it raises as many questions as it answers. What about dinosaurs? How could vegetation exist before sunlight, as claimed in Genesis? Why does radiometric dating suggest that different layers of rock are vastly different ages, when all rock was presumably created on the same day? But that’s okay. Belief in the truth of the Torah is a complex philosophical venture that requires faith and intense study.

Besides, my goal is not for my students to agree with me. The point is to demonstrate that belief in a literal Genesis, an inescapable Torah value, is not remotely “anti-science.” When your rabbi tells you that he believes the world is 6,000 years old, he’s not saying that he rejects contemporary research. He’s saying that he believes in a G-d who is capable of upending nature with miracles, and who did just that to create the world. His position is no more controversial or “anti-science” than belief in G-d itself.

Fortunately, my students know that I respect science. And suspect that I believe in G-d, too.

Joshua A. Krisch is the Chabad rabbi at Ithaca College in upstate New York. He is currently the staff science editor at Fatherly.

This article was featured in the Lubavitch International Magazine. To have the magazine delivered to your door subscribe at www.lubavitch.com/subscribe