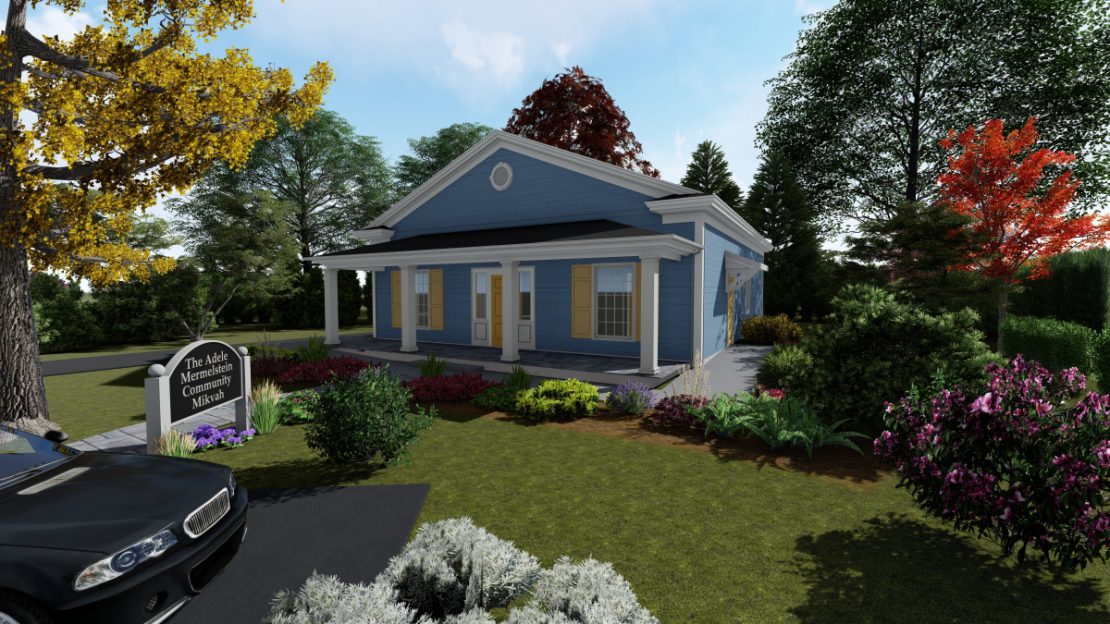 Steeped in historical value, Newtown, Pennsylvania’s entire business district is part of the National Register of Historic Places. Despite the hurdles involved in building in such a district, Lubavitch of Bucks County has secured approval to build the county’s first mikvah.

The mikvah is a ritual bath containing water coming from a natural source. To date, women interested in using the mikvah travel to a beautiful mikvah in New Jersey, about an hour’s drive from Bucks County. Visits during the short summer nights can be quite late and immersing on Shabbos and holidays are not possible.

Rosie Weinstein, Associate Director of Women’s Programming at Lubavitch noticed that many women were interested in this mitzvah, but the long commute was making it very difficult for them. Then, opportunity knocked on her door, in the form of an elderly neighbor, who was offering to sell her house.

Rosie and her husband Aryeh, Rabbi of Newtown Shul and Director of the Jay Michael Swartz Jewish Learning Academy, quickly organized a meeting with members of their community. Fifty people showed up and together they raised about $130,000, enough to make a down payment on the property. They began making plans for a mikvah of their own.

Over the next two years, fundraising efforts brought in $400,000 in donations for the mikvah fund. “We have a wonderful community,” says Rosie. “Their belief in the importance of the mikvah mobilized them with incredible results.”

During this time the mikvah was given another boost when Neil Hoffman surprised his wife Hedy with an unusual gift. He pledged $360,000 to have the mikvah named for Hedy’s mother, Adele, a survivor of the Holocaust.

“On top of this, when the board of Mikvah USA saw the dedication of our community members, they approved us for their largest grant,” says Aryeh.

With this dramatic show of support and heavy fundraising within the community the years-long journey to receiving final permission has been successful and the building process can begin.

The Weinsteins hope to break ground for the Adele Mermelstein Community Mikvah before the end of summer. The mikvah building will also include a men’s mikvah and a mikvah for “toiveling” dishes.

After a year of commuting to the area, Aryeh and Rosie began their work as chabad shluchim in the area in 1999. They were appointed by Rabbi Yudi and Miriam Shemtov, Senior Shluchim of Bucks County.