From Meadows to Metropolis in Northern Toronto

What was one a sleepy, rural town has become an urban hub in the four decades since Chabad moved in. 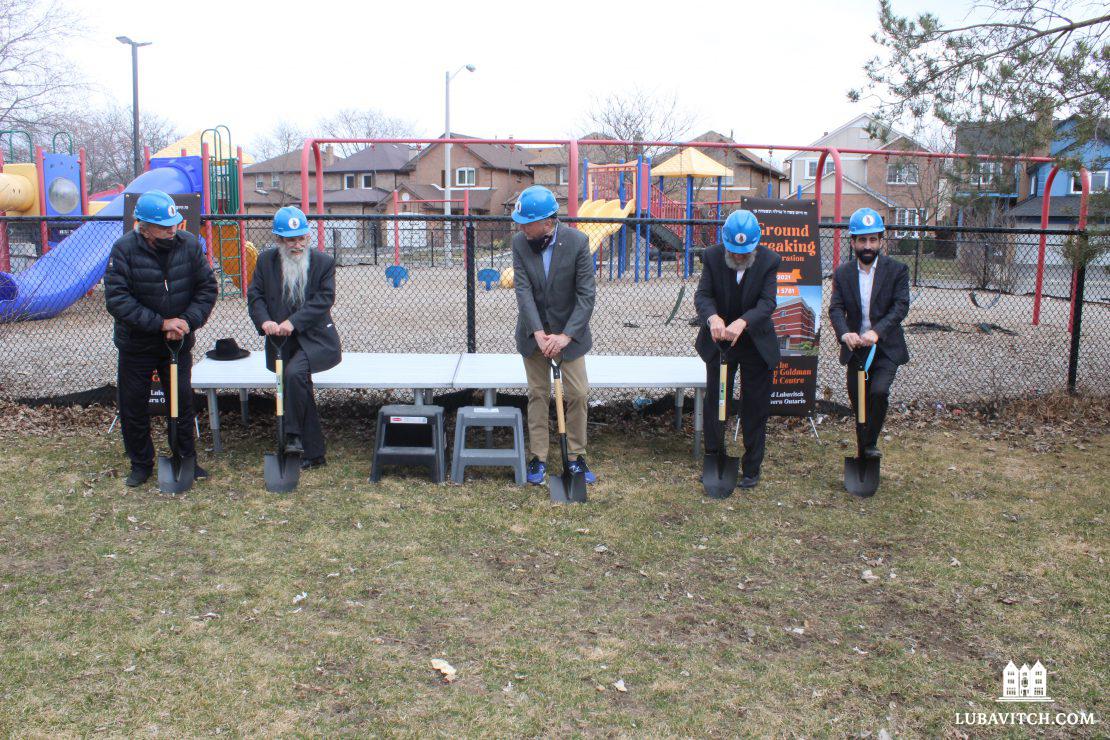 It was with a poignant sense of deja vu, on a chilly afternoon this spring, that Rabbi Zalman and Esty Grossbaum welcomed guests to a small groundbreaking ceremony for their new Chabad House in Vaughan, Ontario. Exactly thirty nine years earlier, the Grossbaums hosted a very similar gathering to mark the construction of their first building, just fifty feet north of where they now stood.

Over the four decades since that first groundbreaking, the Grossbaum’s community and the city at large have become nearly unrecognizable. Part of the greater Toronto area, Vaughan is a sleepy, rural town turned bustling, urban hub. When the Grossbaums arrived in the area in 1980 as some of the first emissaries sent to Toronto, Vaughan was still just a townlet of 25,000 residents. But the Grossbaums recognized its potential. They heard that new developments were springing up in Vaughan, with many young Jewish families buying properties. Those families would need Jewish infrastructure and support. With the encouragement of Mr. Herb Green, a land developer and Chabad supporter, the Grossbaums considered moving north.  Ultimately, they purchased a three-acre tract of farmland in Vaughan, on which to build a Jewish community center.

Today, the city of Vaughan is a teeming metropolis, populated by some 300,000 residents. At one point, it was the fastest-growing municipality in Canada. It is known colloquially as “the city above Toronto” because its southern border, the six-lane Steeles Avenue, marks Toronto’s northern limit.

The explosive growth of the city of Vaughan parallels a dramatic growth in the city of Toronto. In addition to being the Shliach to Vaughan, Rabbi Grossbaum is also the head emissary of Southern Ontario, which encompasses the city of Toronto. He says he never anticipated that the Jewish community in Toronto would experience such growth, and it “developed beyond anybody’s expectations.” The Grossbaum’s building in Vaughan currently serves as a local headquarters for twenty three satellite Chabad centers across the greater Toronto area (GTA). In Vaughan alone, there are seven hundred children in Chabad summer camp and three hundred participants in Friendship Circle. Recently, the Grossbaums have been struggling to fit these large programs into their existing building.

Murray Goldman, 91, one of the principal donors for the new building, is a long-time resident of Toronto and has watched the Grossbaum’s network of associated shluchim grow over his forty years of knowing them. “Toronto is the third largest metropolis in Northern America, comprised of a number of smaller municipalities,” he said, “and Chabad is in every one of them twice.”

The new six million dollar building will provide much needed space, including eight multi-purpose rooms on the upper two floors along with a new women’s mikvah on the bottom floor.

At the groundbreaking ceremony for the new building, the assembled crowd listened as Zalman read a letter penned by the Lubavitcher Rebbe that had been sent thirty nine years prior in honor of the first building. “The Groundbreaking ceremony…is an important milestone for all Jews in Metropolitan Toronto.”

Those words rang true in 1982 and again, in 2021, as Jewish life in greater Toronto continues to grow and thrive.