For Gabi and Rivki, In Blessed Memory 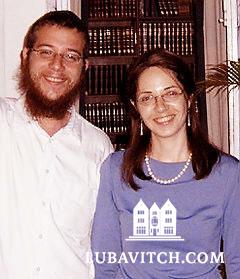 Benjamin Holzman spent six months in Mumbai. Here are his thoughts, penned as news of their deaths were confirmed.

Just minutes ago I heard the terrible news that five Israeli hostages were found dead inside the Chabad House in Mumbai. Although the media hasn’t officially confirmed their identities yet, it seems quite certain that they are Chabad Rabbi Gavriel Holtzberg, his wife Rivka, an Israeli couple, and another Israeli.

After having been glued to the news for two days straight, relentlessly combing through twitter updates, news reports, and blogs, I am totally exhausted, yet feel compelled to write something about these great people I knew.

I lived in Mumbai for six months last year, and would go to the Beit Chabad with friends for a Shabbat meal about every second week. Over the course of six months, we got to know the Rabbi and his wife quite well.

They were wonderful people; warm, inviting and engaging. Gabi would get visibly excited to have so many guests for Shabbat. You could tell it really made his week. He would have a grin on his face almost the entire meal, including during his Dvar Torah. He was always so eager to create a communal feeling that he insisted everyone go around the table and say a few words to the group, giving guests four options: either delivering a Dvar Torah, relating an inspirational story, declaring to take on a mitzvah, or leading a song.

As most of the guests were Israeli backpackers and other passers-through, they might have found this quite novel. For us regulars, it was just Gabi’s shtick. I can still hear him reciting those four options to the group now, as if he had discovered some miraculous way to make everyone involved in the Shabbat with no escape, impressed by his own genius week in and out. He had a devilish smile. You could really see the child still in him, just beneath the surface.

Gabi was also exceptionally thoughtful. Though most of the guests were Israeli, Gabi would give his Dvar Torah in English for the sake of the few of us English-speakers there with sketchy Hebrew, so we’d understand. Sometimes he spoke line by line first in English, then Hebrew. Gabi would start discussions and made it his personal mission to get everyone talking, to make a group of disconnected Jews feel like a family. It worked. That was Gabi.

Rivki was a certified sweetheart. She’d generally sit apart from Gabi, to spread herself out, and usually sat with the girls. She too relished Friday night dinners—I think she needed her weekly female bonding time. She’d talk to the girls about the challenges of keeping kosher in India, and share exciting new finds at the market. You could tell she was far from home, in this dense Mumbai jungle, but she was tough and really made the best of it. She would balance Gabi’s presence, occasionally making comments to people at her table while Gabi was speaking. Not as a sign of disrespect, but to keep the people around her having a good time. That was Rivki. Brave, fun-loving, and super sweet.
Perhaps the greatest testament to their character was simply the fact that they lived in downtown Mumbai for years on end. Having lived there for just six months, I understand how incredibly taxing just existing in the city is. Even when trying to relax, the city still seems to suck the life out of you. Living as Westerners in modest conditions in the thick of Mumbai, with the restrictions of kashrut and Shabbat, is certainly no small feat.

Gabi and Rivki were only a few years older than me, in their late 20s, and despite being far from friends and family and perhaps not in the most exciting Chabad placement (compared to Bangkok or Bondi), they kept positive and built a beautiful bastion of Jewish goodness. They chose a life that demonstrated such altruism and care, in the truest sense. The Mumbai Chabad really made a difference to my time in India, and made me feel that much more at home in such a foreign country.

Gabi and Rivki were real for me. We often hear about tragedies in distant, disconnected places, and feel frustratingly estranged from them. We want to connect, but cant; we feel as though in a different world. And mere numbers, names and images don’t amass to much. I hope I’ve been able to paint a small picture of two of the victims of the Mumbai terror attacks, which claimed over 150 lives in total and left hundreds injured.

I know they would have been brave through the whole ordeal. Though unconfirmed, it is likely they were murdered just as Shabbat was coming in. I feel that this would have provided them with comfort, knowing that they departed this world in a time of peace. I also know the knowledge that their two-year old son Moishe managed to escape in the arms of his nanny would have provided them with great comfort in their final hours. When I would look at the young Moishe I would see Gabi’s face, and Rivki’s care-free spirit.

Chabad lost two soldiers today, emissaries and keepers of the Jewish people. Let us honor their work and their lives in our prayers, in our thoughts, and in our deeds, and let us pray for the families of the dozens of other victims of these attacks. May all souls rest in peace, and may we see an end to violence in our time.