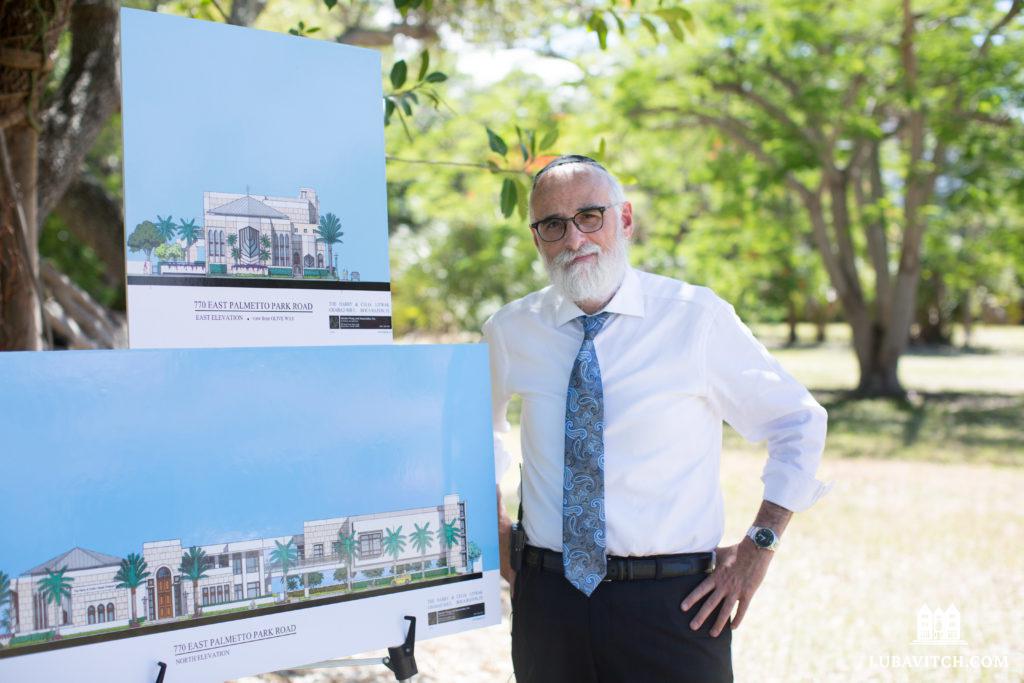 Rabbi New is the lead rabbi of Chabad of East Boca, an Orthodox Jewish synagogue in Florida that for over ten years faced hostile, well-financed opposition to its plans to build a new house of worship, some of which was driven by admitted anti-Semitism.
Photo Credit: Becket Religious Liberty Law

Rabbi Ruvi New, head of the Chabad of East Boca Raton, Florida, today discussed Gagliardi v. The City of Boca Raton, the lawsuit that was a part of his congregation’s 10-year battle to build a house of worship, at the U.S. Department of Justice event Religious Liberty: Our First Freedom and Why it Matters. The event highlighted diverse perspectives on religious liberty as experienced by Americans today, including opening remarks by Attorney General Jeff Sessions and addresses by Archbishop Joseph E. Kurtz of the Archdiocese of Louisville and Senator James Lankford of Oklahoma.

“America’s promise of religious liberty is deeply personal to me,” said Rabbi Ruvi New, head of the Chabad of East Boca Raton. “My mother fled religious persecution in communist Russia, and my father’s parents escaped Poland just before the Nazis took over. I love it that, in America, we don’t have to run. But we still have work to do to keep the promise alive.” Rabbi New is the lead rabbi of Chabad of East Boca, an Orthodox Jewish synagogue in Florida that for over ten years faced hostile, well-financed opposition to its plans to build a new house of worship, some of which was driven by admitted anti-Semitism.

After the building was unanimously approved by the City in 2015, two landowners filed a lawsuit in federal court to prevent construction, bizarrely claiming that allowing a synagogue equal rights to build violated the Establishment Clause. They also claimed that building the two-story synagogue would cause “inevitable” floods and prevent emergency vehicles from accessing the area – even though the area is already surrounded by 22-story condos and several strip malls.

Becket represented the Chabad in court, defeating the lawsuit twice in the district court and again on appeal earlier this year. The Chabad has also suffered a string of attacks in recent years. It was vandalized twice: its glass mezuzahs containing sacred scripture were destroyed and stolen, and a glass synagogue door was smashed. And a teenage member of the synagogue was physically assaulted on a public sidewalk and told to “go back to Auschwitz.”

“Rabbi New’s journey to defend his religious freedom is a powerful reminder to all of us that protecting this right for one group ensures religious liberty for people of all faiths,” said Montse Alvarado, executive director of Becket, the religious liberty law firm that represented the Chabad. “I was pleased to see the work of Becket’s courageous clients celebrated at this event—clients in Michigan, Pennsylvania, Florida, and California who are working to live by their deeply held convictions, tackle difficult issues, and find common sense solutions. Feeding the hungry, sheltering the homeless, and helping kids find forever homes should not come at the expense of your religious beliefs.” While the overwhelming majority of the community supports the Chabad’s right to build, the Chabad still faces opposition to its efforts to build a permanent home.

To learn more about Chabad in East Boca Raton: http://www.chabadbocabeaches.com/

WATCH a 4-minute video about the opposition: