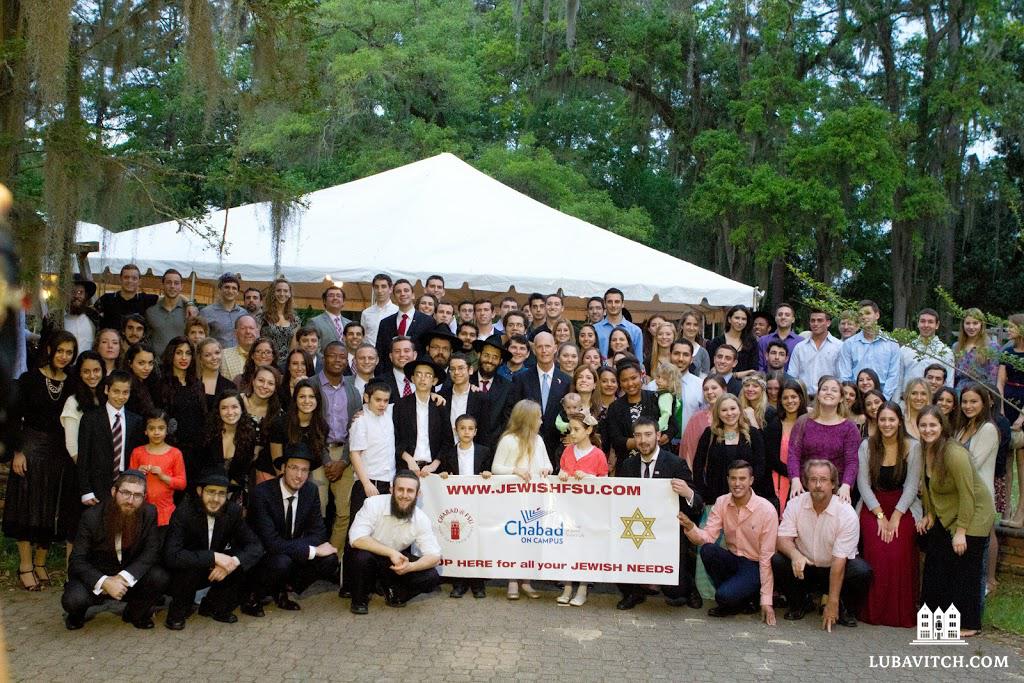 Florida Governor Rick Scott joined Chabad of Tallahassee on the eve of the first night of Pesach “pre-Seder” event hosted by Rabbi Schneur  and Chanie Oirechman. Joined by 70 Florida State University (FSU) students, Governor Scott had the opportunity to participate in a “pre-enactment” of the ritual Seder dinner, which was hosted later that evening when the holiday began at sunset.

The Oirechmans, Chabad emissaries to Florida’s capital for over 15 years, host two large Seders every year for FSU students at the Chabad House on campus. FSU has a Jewish student of about 4,000; of those, 500 participated in this years’ Seders.

In the weeks before the holiday, Governor Scott reached out to Rabbi Oirechman expressing interest in attending a Seder in order to learn more about the Jewish holiday. To accommodate their high-profile guest, the Oirechmans decided to make a third “sample” Seder before the holiday commenced, to which they invited both students and community members.

Guided by Rabbi Oirechman, guests went through each of the 15 steps of the Seder, gleaning insights along the way. The governor took note of the large Jewish student population on campus and the community that Chabad had built for them, as students took the opportunity to meet and chat with the Governor.

The governor was presented with a yarmulke with his name on it and his own Hagaddah, both of which he used throughout the Seder.