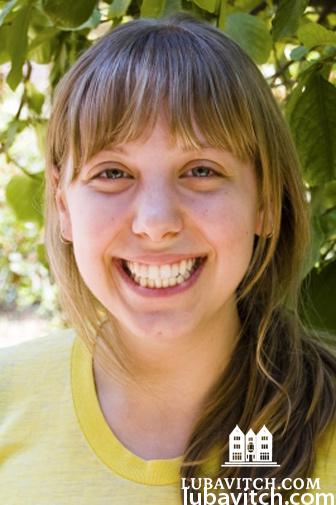 Jamie Zebrak, Director of Public Diplomacy at the Consulate General of Israel to New England.

(lubavitch.com) The recent commemoration of the fifteenth yahrtzeit of the Lubavitcher Rebbe has provided me with an opportunity to recall, reconsider, and share the impact that Chabad of Eugene has had on me.

As a student at the University of Oregon, there were many times throughout my four years where I, and I am sure many others, had wondered if the traditions and culture that our parents passed on to us, were somehow void of meaning or impertinent to our lives today.

It is not easy to attend a university and receive an education that prides itself on liberal, intellectual, and unbiased humanist values, while at the same time delving into the meaning and wisdom of the Torah, and gleaning guidance and spirituality for a Jewish life.  To me, Torah life and teachings very often seemed to be in contradiction to the more universalist undertones, which pervaded the classes and culture of the university system, and set aside religion as an arcane belief for the weak of mind.

While some organizations on campus sought to synthesize their message and tailor it to a more compatible version of what students received in the classrooms, Chabad never sought a new PR campaign and never wavered in its message and wisdom. In my four years at the University of Oregon, I never doubted my connection to Judaism. But I am fully aware that the meaning I take from my Judaism I owe to Chabad.

Moving on to life outside of the campus community, where now it is my turn to make a difference, I am reminded of the ways in which Rabbi Asi and Rebbetzin Aviva Spiegel have dedicated their lives in Eugene, to enriching the student community and offering pathways to Jewish spirituality and learning through Chabad.

Over the years, I’ve had Shabbat meals with the Spiegel family, joined their Saturday morning minyans, Tanya classes, women’s Rosh Chodesh programming, celebrations of the Jewish holidays, and so much more. In these and other ways, the Spiegel’s have certainly exemplified this beautiful tradition and have done so beyonwhat anyone would have expected possible in Eugene Oregon.

In my involvement with Chabad, I have learned that the wisdom and teachings of the torah are not so contradictory to that of the contemporary secular world. Rather the knowledge of the Torah and knowledge of the sciences may be seen as complementary, each infusing the other with new perspective.

During this time of choosing majors, minors, and designing one’s life path, Chabad has taught me that balance and strength are all part of the educational process and that one does not need to cease being Jewish when you step in a classroom and then return to Judaism when the bell rings. Pursuing knowledge is a Jewish concept; debating and arguing the nuance of interpretation is the original Jewish major.

In addition to the disciplines of medicine and law, Jews are very prominent in the field of academia; what better time is there to explore Chabad’s message than in college, when young Jews acquire the skills and knowledge to embark on these professional paths. Accessing all forms of knowledge, being open to many explanations, and exploring the meaning behind each new lesson is a pillar upon which Chabad rests and is the foundation upon which Chabad of Eugene has been established.

In life generally, but particularly in college, it is important not to compartmentalize one’s Judaism as simply something to do or someone to be on Shabbat. Chabad has illuminated this message and many others for students on campus; it is in this light that I now enter the job force and the “real world”. After four years at the University of Oregon, I can safely say that looking back, Chabad of Eugene offered me more than meals and programs. Chabad offers students strength and balance, qualities necessary to go forward in life and on a path of yiddishkeit.

The message of the Rebbe was one of educational exploration and sharing, and so I take it as my duty to share with other Jewish students at the University all that Chabad has to offer and I encourage community members to consider what it means to share as well. An investment in Chabad of Eugene is an investment in the well being of the Jewish community in Eugene. As the Prophet Jeremiah said, those who seek the peace and wellbeing of the [community] in which they live, will themselves be blessed with peace and wellbeing.

May the coming year present each of us with opportunities to learn and to share.

Jamie Zebrak was born and raised in Atlanta Georgia. She moved out to the PNW to attend the University of Oregon where she majored in Psychology and International Studies with a focus in the Middle East. During her four years in Eugene, Jamie was involved with Chabad, Hillel, and the Jewish Student Union. In 2006 Jamie traveled to Israel for a year to study at Hebrew University and participated in the Honors program for Middle East Studies. Upon returning to Oregon in 2007, Jamie served as an Emerson Fellow with StandWithUs  and started an on campus Israel Advocacy group called ThisIsIsrael. She also served as Student Director of Chabad for the 2008 and 2009 school years. In 2008 Jamie and her partner Jodi Meyerowitz founded a non profit for Jewish college students in America and in Israel which focused on Jewish identity and social justice. The program, Shomer Achi, is in it's pilot year and will scale to other campuses in the coming years. Jamie is currently working in Boston at the Consulate General of Israel serving New England as Director of Public Diplomacy.