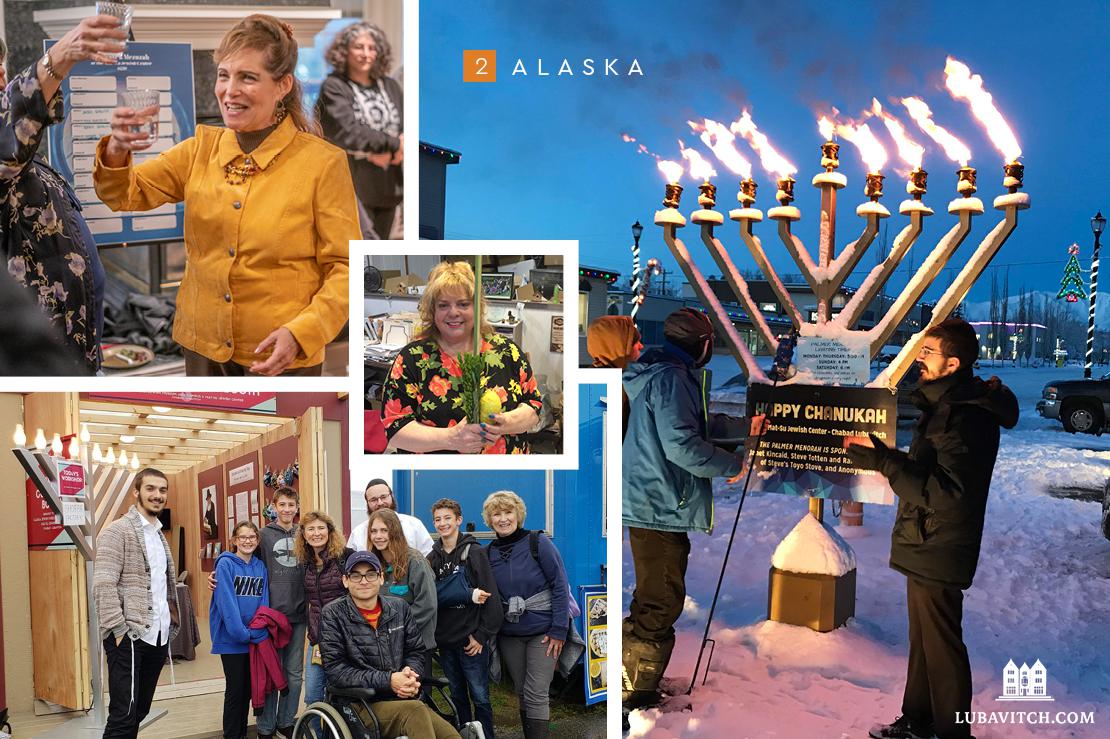 On a short Friday afternoon in December of 2019, Rabbi Mendy Greenberg pops into the Veterans and Pioneers Home of Palmer, Alaska. When he stops at the front desk to see if there are any Jewish residents, he’s told no, but there is someone with a Jewish background.

“After getting his permission, I walk into Fred Mane’s room. The 90-year-old looks at me, and says, ‘I switched teams already. My mother and father were Jewish, but I’m Catholic.’”

Fred was born into a religious family in Wachenheim, Germany in 1929. He recalls his mother’s two sets of dishes, sitting with his father in the men’s section of the synagogue, and a week-long holiday with no bread. After Kristallnacht, he was sent with his sister on a train to France, and by a series of miracles, the two caught a boat to America in 1941. A year later, he had a bar mitzvah in New York, his last Jewish connection.

Fred never saw his parents again: they were killed in a concentration camp soon after their children escaped. As a teen, Fred joined the army, later marrying a Catholic woman from Minnesota and relocating to Alaska. He’s been here ever since.

“You remind people of things they don’t want to think about,” Fred grumbled to the rabbi after finishing his tale. Greenberg was not deterred. On Chanukah, he brought his young kids, a menorah and a tray of latkes for an impromptu Chanukah party. When he offered to help Fred put on tefillin, the nonagenarian emotionally declared, “my parents would be so happy to see me.”

Greenberg visited regularly for the next few months before Covid-19 hit. Then he delivered matzah on Passover and blew the shofar on Rosh Hashanah (from a distance).

Greenberg has been a resident of Alaska since he was a baby, when his parents moved to Anchorage as the Lubavitcher Rebbe’s emissaries. When he got married, he and his wife moved to Palmer in the Mat-Su Valley. The couple has been here for five years and estimates that 1,000 neighbors are Jewish. The Valley is the fastest-growing area in Alaska and a popular tourist destination.

It can snow here from the autumn festival of Sukkot straight through Passover in the spring. During the months of July and August, Shabbat begins at 11:30 pm on Friday evening. It doesn’t end until 2:00 on Sunday morning. These quirks make Jewish life interesting; but, insists Greenberg, “nothing stops here because of the weather.” Chabad of the Mat-Su Valley is the first and only Jewish experience available.

Rabbi Greenberg hosts menorah lightings in the two main towns of the Valley, Wasilla and Palmer. Residents of each brag about whose menorah is larger. When the Wasilla menorah lost a couple bulbs one year, the mayor’s office fielded numerous concerned calls from worried (non-Jewish) citizens. When the menorah was once delayed for two days for technical reasons, residents called city hall to question and complain about its absence.

A year after meeting Fred, this past December, Greenberg again brought a menorah to the Pioneers Home. This time, due to Covid-19 restrictions, he lit it outside Fred’s window in the raging wind, singing Chanukah songs well into the night. “I realized that Fred arrived in America in 1941 around the same time the Rebbe did, having also escaped the Nazis. It took eight decades for me to find him, but the Rebbe’s vision of reaching every Jewish soul is being fulfilled. Even in Palmer.”

Related Articles
View All
Centers
Jeff Brought Chabad to Guelph, Now It Carries His Name
This July, on Jeff’s yahrzeit, the Dr. Jeff & Lisa White Chabad of Guelph was dedicated in his honor
Centers
Nourishing Souls in Laguna Niguel One at a Time
One person at a time, a small California community outgrew their existing space. Now they purchased a new 12,000 square foot building to house Chabad…
Centers
Small Town, Small Miracles, Big Impact
A Chabad couple puts their gift for leadership, friendship, and partnership to work, enriching the Jewish community of Las Cruces, NM
Centers
New 770 Replica to Serve as Innovative Headquarters for Chabad of Illinois
First envisioned by the late Rabbi Daniel Moscowitz, the already-iconic building is eight years in the making
Get Inspiration to your inbox!
Newsletter
Join our weekly newsletter for inspiration and updates
Donate
Find Your Local Chabad Center
Subscribe
|
Log In
Chabad
About Chabad-Lubavitch
About Chabad Lubavitch
The Rebbe
Headquarters
Magazine
Magazine
News
News & Updates
In The Media
Impact
Social and Humanitarian
Social and Humanitarian
Education
Education
Community
Community