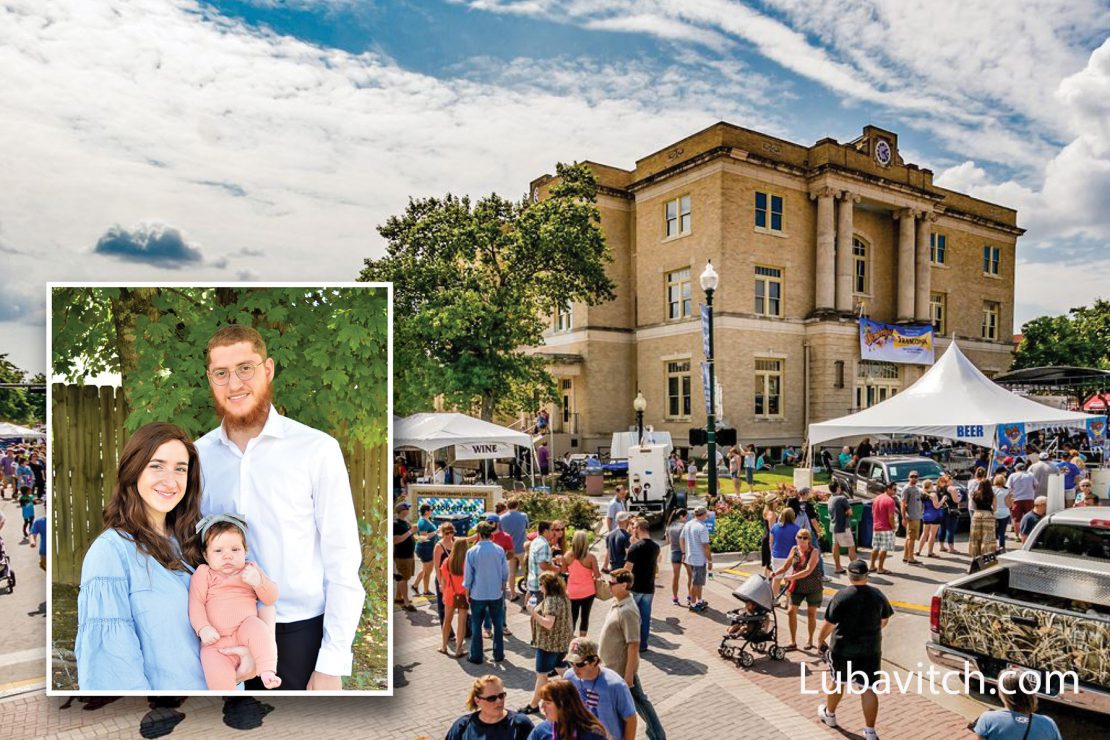 In October, Rabbi Sholom and Chaya Block will be packing up the home they’ve lived in since their marriage eighteen months ago and setting out to serve the Jewish communities in Allen and McKinney, Texas.

The Blocks, along with their newborn daughter, Bina will make history as the fiftieth Chabad couple serving the State.

Chabad Lubavitch of Texas directors, Rabbi Shimon and Chiena Lazaroff were the first to arrive in 1972. “Any round number—be it one, ten or fifty—is exciting,” Rabbi Lazaroff shared in an interview with Lubavitch.com. “I am full of thanks to G-d, and the Rebbe, that we are able to reach such a milestone in what was once a Jewishly distant place like Texas.”

When the Lazaroffs set out for Houston from Brooklyn forty-seven years ago, they themselves marked a milestone as the tenth couple ever dispatched by the Lubavitcher Rebbe to nurture Jewish life in cities around the globe.

At the time, the Rebbe instructed the pioneering young couple to make sure that there would be a kosher mikvah and strong Jewish education. “When we arrived, we were the only Shabbat-observant Jews in the city,” says Rabbi Lazaroff. And though there was a mikvah, it was in such a state of neglect that Chiena would travel four hours to San Antonio whenever she needed to use the mikvah.

But they followed the Rebbe’s instruction, and Chabad now operates six beautiful and fully kosher mikvahs in Texas. The Lazaroffs opened the Torah Day School of Houston, which now has 200 kids enrolled from preschool through eighth grade.

Now the Blocks will further the mission the Lazaroffs began, bringing programming for Jewish life to the newly blossoming cities of Allen and McKinney in Collin County in the Dallas-Fort Worth area.

In 2014 Money Magazine rated McKinney as the number one place to live in America. An exurb of the Dallas-Fort Worth Metroplex, thirty-two miles south of Dallas, the city has enjoyed sustained population growth since 2000. It was consistently listed among the nation’s fastest-growing cities from 2000 to 2010, with its population estimated to now be at 203% of what it was in 2000. Nearby Allen is not far behind having grown 122% in the last two decades.

Texas as a whole, is experiencing such both domestic and international immigration, as people are attracted by a robust job market, affordable standard of living, natural beauty and Southern hospitality.

Within the State, Collin County, with its stable economy and affordable housing is seeing the bulk of this influx. Giving McKinney an extra edge is the way the town has been designed. Developers incorporated many parks and recreational areas, including a cobblestone downtown area, allowing the city to retain a small-town feel.

“With all this growth, an influx of Jewish families is obvious,” says Rabbi Block.

The young family will initially settle in Plano, where Sholom grew up and where his parents, Rabbi Mendel and Rivka Block have directed Chabad of Plano and Collin County for twenty-seven years. Located just 14 miles from McKinney and 7 from Allen, they will use Plano as a base to lay the necessary groundwork so they can build a future Jewish community. “We will visit people in their homes and network with Jewish residents as we assess where the Jewish needs lie,” he says.

“It’s exciting to start our own enterprise, based on the upbringing our parents gave us,” says Chaya, who grew up in Birmingham, Alabama where her parents Rabbi Yossi and Miriam Friedman serve as program directors for Chabad of Alabama, ”Growing up as Chabad emissaries, I know how much impact we could have on people’s lives.”

The Jewish Federation of Greater Dallas estimates there to be only 300 Jewish families in Allen and McKinney, but the young rabbi thinks that estimate may be too low. “Once we are on the ground, I’m sure we’ll meet more people and we look forward to establishing a permanent Chabad in the area,” he says.