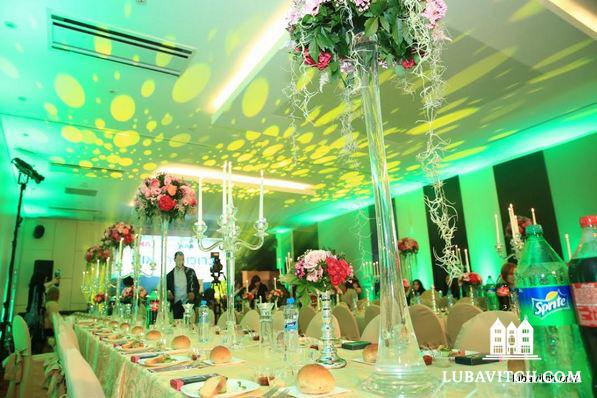 All News
Go to Photo Gallery
By Dvora Lakein

When the Nazis invaded Prague in 1939, they seized Judaica collections from around the region. Their goal: to replace the Jewish Quarter’s residents with the “Museum of the Extinct Race.”

This week, almost 80 years later, 150 women gathered in that same quarter to celebrate the rebirth of the race that never became extinct. The women, Chabad representatives all, lead vibrant Jewish communities in 28 countries across the continent.

The conference was under the auspices of Chana, the European Jewish Forum for Women. The organization’s main focus, explained director Chani Margolin, is to galvanize and service these female leaders who in turn inspire their individual communities. The challenges of the European Jewish scene are unique, Margolin maintains. Local Jews are still hesitant to acknowledge their religion and many live in remote, small cities. To ease the representatives’ work, Margolin planned a well-balanced menu of offerings including leadership workshops, health and mental wellness trainings, specialized support groups, and relationship counselling.

Prague’s ancient byways were not chosen by chance. Prague and the previous host cities, Venice, Vienna, Brussels, and Budapest, share something in common. “Each city represents the cycle of Jewish history here in Europe,” explains Leah Namdar, Chabad’s representative to Gothenburg, Sweden. “There is the glorious Jewish history, the painful Jewish history, and then the beautiful revival.”

Between lectures, the women visited the city’s old synagogues, stopping at the Pinkas Shul and a memorial to the 77,000 Jews deported from the area. “It was a soul-shaking experience,” Namdar relates. “But at the same time, across the street is a Chabad truck offering kosher pizza and a chance to do a mitzvah. Prague is an incredible example of the Jewish resurgence in Europe.”

The mood across Europe, though not akin to that of the 1930s, is still somber. But “interestingly,” Namdar says, “even though it is something that has become a grave concern, the atmosphere at the conference was uplifting and growth-oriented. There was a tremendous focus on building, building, building.”

Mushka Nisilevich is American-born. When she moved to Aubervilliers, a Paris suburb, there was a serious learning curve. “The European mindset is different,” she believes. “People relate to things differently here, they expect different programs. Learning what inspires people and how they want to connect is very helpful.”

And then there was the social aspect. Nisilevich roomed with an old friend stationed in a different country and made a new friend, a woman who lives 20 minutes away.

This is the fourth Chana convention that Raizel Zaklas has attended. For the representative to Zagreb, the retreat offers her only chance to socialize with like-minded women. “In Croatia,” she shares, “we are the only religious family. I feel a lot of loneliness. The main reason I go is for the warmth, the friendship.” The pampering doesn’t hurt either. For three days she, and her colleagues, relieved of the endless hosting and preparing they do, were served gourmet meals. Cooking in Zagreb requires eight hours of driving beforehand to purchase the kosher supplies.

Dina Deutch, Chabad’s representative to Samara, Russia, attended the convention for the first time. Though she travels to New York for the International Conference of Shluchos (an annual gathering that attracts 3,000 women) she found this small event to be particularly conducive for bonding and networking. “We all live in Europe, we all stayed in the same hotel, we all have similar situations. This regional convention left me feeling closer to my fellow leaders and gave me practical ideas and solutions for my particular community.”

One of the challenges the women shared was the lack of local schooling. All seven of Deutch’s children left home before their bar or bat mitzvahs. Her boys attend Yeshiva in Moscow while her daughters go to school in New York. Keeping in touch with them, and on top of their studies, is a recurring struggle. Talking it out, with women in the same boat, proved to be cathartic and practical. One woman described her son’s phone call to his friend, his grandparents. Emotionally, she spoke of her child’s inherent loneliness. Another woman, a few seats over, piped up that she has a son the same age, only four hours away. Perhaps they could be friends.

Back home in Sweden, Namdar has time to reflect on the retreat. “Looking around that room, and seeing 150 women representing 150 communities that could have been forgotten, was a tremendously powerful feeling,” she shares.