Essay: On Vulnerability and Trust 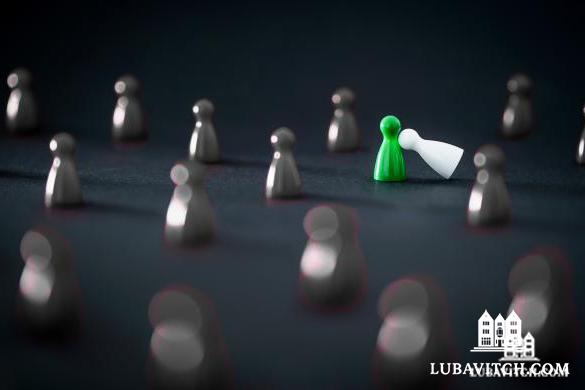 It is a glorious Shabbat afternoon, the last day of Passover. As the weeklong festival draws to a close, I am enjoying the murmuring banter of family and friends and the high pitched hum of young children at play, when a student comes rushing in with the awful news about Poway.

Everything moves in slow motion. Because it is a holy day, the usual ways in which we cope with the unfathomable are not available. We cannot call family and friends, nor scour the internet for details in an effort to contain the tragedy—to render it somehow comprehensible.

I feel sadness, anger, concern, an inner beseeching of G-d on behalf of fellow Jews who are on the other side of the continent. But as I face this horrified eighteen-year-old student, I know the one emotion that I cannot allow myself to express in his presence is vulnerability.

II. When did it become fashionable to talk about the power of vulnerability as if it were something positive rather than an inevitable fact of life?

I have read teachers’ guides that advise instructors to “show their vulnerability” to their students as a way to deepen their relationship and allow students to open up; I have had business students tell me that they were advised to make themselves “vulnerable” to clients who made themselves because it could cement a connection. Marriage counselors suggest building intimacy by making oneself vulnerable to a spouse. I have even listened to public lectures in which the speakers, off topic and without warning, revealed deeply intimate facts about their lives—such as the fact that they had been abused, neglected, or molested.

In each of these cases, making oneself vulnerable demanded a response that the listener might not have been fully prepared to give, forcing a relationship to develop on an unnaturally accelerated timeline without offering anything in return. Relationships sometimes survive this kind of manipulation, but they are not the healthier for it.

The assumption is that it takes courage to share our flaws and imperfections (it does), rather than hiding behind a façade of competence that implies we have it all worked out. Vulnerable moments are seen as springboards to growth. And they often are. But when we try to exploit vulnerability, rather than respond to the reality of its existence, something about it changes.

To proclaim oneself vulnerable is to claim all the air in the room, to expect support while simultaneously failing to provide it. Vulnerability fails because it turns the focus inward, so that we see only our own need (or the possible potential in mining another’s vulnerability for or own benefit). At its best, vulnerability is self-centered, feeding narcissism; and when it goes sour, it results in exploitation and betrayal.

The healthy counterpoint to vulnerability, however, is not a false front of invincibility and independence. Rather, it is an appropriately placed trust. It is the humility to recognize that despite our personal limitations, we are blessed to be a part of G-d’s universe and a member of the Jewish people. It is the perspective that allows us to see that, though at times we feel lonely, in truth, we are never alone.

Trust—and the courage to trust—is necessary for growth. For until we trust, we remain locked in the prisons of our own weaknesses and failing. “Making yourself vulnerable,” by contrast, triangulates selfish indulgence, brash manipulation, and thoughtless irresponsibility.

III. The difference between trust and vulnerability is strikingly illustrated in the Book of Exodus. The Jewish people, having left Egypt, find themselves trapped. The sea is before them, the chariots of armed Egyptians behind them, desert to either side. And yet, in a supreme act of trust, they continue forward, and find that G-d splits the sea before them.

Days later, the Jews find themselves without potable water. Rather than turning to Moses with trust, asking him to intercede with G-d and assist them as He did at the splitting of the sea, they begin to grumble and complain, asking, “Is G-d in our midst or not?”

The Jewish people strikingly proclaim their vulnerability. They fail to express trust.

The nation of Amalek sees this moment of weakness in the Jewish people, and senses that it is ripe for attack. Rabbi Efraim of Luntshitz (1560-1619), author of the Kli Yakar commentary on the Torah, cites a midrash that compares Amalek to a parasite whose mouth is too weak to penetrate unbroken flesh. But when there is an open wound, the parasites congregate and exploit the weakness, sucking the blood and expanding the wound.

Moses’s response to this moment of national vulnerability and self-pity is instructive: He does not respond harshly at this moment of danger, castigating the Jewish people for their doubts. But he does not mirror it by questioning his own ability to lead them in the face of their disgruntlement. While there are other times when Moses expresses these very sentiments, he knows that right now, they risk being crushed under the weight of their own moral failing. At this moment, they need something different.

He sends Joshua out to lead the people in battle and stands with his arms upraised, in that universal gesture that implies both supplication and confidence. When his arms tired by gravity, Hur and Aaron sit Moses on a rock, stand on either side of him, and support his arms, so that his hands remain upraised and steady until nightfall.

Vulnerability is not an objective to be pursued or celebrated: it reflects the breakdown of physical health and spiritual wholeness. And its antidote is steadiness and trust.

IV. It is the Monday after the Poway shooting, and we are meeting with the student board of our Chabad House. So much of the culture we took for granted—the unfenced yard, the unlocked door, the open and indiscriminate welcome—seem part of an earlier era.

We are in touch with local authorities. We know some things will have to change moving forward. And yet we know that to react by making Jewish life invisible—as it is in so much of Europe—is the wrong response. We cannot build Jewish courage and conviction by cowering.

We know our vulnerability, but we do not amplify it, and we do not become identified with it.

Rather, inspired by Chabad of Poway’s Rabbi Yisrael Goldstein, we ask students to come to Chabad in record numbers for the following Shabbat, to show by their presence that we will not succumb to fearfulness, but that we will instead be emboldened by our sense of mission. This is how we lead.

We do not have all the answers. We cannot always avoid the cracks in the armor, the unsolicited fact of our vulnerability. But neither should we embrace it. For ourselves, and for our communities, we model faith and trust in G-d, hands firm and upheld, until the sun has set and the battle is done.

Those who trust in G-d are like Mount Zion, which never falters, but abides forever. Mountains surround Jerusalem and G-d surrounds His people now from this time and forever.