Empowered to Choose, Even Behind Bars 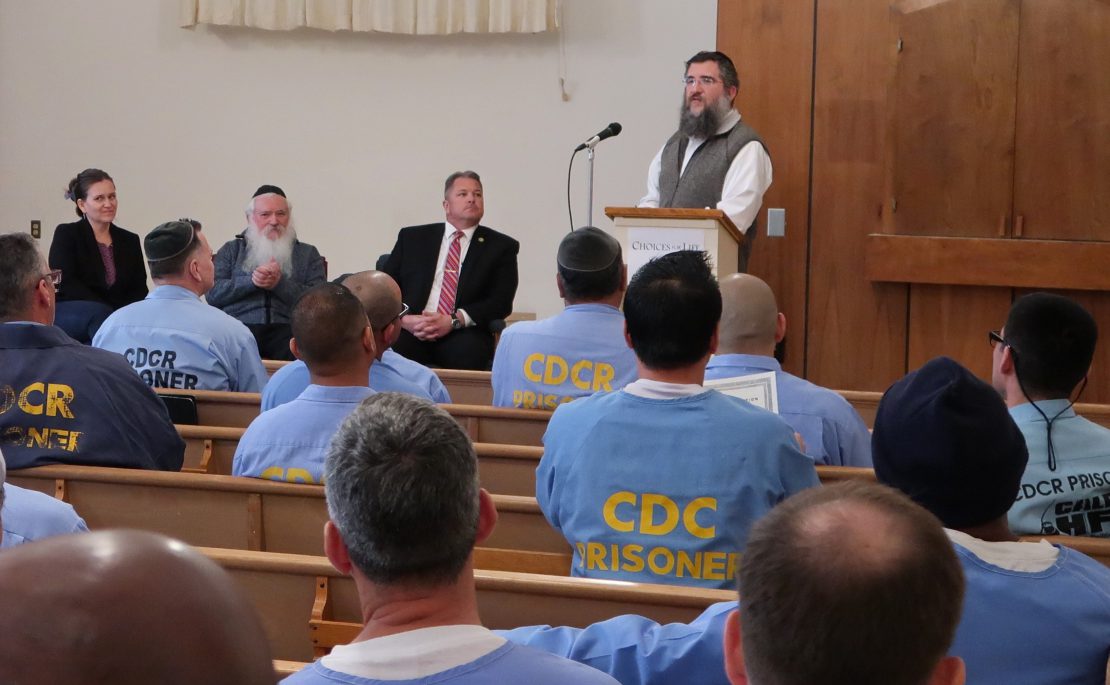 Prison reform is a buzzword among politicians and lawmakers, but one rabbi who can report on the efficacy of rehabilitation from within, says the impact cannot be overstated.

Earlier this year, some twenty inmates gathered in the chapel at the California Department of Corrections and Rehabilitation’s Correctional Training Facility, known as CTF Soledad on California’s Central Coast. They were joined by Rabbis Manis and Yochanan Friedman, CTF’s Chief Deputy warden and other prison officials who had come to take part in their graduation ceremony. They each received a certificate for having completes CTF’s newest study course, titled ‘Choices for Life.’

Rabbi Yochanan Friedman directs Chabad by the Sea in Santa Cruz and is also CTF’s Jewish Chaplain who created the Choices for Life course that led his students on a journey of self-help.

In over ten years of service and thousands of hours of Torah classes he has helped many an inmate derive personal inspiration from the ancient wisdom of the Torah. But he wanted to make it more relatable to his unique audience. “I wanted actionable Torah teachings tailored to the specific experience these guys are going through,” he says. He found what he was looking for when he remembered a Chassidic idea taught by his father, Rabbi Manis Friedman on the paradox of existence versus life. The idea being that existence requires only sustenance and shelter. But to exist is not the same thing as to be alive. To be truly alive, one needs a purpose.

Through eight weekly sessions he taught his students that despite past wrong turns, and notwithstanding present circumstance, by choosing to focus on where they can be of service, they too can live meaningfully. As the Choices for Life course overview states, “to choose to be needed instead of needy.”

As students accepted their certificates, many of them were too overcome by emotion to read the written remarks they had prepared. Some spoke of how the course had given them a purpose and helped them overcome thoughts of suicide in the bleakness and hopelessness of prison life. “For the first time, I am excited to leave here. I want to help everyone realize their life has purpose,” said one inmate who is preparing for his release after a twenty-three year sentence.

Eric Dungan was one of three inmate facilitators who helped develop the program. His description; “We’re the self-help group not focused on self, but on what we can do for others.” CTF Soledad Chief Deputy Warden, Mr R. Binkele noted this attitude as he listened to the graduates speak. “Listening to you all this evening makes me feel I am a little self-centered,” he quipped.

Rabbi Manis Friedman who also spoke at the graduation was inspired by the intensity of the graduates’ appreciation. “A prisoner’s existence is painful, but these guys are on fire with the idea that by looking for opportunities to give they can choose to live.”

This course was piloted by CTF Soledad. Rabbi Yochanan would like to see it come to more of the nation’s correctional institutions. He is now working with other chaplains in Northern California and the Aleph institute, which provides services and support for Jewish prisoners and their families with plans for courses to begin in the fall.

The impact of the course on the inmates motivates him to take this further, and he is preparing a curriculum “so that others can experience the transformation we’ve seen here.” 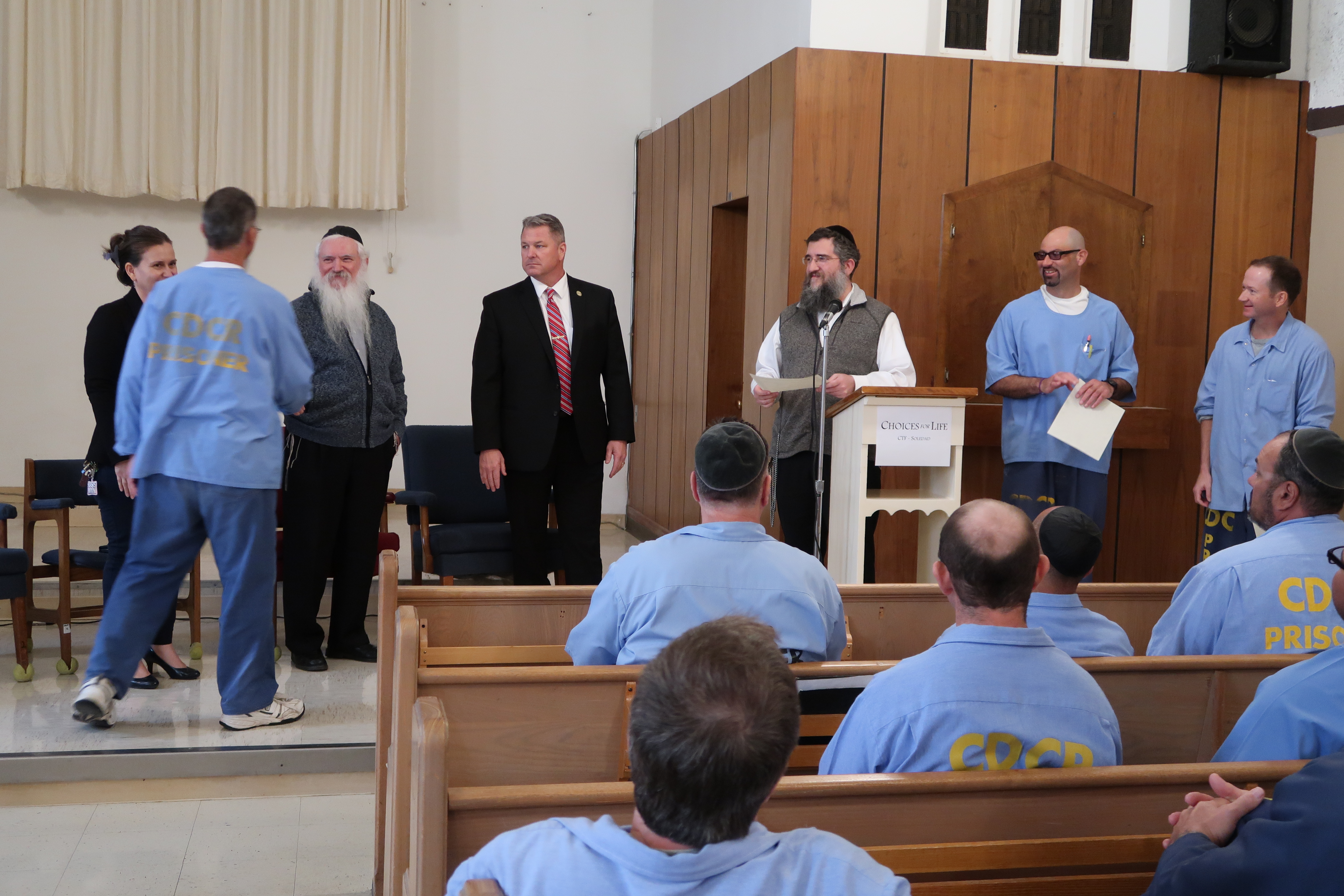