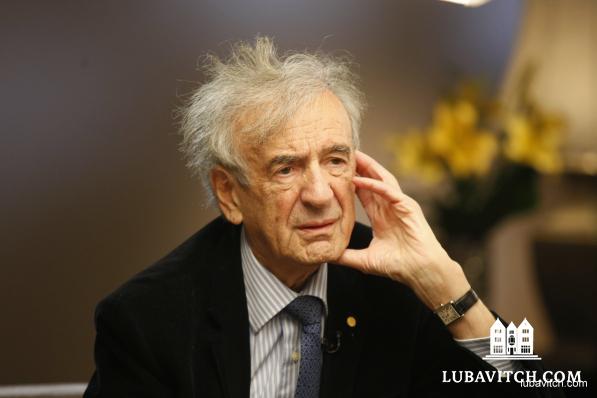 The passing this Shabbat, June 2, of Holocaust survivor Elie Wiesel, has been garnering reactions from leaders and laypeople around the world. A prolific author and Nobel Laureate, Wiesel brought the evil of the Holocaust into the public conversation stirring the conscience of society at a time when survivors’ voices were not readily heard.

“More than anyone else, Elie Wiesel did not allow the embers of the Holocaust to go out,” said Rabbi Yehuda Krinsky of Chabad-Lubavitch World Headquarters in a statement on Saturday night. “He fearlessly defended the honor and memory of the Holocaust victims even when it meant confronting President Reagan about his visit to the Bitburg cemetery back in 1985,” recalled Rabbi Krinsky, a long-time personal friend. “His lifelong determination to keep the memory of his people alive, and to raise awareness of humanity’s capacity for evil and indifference to evil, are a rare legacy.”

Elie Wiesel was born in Sighet, Romania, in 1928 to Vizhnitzer Chasidim. In May 1944, he and his family were deported to Auschwitz-Birkenau concentration camp. Branded inmate # A7713, he was the sole survivor of his family who perished at the hands of the Nazis. Wiesel recounted his experiences in Night, the first in a trilogy of his memoirs about the Holocaust, a book described by The New York Times as “a slim volume of terrifying power.”

Wiesel went on to publish numerous works, earning universal recognition and the Nobel Peace Prize, which described him as “a messenger to mankind.” He spoke truth to power, meeting with heads of state around the world, speaking up for the oppressed and persecuted at every opportunity.

In a 2012 interview with Lubavitch International, Mr. Wiesel, who had a deeply personal relationship with the Lubavitcher Rebbe, spoke of his rootedness in his past. “I would not be who I am if not for my link, my fiery link to my past, to my childhood, to Israel. I tried to pass it on to my son, my grandson, and even to my students and my readers.”

Asked what he would tell a young Jewish generation about their indebtedness to the six million people who died because of their Jewish identity, he said he would tell them that they must “therefore be Jewish.”

Wiesel spoke with deep, penetrating sadness, but was forward-looking as well. “Where there is a will, there are creative ideas,” he said.

The Holocaust survivor was disturbed by the rise in anti-Semitism. “The intellectuals are becoming more and more extreme in their condemnation of Israel.” Invited to address the General Assembly at the UN, he said: “I gave my address the title, ‘Will the World Ever Learn?’ and I came home very saddened, because it hadn’t. And yet we try to teach the world. The Jewish people tried as much as possible to bear witness. What else can one do?

Dr. Wiesel, who taught at Boston University, is survived by his wife Marion, his son, Shlomo Elisha, and two grandchildren.

Related Articles
View All
In Conversation with Nobel Prize Winner Elie Wiesel
Elie Wiesel, one of the most passionate Jewish voices of our time, enjoyed an enduring correspondence and personal relationship with the Lubavitcher Rebbe. Mr. Wiesel,…
Elie Wiesel To Hungary’s Jews: Stay Jewish
On a rare visit to Hungary this week, Holocaust survivor Elie Wiesel applauded Chabad-Lubavitch for its work reviving Jewish life in his native country.
Get Inspiration to your inbox!
Newsletter
Join our weekly newsletter for inspiration and updates
Donate
Find Your Local Chabad Center
Subscribe
|
Log In
Chabad
About Chabad-Lubavitch
About Chabad Lubavitch
The Rebbe
Headquarters
Magazine
Magazine
News
News & Updates
In The Media
Impact
Social and Humanitarian
Social and Humanitarian
Education
Education
Community
Community