Being Jewish at home and on the street 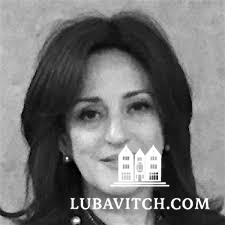 Some years ago while working on a story about a Chabad representative who led a dramatic Jewish revival in a South American country, I interviewed a local donor, an older European businessman with a thick Yiddish accent.

He told me about the positive transformation of Jewish life in his country under the dynamic leadership of his Chabad shluchim. We spoke for a while, and just as I was about to end the conversation, he asked me if he could tell me what he really thinks.

Amused, I asked if he ever took this up with the rabbi himself.

“I did, I did, many times,” he said in exasperation. “He doesn’t listen to me. But maybe if he would hear it from you, from an American journalist, he would listen.”

I thought of this gentleman’s risible suggestion again as I read about some of the reactions to the findings of the recently released Hertog Study (cover story)—“big surprise” for example, that people who look and live as traditionally as Chasidim can have impact around the world. But is anyone in 2016 really still surprised that young Jews today relate to their Chabad rabbis and rebbetzins? Or that Chabad shluchim are making inroads around the world with the values they represent?

Some, like the gentleman I interviewed, may yet be uncomfortable with Jews who are unafraid to look “too Jewish.” But they are people of a certain age and experience. And when they witness Chabad’s full embrace of religious freedom and the Jewish pride it has engendered, their fear often turns to astonishment and deep gratitude.

Many of the stories in this issue would not have happened were it not for the natural self-confidence with which the shluchim and their children wear their Jewish identity. In the last weeks of his life, David O’Malley-Keyes (p. 27) found the answer to a wish that had long eluded him. It came with two Chabad rabbinical students making their way around Wasilla, Alaska, looking very much like rabbis.

In Oslo (p.11), where Jews had taken pains to hide in plain sight, fear turned to disbelief and then to joy and pride as Chabad’s rabbi inspired them to dance with the Torah in the streets.

In this issue, we again feature (p. 12-13) anecdotes about unexpected things that happen as shluchim mind their own business taking care of routine matters. The stories illustrate that even in the quotidian, when they aren’t at all trying, Jews can make a meaningful difference if they are comfortable in their own skin.

The real surprise in all this is that there aren’t yet more such role models.

Geza Rohrig, the lead actor in the award winning film Son of Saul, was surely one of many Jews at the Oscars, but he was probably the only one there with a yarmulke on his head. In his radically evolved quest of self, (p.14) he sought a profound reconciliation with his heritage. Instead of putting distance between himself and the Jews slaughtered in the camps with the Shema on their lips, he nurtured a visceral desire to know them, to live as they did, and, as he stunningly said, to “look and think and feel like them.”

The late Arthur Hertzberg had been heard to observe that unlike Mendelssohn, who advocated being “a cosmopolitan in the street and a Jew at home” (a formula that led countless Jews off the radar and his own children to convert to Christianity), the Rebbe inspired us to be Jews not only at home, but on the street (and on the college campus, and at the Oscars).

The results of the Hertog study are now officially in: the Rebbe’s model works beautifully. Not everyone may agree with Chabad, and not everyone may be comfortable with everything it represents. No matter, they are welcome to call on the Rebbe’s shluchim in their hour of need as indeed they do. Chabad has so thoroughly and positively impacted Jewish life around the world, we can fairly say that we are, all of us, so much the better for it.