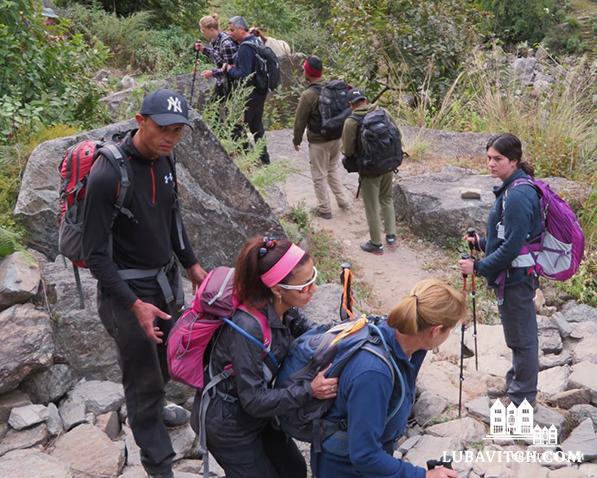 Betty Ben Bassat, of the Israeli town of Givatayim, loves hiking—she’s trekked through Israel and Europe and, three weeks ago, took a four-day hike through the beautiful Himalayan trails with a group of peers. She and the nine others in her group enjoyed breathtaking views and fresh clear air in the heart of the Annapurna region. They pressed through tough terrain, including steep slopes, suspension bridges, and fragile river crossings.

The experience, typical for many Israeli backpackers, was very different for this particular group. Betty, fifty-six, has low vision capability and the rest of the group of hikers are blind and visually impaired.

The idea of arranging a hike for the blind and visually impaired came from Rabbi Chezky and Chani Lifshitz of Chabad of Kathmandu, Nepal. “We have plenty of visitors, but we wanted to give the opportunity to experience the beauty and thrills of Nepal, to those who otherwise wouldn’t have it. This was a personal dream of ours for many years,” says Chani.

The work of Chabad of Kathmandu is well-known. Often referenced in Israeli culture and media, the center is a home for thousands of Israeli tourists and backpackers. No matter their age or level of affiliation, visiting hikers find their way through Chabad’s doors where they can learn critical safety and medical information, join one of Rabbi Lifshitz’s famous presentations on the various trails, or pick up emergency satellite phones—all in addition to Chabad’s trademark hospitality and warm approach to Judaism in the form of an open lounge, kosher restaurant, and synagogue.

The trek, which took place three weeks ago, was organized in partnership with the Center for the Blind in Israel. Tzafrir Pazi, a volunteer with the center, recalls his initial meeting with Lifshitz. “There were numerous obstacles and extensive planning needed for such an expedition. He had a clear vision which he was determined to bring to fruition.”

And so, the group landed in Kathmandu early Friday morning, on October 25. They first enjoyed an uplifting Shabbat together at Chabad and then spent a day in Kathmandu, preparing every detail of their upcoming journey. Chabad provided the necessary provisions, information on navigation and medical safety, and organized the logistics of the trip.

Thanks to four volunteers, young Israeli backpackers vacationing in Nepal recruited by the Lifshitzes, the group was able to successfully complete the intermediate-level hike. “Essentially, the volunteers were the eyes of the hikers, guiding them on maintaining proper footing, where to step forward, and describing the view and surroundings, so they can have a sense of it as well,” says Pazi. Betty says they were “so kind, sensitive and positive, that they created a real enjoyable experience.”

Of the hike, she says, “It was hard work, but the sound of the rivers, the fresh climate and the great accomplishment of it all was unbelievable and therapeutic.”

Though only having just met a few days prior, the members of the group returned from the trip with an unbreakable bond of trust and friendship. In all a group of ten, there was a warm and intimate feeling when they joined together for a second Friday night Shabbat dinner to mark the conclusion of the trip.

“At the close of the trip, I was tired but uplifted by the experience and inspired by the people I met. In the rabbi and Chani I saw two people who are dedicated to being there for another Jew, no matter the differences we might have,” Betty says.

“We wanted to convey the message that anything is possible,” Chani says. “We are raising a child with disabilities and this is our way of telling her that she can accomplish anything in life. We want anyone with a disability to know that not even the sky is the limit.”

Betty says she is ready for her next trek. “If there’s a will there’s a way!” 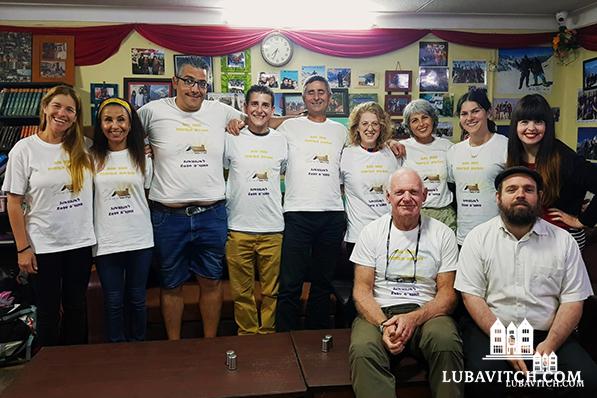 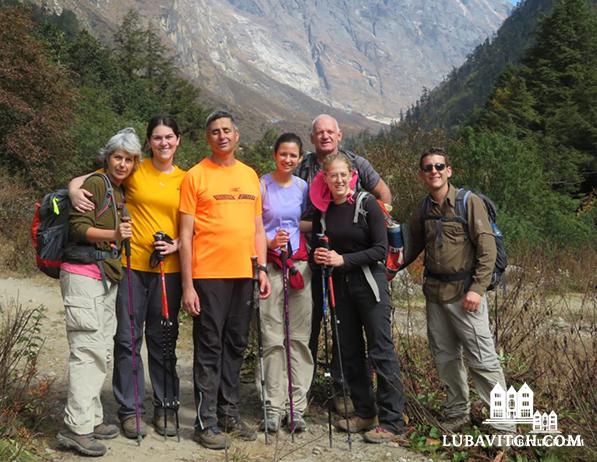 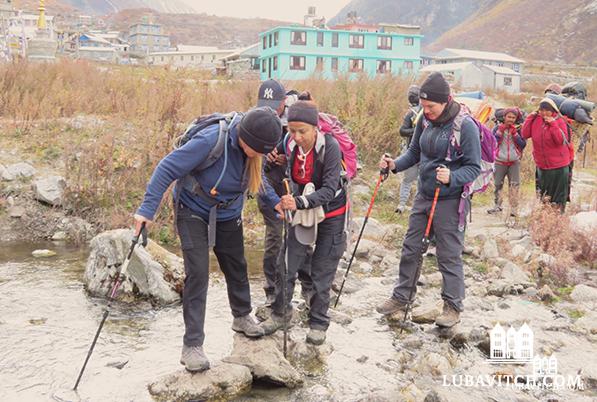 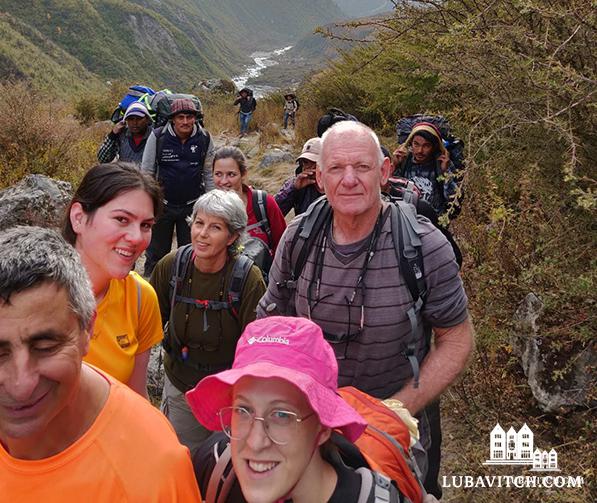 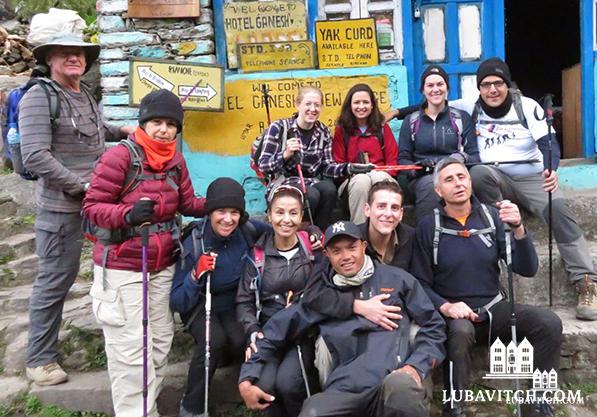 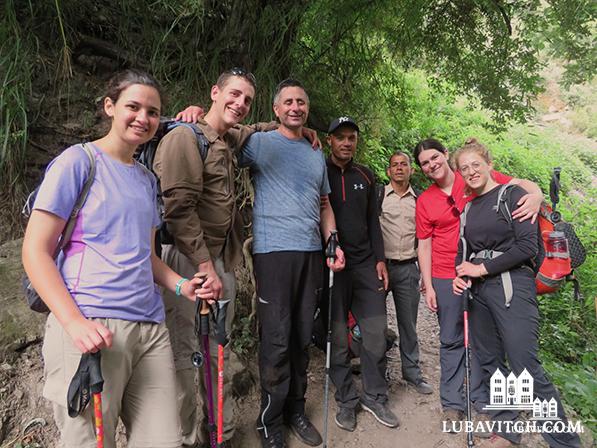 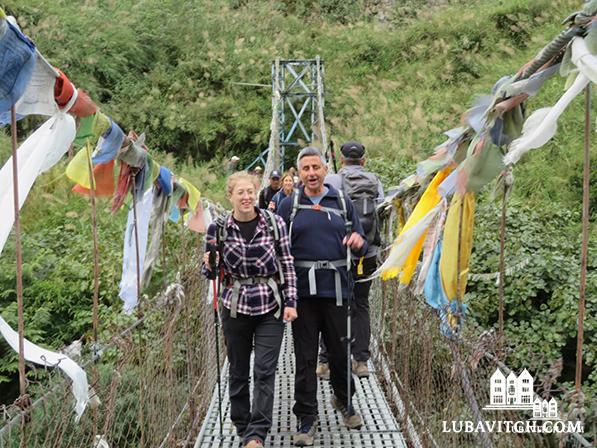 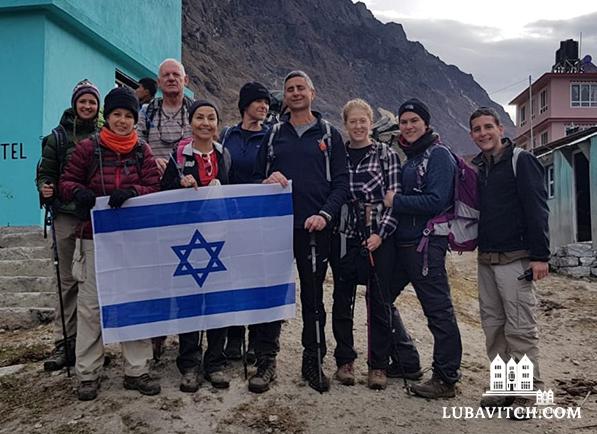