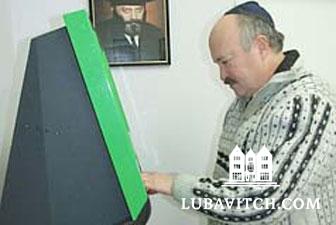 Those old tin can pushkas—collection boxes, sitting at the entrance to every shul, may soon be on their way out. The plastic’s good enough for everything else and it sure beats fishing for loose change every morning, so why not for tzedaka?

That was the thinking of worshipers in Shoshanat Zahav, a shul in Dnepropetrovsk, that recently installed an ATM on the synagogue’s premises, with a new feature that allows users to slide their card and make a donation to a charitable cause of their choosing, reports the Federation of Jewish Communities (FJC).

PrivatBank, Ukraine’s largest bank, already has a Charity option on more than 1500 of the country’s ATM machines specifically for the ANTIAIDS Foundation.

With this new feature, shul goers can slide their ATM card just as they would to retrieve money, only this time the machine—called a Tzedakamat, spits out a thank-you letter and a receipt for their donation.

A great idea for facilitating donations, and, says Community Director Vyacheslav Brez, the Tzedakamat may soon be making its appearance in other Jewish institutions in the city.

Giving charity is a mitzvah that is practiced daily, especially prior to prayers (except for Shabbat, when the handling of money and conducting transactions are forbidden).