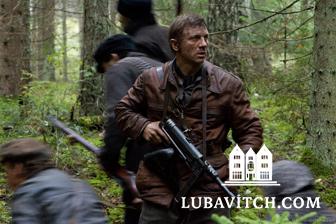 (lubavitch.com) Until he was three and a half, Isaac lived with 10,000 other Jews in the Nowogrodek ghetto. His father Zev Wolfe, a successful farmer, was licensed to provide the prisoners with wheat and potatoes from his nearby farm. In August 1942, Zev Wolfe was attacked by German officers. He escaped, but his enemies quickly turned their attention towards his wife. Sarah, Isaac’s mother, was called to the German’s head office one afternoon; she approached them with young Isaac in hand. Sarah overheard their murderous intentions (she spoke three languages including German), and threw Isaac over the fence.

That was the last time he saw her. Sarah was arrested and murdered by the Germans.

And though he can’t picture his mother, his memories begin after that tragedy.

Isaac Koll, now 70, will join his older sister Paula Burger to share those memories at the Ross Albert Scholarship Fund’s second annual gala at Chabad of NW Metro Denver. The scholarship fund established in Albert’s memory provides the local Camp Gan Israel with $9,000 in scholarship money. Until he succumbed to cardiomyopathy, Albert was known for his ready enthusiasm and fun spirit.

When he died in 2006, at the age of 13, his parents decided to memorialize him in the one way they saw fit: a camp scholarship fund for other children to have as much fun at Chabad as he did. Until now, that fund has given kids “their only Jewish experience of the year.” Its support comes almost entirely from community members, specifically from functions such as this gala. And in today’s recession, the fund’s import is only greater. This year, explains camp director Rabbi Benjy Brackman, “our camp has taken a real hit from the economy. Roughly 35 percent of our campers will be attending on scholarship.”

It is the symbolism of the June 18th event that has Brackman excited. “It is really a unique triangle at work here,” he explains. “Presenting at our event are two child partisans, whose speech will benefit children who otherwise would be unable to attend camp, all in memory of our Hebrew school student, Ross.” Though Koll and Burger never experienced camp, or an idyllic childhood, their story will help Denver’s Jewish children summer carefree.

Part of their tale is chronicled in “Defiance,” the cinematic hit about the Bielski brothers who saved 1,200 Jews in the Polish forest. Through their heroism and cunning, the Bielskis created a community (complete with clinic, court of law, and bakery) that existed for two years. When they weren’t actively saving lives, the partisans sabotaged German war efforts. Koll and Burger were the youngest member of that group.

“We were the only children with the partisans, and my father didn’t want us to be there for too long.” Instead, Koll’s father brought his children and nine other adults deeper into the forest where they lived in an underground dugout and scavenged for food. Cooking was done at night to avoid detection, food was preserved four feet below the ground. In addition to their buried home, Koll’s father built a well with a secret hiding room. They lived there for a year until they returned to the Bielskis and the other partisans.

“Without TV, radio, books, or balls,” recalls Koll, “I spent my days watching the squirrels, foxes, and wolves.” Koll adopted a chicken as a pet, calling him “hun berriya,” super chicken. The two were inseparable until the chicken was needed for soup to save a dying man’s life.

Burger, now an artist in Denver, carried her younger brother on her back and cared for him as per her dead mother’s instructions. “It was a scary, miserable, fearful time,” she says. “We didn’t think we would survive. No one did. It was only from a miracle.” Burger says she was in “G-d’s witness protection program.” Her survival, she believes, was in “order to tell my story. To be a witness forever.”

That story will help over 70 children in NW metro Denver experience a summer Burger could never have dreamed of in the Polish forest. Helping others study Torah and live Jewishly is, for Koll and Burger, one way they continue to sabotage the Nazis’ brutality.

“Jewish has to be learned,” says Burger of Gan Israel’s importance. “The earlier you teach it, the better it takes. And children learn by playing.”