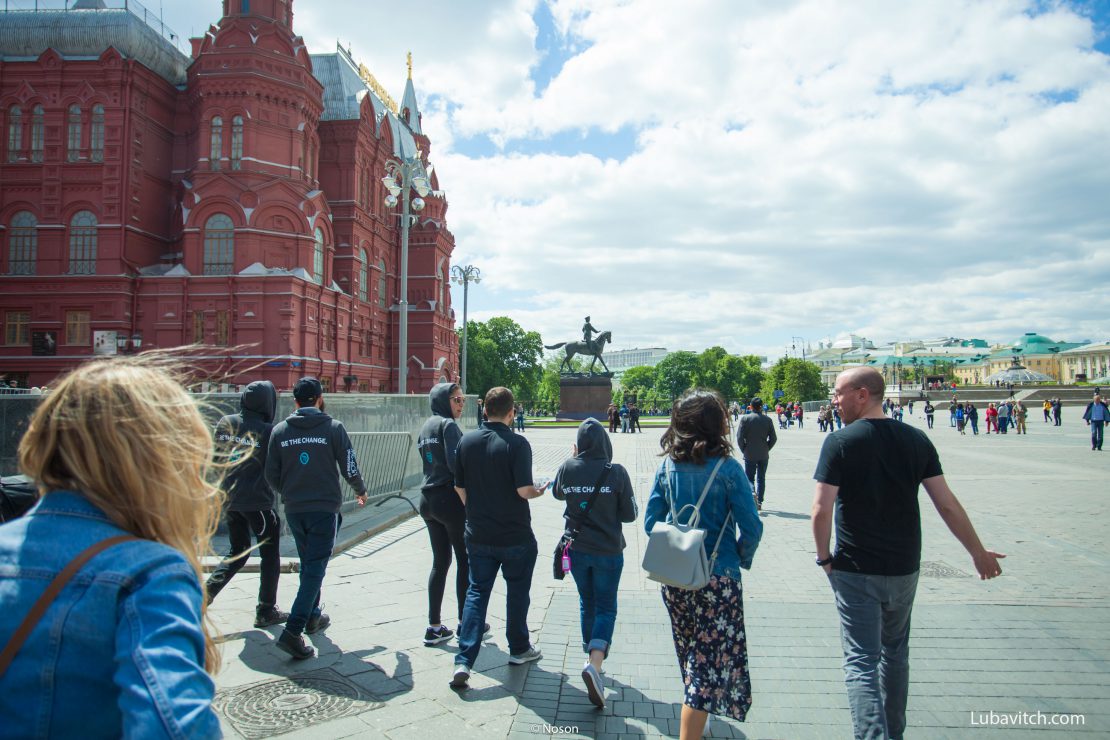 This upcoming June 16-23, Chabad’s Young Professionals program is sponsoring a leadership trip to Russia for a select group of “ambassadors.” Full story below:

Millennials want to make a difference. And Chabad emissaries want to help them do just that. That’s why they’ve started a program called Chabad Young Professional Ambassadors (CYP Ambassadors). Its mission is to honor the ambitions of the next generation by presenting them with leadership opportunities within the Jewish community.

Danit Zivan was active in Jewish communities before moving to Hoboken, NJ, where she applied to the CYP Ambassadors fellowship program. “I wanted to get back into community service,” she says. So she and her brother Devir completed the CYP Ambassador program’s rigorous application form and interviewed with the CYP board, led by director Rabbi Beryl Frankel. Ultimately, the board selected the Zivans to join the fellowship along with twenty-two other young professionals from eight cities across the U.S., Canada, and Israel. 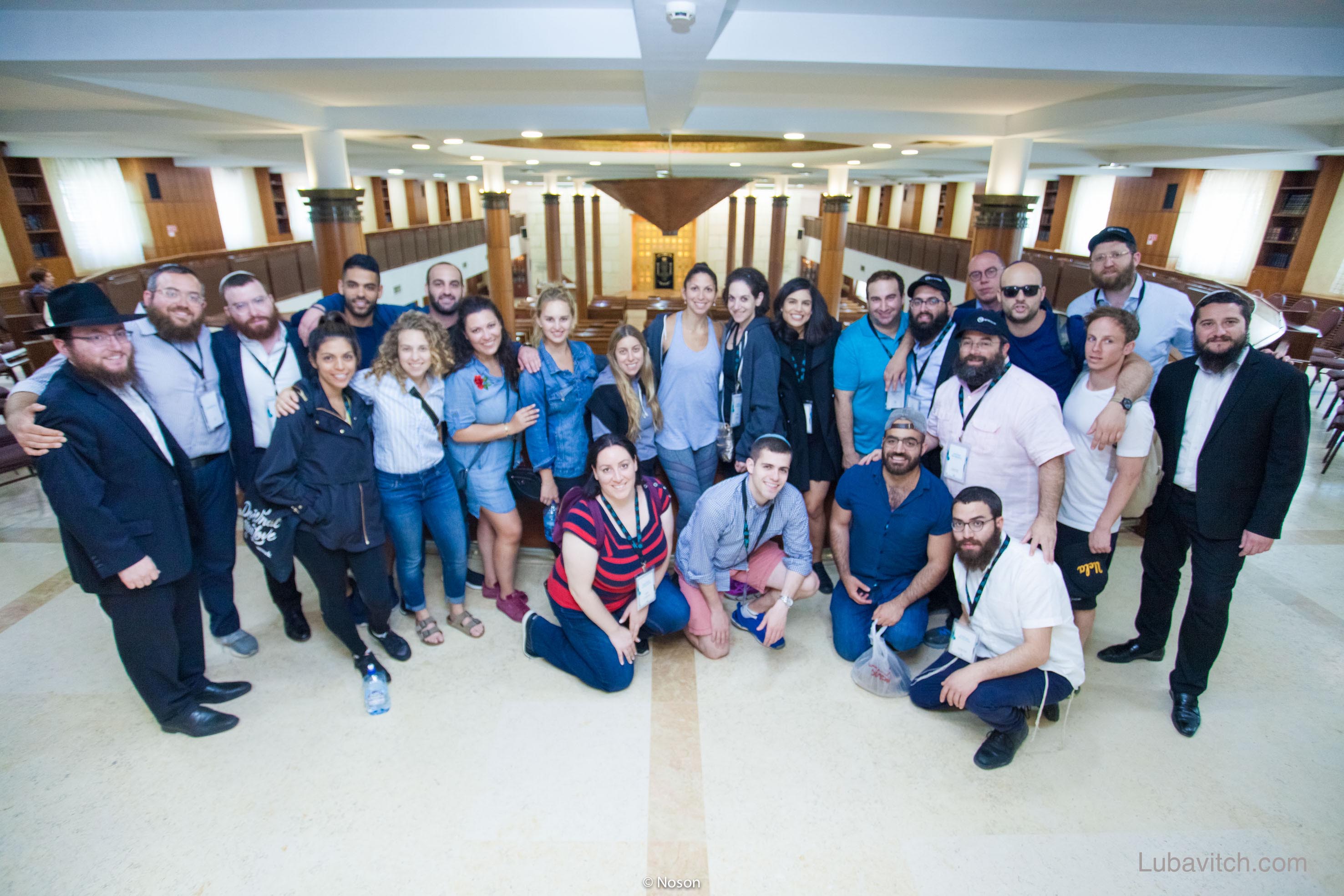 The fellowship began with a four-month course exploring Chabad’s unique perspective on the purpose of life. Created by the Rohr Jewish Learning Institute, the course examined the makings of great Jewish leaders and taught skills for meaningful leadership. It also included round-table sessions with prominent local and global influencers. “It was about self growth and challenging the way we think,” Danit says.

Following that training, the fellows went to a seven-day summit in Russia, the birthplace of the Chabad movement. There, they traced the footsteps of the Soviet refuseniks who worked in secret, and at great personal risk to keep Judaism alive under Communist rule. Danit says they were “exposed to communities we didn’t know much about.”

The tour highlighted the small Chabad-led network that sustained itself during Russia’s dark days, and looked at the flourishing Jewish community that has emerged since. “We really saw the 180-degree turn the communities took, and we met the people behind it.” The training was about developing personal leadership abilities, and the trip, says Danit, “made me see how leaders of Russian Jewry have applied those lessons.” 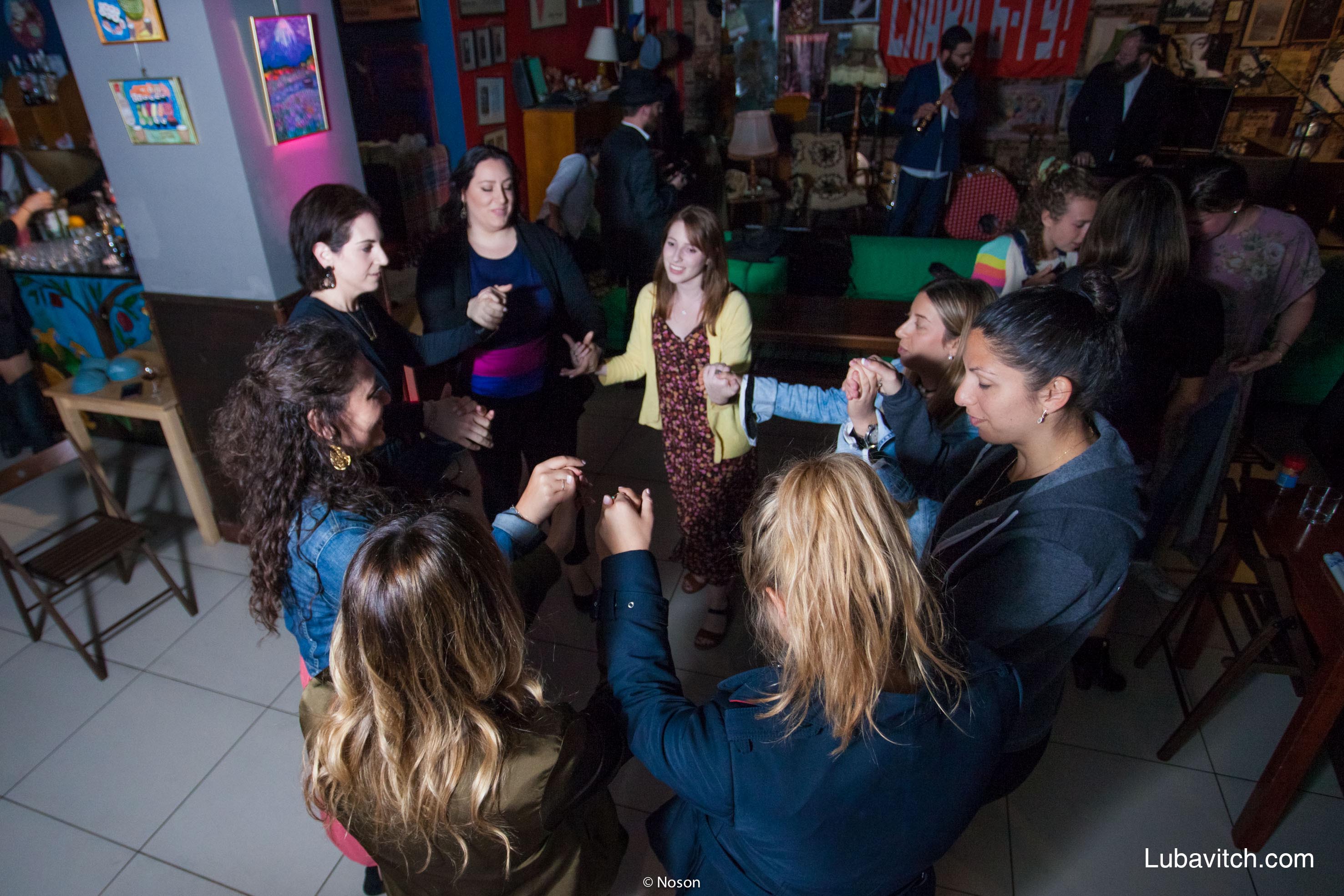 David Azaraf, a South African now living in Tel Aviv, was nominated to the CYP Ambassadors pilot run by his Tel-Avivian Chabad representatives, Rabbi Eli and Sara Naiditch. After completing the training course at Chabad on the Coast, he joined Danit and Devir on the summit, where he says, “We farbrenged all night with real refuseniks who recounted their first-person experiences of perseverance.”

David says that the summit made him consider the “social dynamics of Jewish pride. Because even when you’re in a Jewish environment, there could still be a stigma about setting yourself apart. We were blown away and awed about the ‘coolness’ and social standard of being a proud Jew in Russia.”

The ambassadors returned to their respective cities with a one-year commitment to serve their local Jewish communities. David and the Tel Aviv delegation worked with the Naiditches to launch a “First Fridays” program, dedicating the first Shabbat service and the first Shabbat dinner of every month to Jews in their twenties and thirties. But when Rabbi Eli’s father passed away on the week of the first First Friday, the rabbi planned to postpone the program. “I didn’t have the headspace to manage it,” he recalls.

Then the ambassadors stepped up. “They took on all the responsibilities involved,” Rabbi Eli says. “We were free to focus on our family while they took charge of the event. We were so grateful to have their support.” 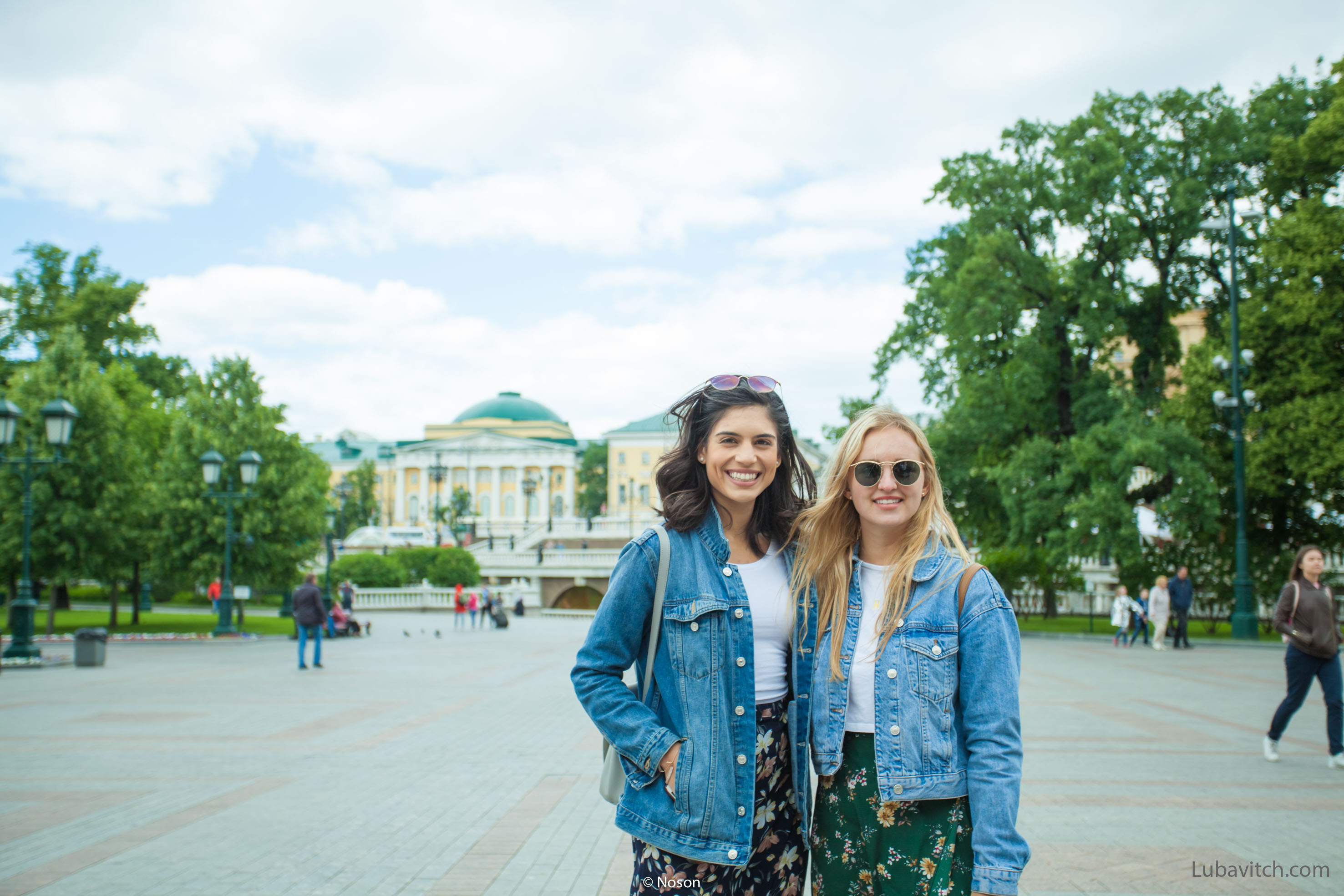 Back in Hoboken, Danit became active in her CYP chapter as well, brainstorming with the other ambassadors, implementing new initiatives, measuring program successes, and creating Jewish experiences for millennials inside her own social circle.

“You could see the effect the program had on the ambassadors,” says Rabbi Shmuly Levitin, director of CYP Hoboken. “They got the tools, training, and inspiration to make a difference in the community. And they’ve taken responsibility and ownership for making sure Judaism continues to grow and thrive.”

CYP International chairman Rabbi Moshe Kotlarsky notes that the program was equally powerful for all of the ambassadors regardless of their backgrounds, which varied greatly. Some were already religiously active while others were unfamiliar with the basics of Judaism. “One of the women came into the fellowship with very little Jewish knowledge,” the rabbi says. “By the time she came back from the summit, she was encouraging her friends to put up mezuzahs in their homes.”

Following the completion of its pilot program, CYP will open the fellowship to more communities around the world. Eligibility is restricted to 25-35 year-olds who are active members of the local CYP chapter and who are employed on a career track. The program seeks participants who demonstrate a passion for creating a sustainable Jewish community and who have previously held leadership and volunteering roles. ”‹The cost to participate in the Ambassadors Program is $7,000 and includes the training course, airfare, and meals and accommodations for the summit.

To connect with a local CYP center, visit chabadyoungprofessionals.com. 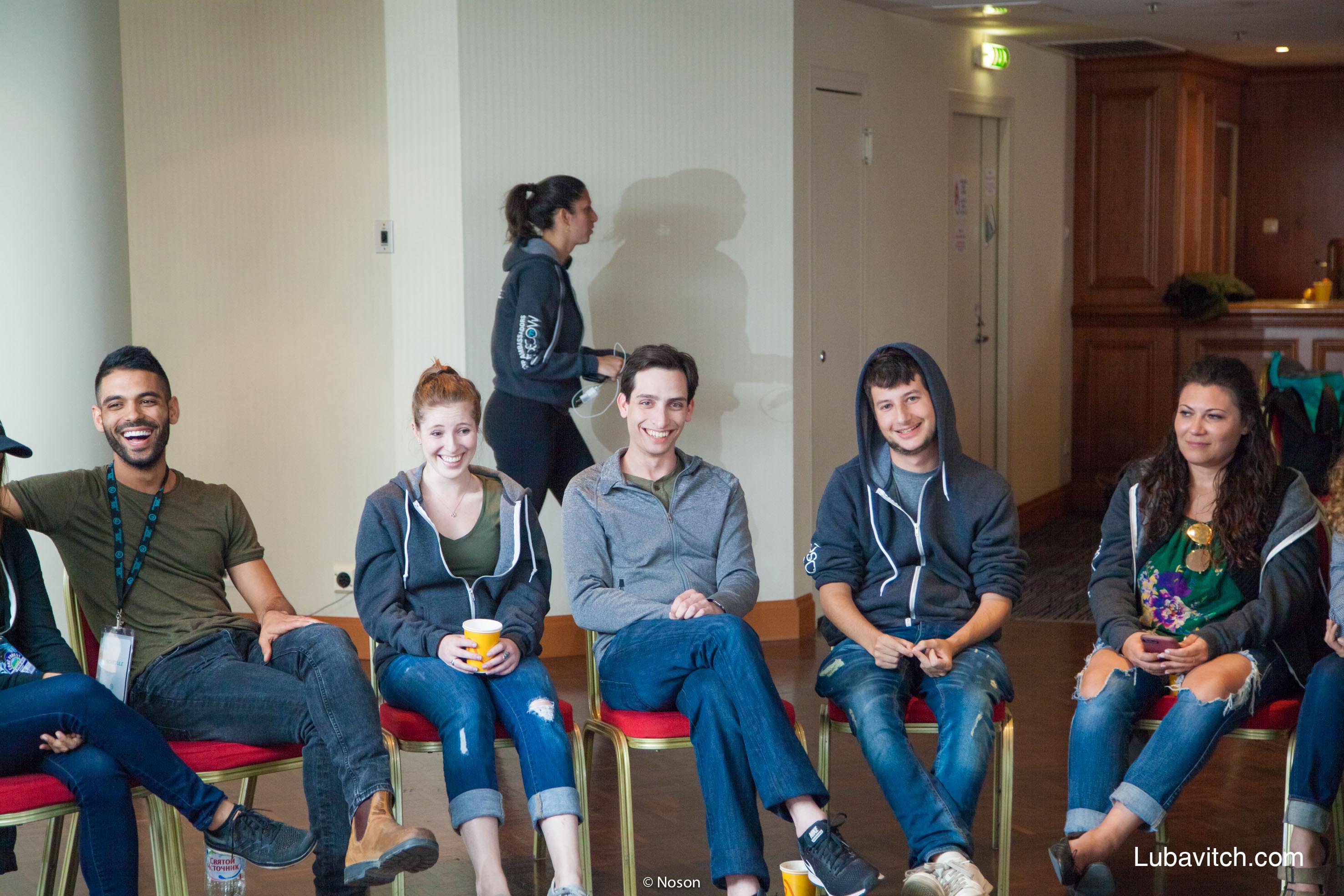 Creating a Home For the Young and Professional in Jerusalem
In the teeming metropolis of Jerusalem, Chabad is creating a young professionals community