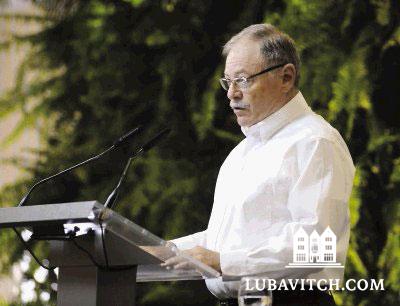 (lubavitch.com) Along with their country’s first female President elect, Costa Ricans will now have a Jewish VP as well.

Luis Lieberman, a former banker and well known financier, is to become the country’s VP. He ran with Laura Chinchilla, a social conservative, who won the elections on Sunday.

The son of Polish immigrants and grandson of Costa Rica’s first mohel, Lieberman is a close friend of Chabad’s Rabbi Hershel Spalter of San Jose.

“He was our very first supporter,” Rabbi Spalter, in Costa Rica since 1989, told Lubavitch.com. Spalter maintains a warm friendship with Lieberman, a traditional Jew, who in fact, “celebrated his own grandson’s bris on election day.”

Spalter is confident that Lieberman will be a credit to his country’s Jewish community (population 3,000).

“I hope to make the Jewish community proud,” Lieberman told Rabbi Spalter when he was nominated for VP.