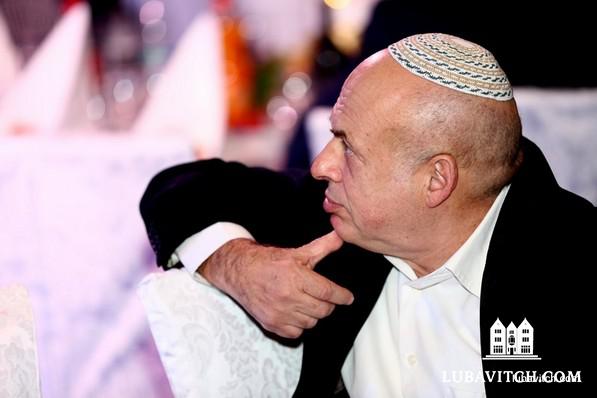 The feeling was exalted and surreal as hundreds packed a banquet hall earlier this week on the Moscow River, across the Russian White House. It was here, in Czarist Russia, where the founder of Chabad-Lubavitch, Rabbi Schneur Zalman (1745-1812) planted the movement’s roots under persecutory circumstances.

In 1798 he was arrested on suspicion of treason and brought to St. Petersburg where he was held in the Petropavlovski fortress for 53 days, at which time he was subjected to an examination by a secret commission.

Ultimately he was released by order of Paul I of Russia on the Hebrew calendar date of 19 Kislev—corresponding to December 1 this year. Jewish communities worldwide honor the date, celebrating the movement’s flowering and all manner of Chabad educational and spiritual activity.

In Russia, the date is of exquisite resonance, especially as Jewish life here has seen its own 21st century revival directly inspired by Rabbi Schneur Zalman and his successors, the Chabad Rebbes.

Rabbi Berel Lazar, Russia’s chief rabbi shared Chabad’s perspectives on the unity of the Jewish soul. Newly appointed Israeli ambassador to Moscow, Mr. Tzvi Chafetz, spoke movingly about the dramatic Jewish revival in Russia and the development of vibrant communities throughout the country—a phenomenon that would have seemed impossible when he visited Moscow thirty years ago for the opening of the Israeli Embassy.

Commemorating twenty five years since the fall of the Iron Curtain, legendary Soviet refusenik and Executive Chairman of the Jewish Agency, Natan Sharansky, spoke with gratitude of the sustaining support he and his family received from the Lubavitcher Rebbe during his bitter years in prison. He recalled how the Rebbe’s promise, that he would be released from prison came to pass in a miraculous manner shortly thereafter.

Chabad Centers in the U.S. and in 87 countries around the world, are marking the date at local celebrations. To learn more contact your local Chabad Center.