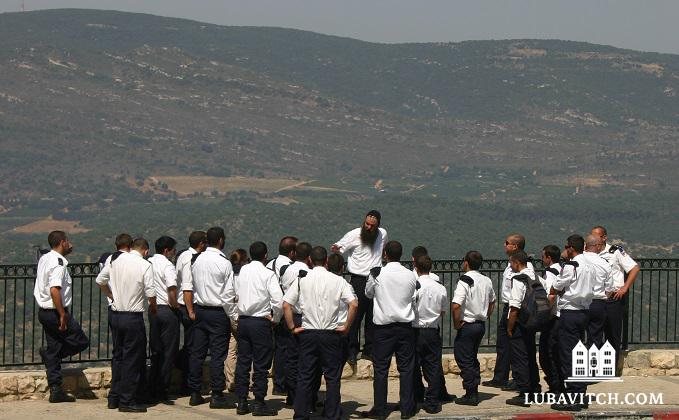 Ranked top in the world, Israel’s Defense Forces has to its credit some of the most sophisticated technology, military minds and training programs in the world. But in 2006, as the second Lebanon war with Hezbollah came to a bitter end, an internal investigation revealed a lackluster performance by the IDF.

The reason? Poor motivation on the part of its soldiers. In an academic paper on The IDF and the Lessons of the Second Lebanon War, its author, Amir Rapaport writes that “The process of drawing lessons from the war was the most comprehensive and thorough in Israel’s history.” An external investigation, The Winograd Commission, conducted at the same time, produced similar findings.

Young Israeli soldiers traditionally imbued with deep resolve to fight for their homeland and their family’s security, had not been raised with the same personal awareness of Israel’s existential vulnerability and the historic bond of the Jewish people to its land. Sociologists may offer many explanations for this shift, not least of which might be Israel’s economic success that now competes for the passion of its young people as Israel’s survival once did.

“Seeking peace or managing the conflict must come from a position of social, political and military strength, and through the ability and willingness to fight for the state, its values and the security of its population . . . ,” resolved the Winograd Commission report.

Addressing the challenge, the Education Corps of the IDF reached out to various institutions, among them the Yitzchak Rabin Center, Yad VaShem and Ascent IDF, to create educational programming around values of Jewish life and continuity, nurturing soldiers with the inspiration for a compelling vision of their mission as defenders and protectors of the Jewish state.

According to a government report released in 2012, Ascent, a Chabad center and hostel in Safed, well-traveled by some 12,000 IDF soldiers a year, has created the most popular program, responding to the challenge with marked results.

Open to soldiers serving in elite IDF unites, the program is directed by Rabbi Doron Haggi. As the liaison between Ascent and the Education Corps, Haggi found that the motivational challenge applies to soldiers at all levels. When the commander of an elite unit of fighter pilots at Ascent chose a workshop on motivation over others that offered positive thinking and leadership, Haggi was surprised.

“I didn’t think that an elite unit would need help with something like motivation,” he said. The commander explained that “the soldiers have self-motivation, but he wants them to have a sense of shared motivation. ‘I want them to know what they are fighting for,’ he told me.”

Ascent offers an immersive experience that establishes a deep appreciation for a shared community and shared vision. Workshops, lectures, and a Shabbat program that ties spiritual to physical, individual to the collective, and the personal to the national in an impactful way. Soldiers are embraced with warmth and love by local families at their respective Shabbat dinners, and the experience helps them connect the dots to their mission on the battlefield and in their army bases.

Experiencing Unity, Love of the Homeland

“During this educational Shabbat we learned very important values directly connected to our everyday operational activities such as the meaning of the term “team,” the importance of “togetherness,” love of our homeland,” wrote the captain of a navy unit in a letter to Ascent dated March 27,2014.

One First Class Sargeant said, “I gained so much from Shabbat at Ascent. I think that every soldier that comes to Tzfat comes to a state of reflection with himself, his friends and his team, which leads to better motivation in their army service.”

Haggi recalls the shift experienced by a female commander who had attended the Shabbat program with different units on three occasions. The third time, she participated at a meal at Haggi’s house, where each person was asked to share their feelings.

“She said that the first time she came to Ascent, she could not get past the external differences that made her feel distant from the religious people around her. But she becoming aware of her own intolerance, she began to self-reflect. The second time she attended, she tried to listen and by the third time, she raised awareness among her own friends and colleagues of their own judgmental attitudes towards religious people that often go unchecked.

In a land where tensions run high and cultures collides, Ascent is creating opportunities for the IDF’s Jewish soldiers to connect with their heritage and strengthen their identity. Despite a two billion dollar cut to the IDF’s budget last year and the consequences it has for the Educational Corps, Ascent is expanding.  With the recent purchase of a hotel opposite its original premises, it hopes to host some 200 soldiers a day.

Sometime after a navy seal unit attended Ascent’s Shabbat program, Haggi received a letter from the commander. The unit, he explained, had captured an Iranian boat headed to Israel with a large shipment of weaponry a week after they had been to Ascent.

“The Shabbat was very meaningful for team unity and strengthened feelings of loyalty and commitment among the soldiers… “ the commander wrote. “It is important to note that this Shabbat weekend preceded a series of highly significant military operations for the State of Israel which we took part in recently, and no doubt this Shabbat contributed to the unity and cooperation of the team.”