Child of the Holtzbergs Dies of Severe Illness 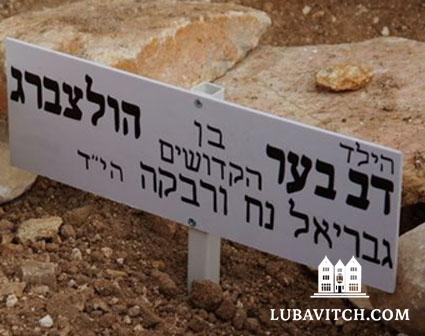 (Lubavitch.com) The global Jewish community joins the extended Holtzberg and Rosenberg families in mourning, Tuesday, following the death of Dov Ber Holtzberg. The four-year old son of Rabbi Gavriel and Rivka Holtzberg, who were murdered last month in Mumbai, had been hospitalized for several months due to a genetic disease.

Dov Ber is survived by his loving grandparents and younger brother, Moshe. He was buried in the Mount of Olives cemetery alongside his parents. Following his Tuesday funeral, his grandparents sat shiva for a short while and performed mourning rituals.