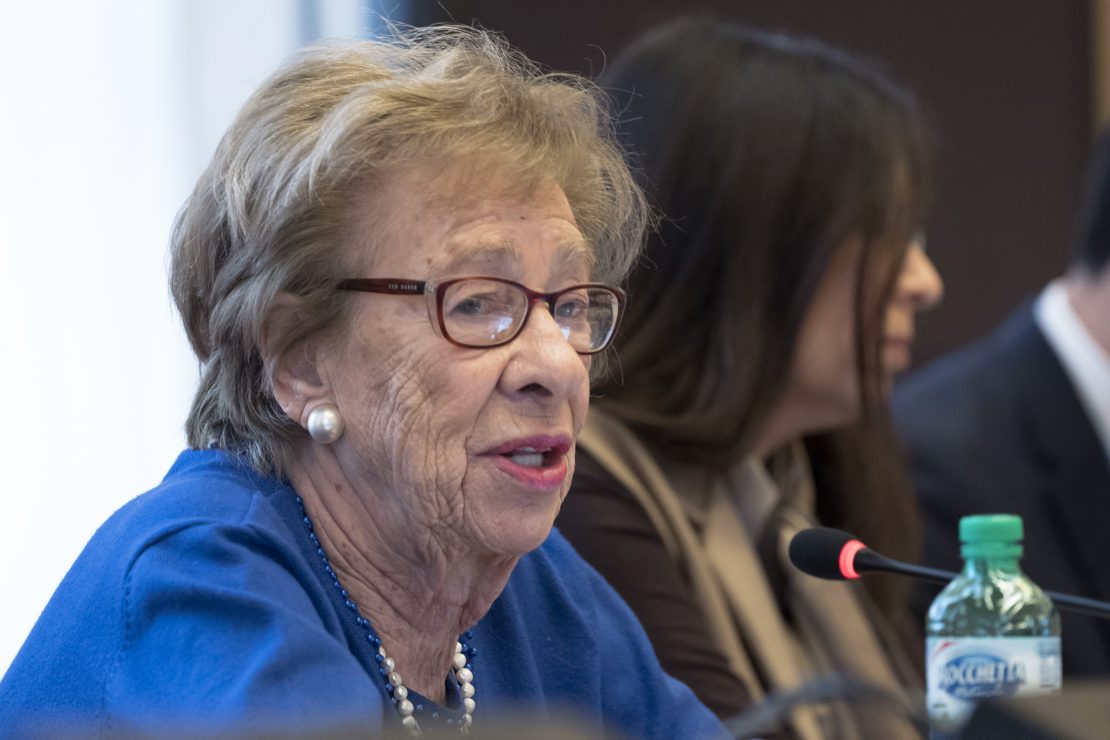 Eva speaks at an International Day to Remember Victims of the Holocaust at the UN in Geneva
Photo Credit: UN/Jean-Marc Ferre

All News
By Ashira Weiss , Chicago

Holocaust survivor Eva Schloss, stepsister of Anne Frank, has been sharing her personal story and will speak this evening at an event hosted by Chabad of Lakeview.

Born in 1929, Eva (née Geiringer) was a young child when Hitler’s army annexed her native Austria. Her family fled to Belgium and then Holland where she befriended her neighbour Anne Frank. Anne’s diary famously details the trials her family endured as they took refuge in a secret annex above their business trying to evade Nazi persecution.

The Geiringers also hid, but on Eva’s fifteenth birthday, the nurse sheltering them tipped off local Nazi officers who sent the family to the Auschwitz death camp. After the Russian army liberated Auschwitz in 1945, Eva and her mother, Fritzy, discovered that the Frank family had suffered a similar fate.

Of both families, they and Anne’s father, Otto were the only survivors. Years later, Fritzy and Otto married and settled in Basel, Switzerland making Anne posthumously Eva’s stepsister.

Now living in London, Eva has addressed packed audiences of all ages around the world. She has recorded answers for an exhibition in which viewers can interact with 3D holograms of Survivors so that memories of the Holocaust can outlive them.

The Mayor’s proclamation praises this ‘dedication to Holocaust Education and the promotion of peace,’ and ‘urges all residents to recognize the significance of the Holocaust and to stand united against’ future forces of evil.

Now, on a speaking tour of the United States, the nonagenarian has made it her mission to educate a young generation to avoid pitfalls that led human beings to stoop to such depravity. “We try to teach young people to accept each other as a human being,” she has said. “We each have a right to have a life. Hate blinds people to that.”

The evening with Eva Schloss will be hosted at a local high school by Rabbi Dovid and Devorah Kotlarsky, directors of Chabad of Lakeview. The event has sold 1,500 tickets and will be preceded by a VIP reception with Schloss who will be exhibiting rescued works painted by her father and brother while in hiding.

People from all parts of the Lakeview and wider Chicago community will be among the guests. In a conversation with Lubavitch.com, Kotlarsky shared, “Our message is that when we value each person as a Divinely created individual, we surpass prejudice, labels and hate.” He noted that the mayor’s proclamation will help this message reach even more people.

The event will air live on YouTube at 7PM CDT, Tuesday, Oct. 9 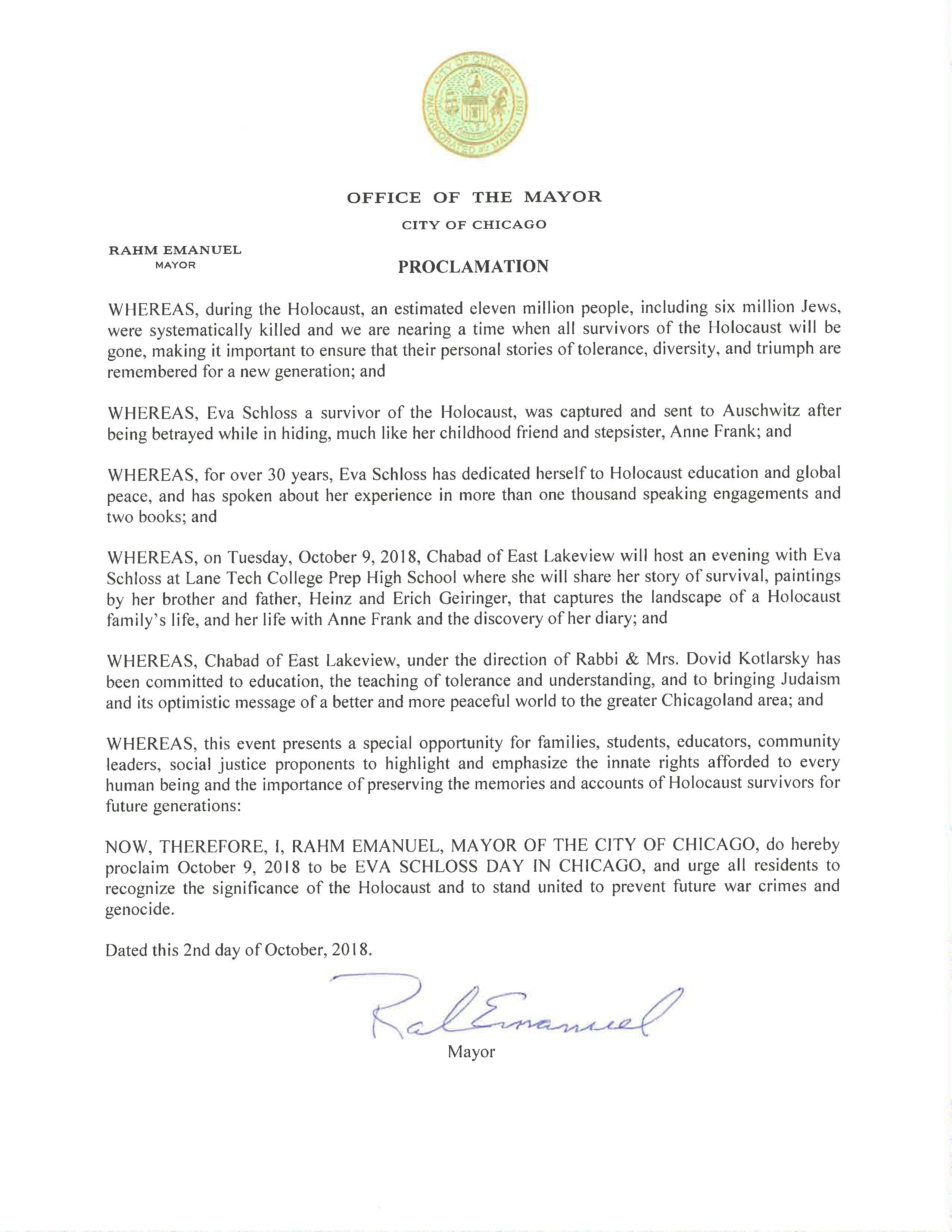