Chandler, Arizona: Preschool to Chuppah, A Desert Community in Bloom 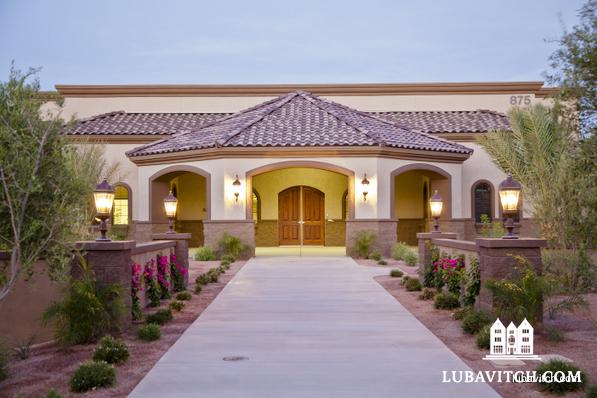 “Do you want your child to love being Jewish?”

The postcard arrived at the right moment for the Mazers. Recently settled in Chandler, Arizona (Jewish pop. 4,000), the couple was looking for a Jewish education for their five-year-old. Rabbi Mendy and Shternie Deitsch, also new arrivals, sent the mailing in search of students for their new hebrew school. It was 1997.

“What I wanted for her was to learn traditional Judaism and practices, and then make her own choices,” shares Feiga Mazer. “No one else offered that, so when I saw the card, I knew that even if I didn’t know what it was, it was exactly what I wanted.”

For Masha, one of four inaugural students, it was love at first class. And it was her enthusiasm that ignited a quick spark in Feiga. “As she learned, I learned, and I was happy to go in the direction of further study. Though I didn’t think we would go as far as we did.” 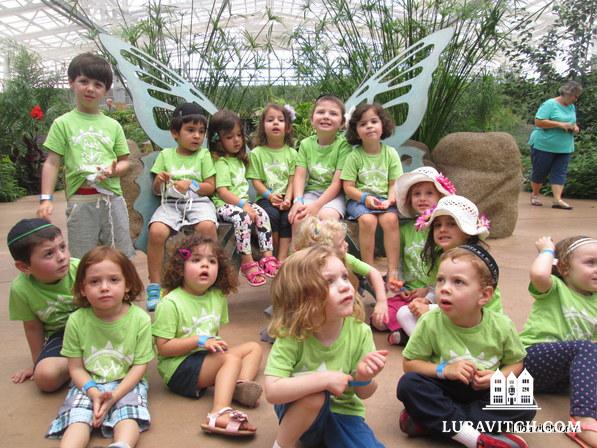 Mother and daughter went to Shabbat services. Dr. Mazer went to the golf course. “He would come in time for the kiddush,” his wife chuckles, “wearing shorts and holding his water bottle. He was just waiting for the rabbi to look at him cross-eyed and then he would have been out of there forever. But that never happened. The rabbi always welcomed him warmly and gave him room to grow at his own pace.” It worked. Today Dr. Mazer is an active member of the congregation, as likely to be peering into a Talmud as he is to be teeing off.

Engaging parents is a “slow process,” says Rabbi Deitsch, who has nurtured the community, growing it steadily over the years with a full range of educational and social programs. Each new applying parent has wondered, usually out loud, if their child will become religious. “We tell them that our goal is to provide a joy, a love for Judaism. We teach them the beauty of Judaism and if they come home and want to do more [religiously], this is a conversation that they must have together.”

For many children attending any of the 400 Chabad preschools in North America, the early foundation in a warm, engaging environment sets the stage for future Jewish involvement. Today, with programs to serve every demographic, Chabad representatives stay in touch with the early preschoolers as they grow. Like his colleagues leading communities around the world, Rabbi Deitsch established youth programming for his graduating Hebrew school students; eventually, he introduces them to the Chabad reps at their college campuses, and once they’ve graduated, he connects them with Chabad’s young professionals society.

Although children spend only a few hours a week in the classroom, the experience is enhanced through communal Shabbat dinners. Families are invited to the rabbi’s home for frequent Friday night meals where a personal rapport and deep friendships form. “Each family has its own dynamic, and it’s around the table,” points out Rabbi Deitsch, “that we are able to have deep conversations and discuss their questions.”

Ernie Goldberg was in search of high holiday services when he met Rabbi Deitsch and was invited for Shabbat dinner. Their sons became quick pals. Their relationship, and the younger Goldberg’s interest propelled the family on their Jewish journey. That was a decade ago. The singer and songwriter couldn’t read Hebrew back then. Today, he serves as the community’s cantor.

“The amazing thing about Rabbi Deitsch is that he puts you in a position where you will succeed,” explains Goldberg. “He encouraged me to jump in and try [to lead the prayers], even if I wasn’t ready. And I did it.”

After the family made their home kosher with the rabbi’s assistance, Goldberg decided to pay it forward. He now does house calls, helping people kosher their homes and affix mezuzahs. “I want people to understand the importance and relevance of what they’re doing. When I leave,” he says, “they know that they have had an experience that is real and lasting and that connected them to G-d.”

Mrs. Deitsch isn’t surprised that the Mazers were galvanized by their daughter, or the Goldbergs by their son. “Kids are in tune with who they are. They’re capable, confident people. We have to take the lead from them,” explains the director of the Chandler Jewish Preschool. “The Rebbe expected children to achieve. It was never ‘when they get older they can make a difference’: the Rebbe encouraged children to be active in their Judaism at any age.” 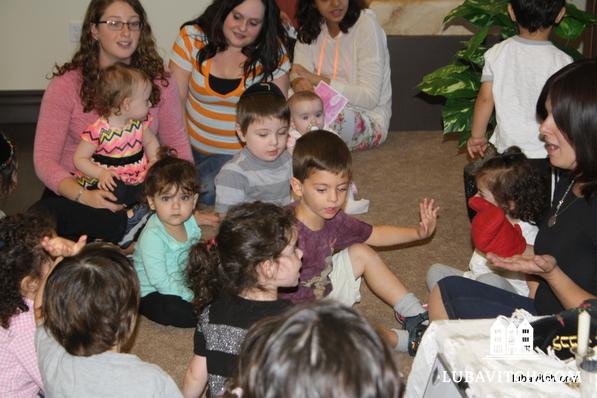 Community members of all ages are encouraged to take an active role in the community. Classes are as likely to be taught by lay people as they are by the rabbi. New programs (like a popular book club Mrs. Mazer runs), are often spearheaded, and then directed, by congregants. “‘If you know Aleph, teach Aleph,’” says Rabbi Deitsch, quoting the Lubavitcher Rebbe. “When we moved here we knew we wanted to build our Jewish community on that premise. Everyone has something to give, to teach, to share. They just need to be handed the opportunity.”

Upon graduation, Masha joined Chandler’s school on the other side of the desk. Community programs that had lapsed due to a lack of human resources were restarted and jazzed up. Kids in the Kitchen, Bat Mitzvah Discovery Course, and Youth Zone became regular outlets for neighborhood kids. Masha also joined the staff of the preschool, a highly-acclaimed, Reggio-inspired neighborhood institution. The school, which began with six children, is now in its third year, and counts 26 budding Jewish leaders.

Hundreds turned out on a Monday afternoon to celebrate Masha’s wedding to Tzvi Rimler, at the expansive new Pollack Chabad Center for Jewish Life. Situated on 2.5 acres in the heart of Chandler, surrounded by desert landscaping, the beautifully conceived $3.5 million architectural masterpiece teems with lively activity. Masha’s chuppah would be its first, and for many community members, it would be their first Chasidic wedding.

“I knew there was going to be a chuppah, that she would circle the groom,” shares family friend Dr. Mona Morstein. “I knew the mechanics of it, but to see what has been our heritage, and understand the meaning behind the wedding, that was very powerful for me.”

Morstein, a naturopathic physician, has followed Chabad’s growth over the last eight years and is thrilled about its latest development. The newly-married couple plans to return as emissaries to Chandler to help spur further growth: she as a preschool teacher and he as director of youth programming.

“In some ways,” her rabbi concedes, “Masha can connect to the community better than I can. She understands where they are coming from and they love her. She has already made a huge impact on families here.”

Speaking with Lubavitch International a week after she stood under the chuppah with her new husband, Masha reflected with gratitude.