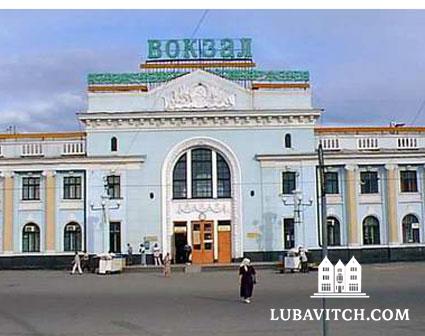 Rabbi Chaim Shalom and Chaya Mushka Segal, and their baby, Levi Yitzchok, will be leaving their native Israel after the High Holy Days to serve the local Jewish community in this industrial, Muslim city.

Jewish population numbers are roughly estimated at about 1,000.  Presently, a Jewish school, also run by Ohr Avner, with 100 students, which also houses the city’s only shul, is the only Jewish facility serving the community.

“One of our first projects will be to open a proper community shul,” says Rabbi Segal. A Jewish library and a mikveh, he says, will follow. At present, the nearest mikveh is a three-hour driving distance in the capital, Astana.

High on the Segal's priority list will be make kosher food available, and evaluating the need for social services such as a kosher soup kitchen or meals-on-wheels.

Asked whether they are concerned about anti-Semitism in this largely Muslim country, Rabbi Segal says, to the contrary:  “There is less anti-Semitism in Kazakhstan than in other parts of the former Soviet Union.

“There have been no reported attacks or vandalism against Jewish institutions in this country.”

The Segals are joining two other Ohr Avner Chabad representatives in Kazakhstan: Rabbi Naparstek in Almaty and Rabbi Mendy Gershowitz, also in Almaty, who will assist the young couple settling into their position.