Chabad to Light Menorah In Arvada 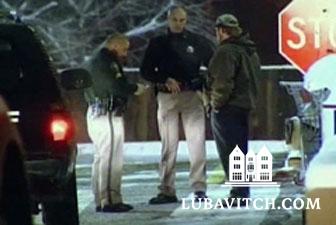 Following Sunday’s shooting spree that left two teenagers dead in Arvada, CO, the lights of the Chanukah Menorah—to be illuminated there for the first time, come precisely when darkness looms large over this grief struck community.

Two of the menorah’s eight lights will be kindled Tuesday evening, the last night of Chanukah, during Chabad’s public menorah lighting in Arvada, as a memorial to the victims killed in local churches early Sunday morning.

“Our heart goes out to the victims’ families. Senseless violence brings darkness to the world,” said Rabbi Benjy Brackman of Northwest Metro Denver, who organized the Arvada event prior to the tragedy. “Chanukah’s message is about the importance of bringing spiritual light to the darkness of the world.”

“As an institute of religion, we particularly feel the pain of this tragedy,” said Rabbi Brackman. “When something like this happens, it is a dark day for people of all faiths.”

Rabbi Brackman did not expect security concerns to keep any of Arvada’s 400 Jewish residents away from the menorah lighting.

The Chanukah lighting will be held at The Depot at Five Parks, 13810 West 85th Drive, in Arvada at 5 p.m., as planned. It will be Chabad’s inaugural event in Arvada.

“People have been driving in to our events in Westminister from Arvada. This will bring Jewish warmth closer to home,” said Rabbi Brackman. A buffet dinner, an olive oil press workshop, recreating the original menorah fuel, and a fire-eating magician enliven the family friendly festivities.

Arvada is located 15 miles west of Denver and is home to the newly built Village of Five Parks that has attracted many young Jewish families. “We are looking forward to seeing friends old and new at the Arvada lighting,” the rabbi said.

The menorah lighting in Arvada is one among thousands of menorahs lit in public places by Chabad Lubavitch centers around the world. From London’s Trafalgar Square and Rome’s Piazza Barberini to the White House ellipse and the Polish Parliament, Chabad’s menorahs bring the light of Chanukah to the world.

“It is particularly fitting that we will be lighting on the eighth night of Chanukah, when the menorah is fully illuminated and generates the most light.”

Rabbi Benjy and Leah Brackman of Chabad of NW Metro Denver can be reached at 303 429 5177, www.thechabadhouse.com

Related Articles
View All
Menorah Lights Kindled in Omaha
Chabad joined the stricken community of Omaha, Nebraska in gathering for candlelight vigils for the victims of Wednesday's tragic shooting spree in Westroad Mall. In…
Features
Remembering The Struggle for Russian Jewry
Ninety-three years ago today, Rabbi Joseph I. Schneersohn (1880-1950), sixth Lubavitcher Rebbe, and the leader of Russian Jewry at the time, was freed from Soviet-imposed…
Features
Wordsmith: Tamim
The tamim is unflappable. He does not sway with the winds of change, nor bend to meet the expectations of others. He is a simple…
Features
Remembering Rebbetzin Chana: Jewish Feminine Role Model
Rebbetzin Chana Schneerson, a feminine role model of Jewish activism and proponent of Jewish scholarship, mother of the Lubavitcher Rebbe and wife of Rabbi Levi…
Features
Defying Religious Stereotypes on Israel’s College Campuses
By the time Zehavit Mohager, a psychology student, began her studies at the University of Haifa at age 23, she had already completed her army…
Get Inspiration to your inbox!
Newsletter
Join our weekly newsletter for inspiration and updates
Donate
Find Your Local Chabad Center
Chabad
About Chabad-Lubavitch
About Chabad Lubavitch
The Rebbe
Headquarters
Magazine
Magazine
News
News & Updates
In The Media
Impact
Social and Humanitarian
Social and Humanitarian
Education
Education
Community
Community