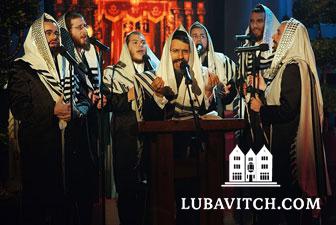 Millions of viewers watched the popular Chabad of California annual telethon which aired last night on Channel 9. The six hour program, which featured a colorful line-up of Hollywood stars and noted personalities, garnered $7 million for Chabad's social, spiritual and educational outreach work in the state.

The event offered a look at the dynamic activities in the state of California which has Chabad centers along the entire coast, and inspired viewers with Chasidic song and dance. A particularly inspirational segment was the Avina Malkeinu prayer from the liturgy of the High Holidays, performed by Chasidic singing star, Avraham Fried.