Chabad School in Azerbaijan Ranked Among Top Twenty In The Country 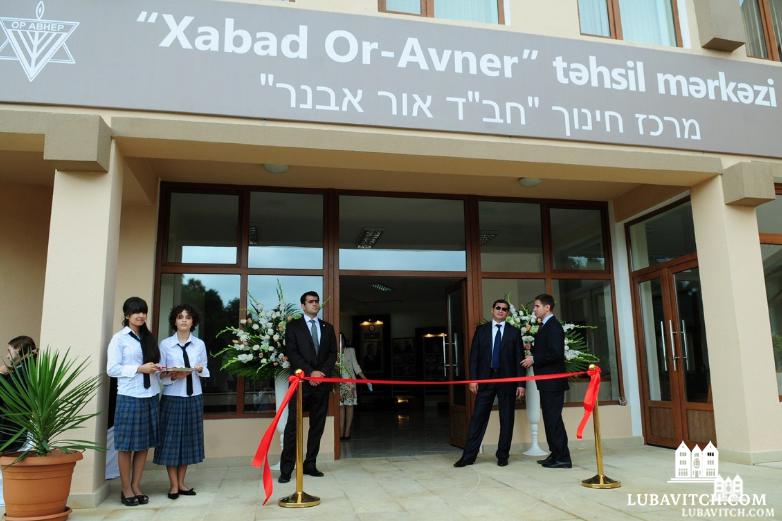 Last week, Chabad’s Or Avner school in Baku was ranked by the State Examination Center (SEC) among the top twenty schools in Azerbaijan. The annual assessment is based on pedagogical and educational criteria established by the SEC and pronounced the Jewish school (K-12) one of the best for quality of education among all the schools in the Muslim-majority country.

“We are excited about this recognition and hope it will boost enrollment,” says Dean Rabbi Shenor Segal who is also the director of Chabad of Baku with his wife Chava.

The school’s student body of 180 consists of boys and girls from a wide range of backgrounds. Most come from homes that aren’t observant or have non-Jewish fathers. The school’s curriculum combines experiential Jewish heritage study programs with a robust general studies program, and offers a wholesome and well-rounded education.

“Some of the students go on to study at yeshivahs in Moscow or Israel,” Segal says. “But even if they don’t, they leave Or Avner with a solid Jewish education and identity.” He says that there is no anti-Semitism in the country and yet, the community is very assimilated.

Mehriban Askerova, who was born and bred in Baku, grew up during the Soviet era. “I wasn’t raised with any kind of Jewish education,” she says. Three years ago, while searching for a kindergarten for her child, she came across Or Avner. “I’ll be honest, until that point I didn’t even know there was a Jewish community here.”

She did her research and found that “the staff there is the most experienced in all of Baku, the education level for both Judaic and general studies is superior to any of the other schools I looked into, and the students’ test scores is very high.” She visited the complex and was “impressed with the staff’s kind attitude toward children.” Askerova is now proud to have one child in Or Avner’s elementary division and two in kindergarten. “I’m so grateful that they have the education that I didn’t get.”

The mother of four wasn’t surprised by the ranking. “It’s obvious. I did the research, I know it’s one of the top schools out there.” Segal credits the school’s dedicated staff, led by principal Yefim Leznik, with ensuring its success.

The school receives support and warm attention from the local Ministry of Education, which is proud to enable Jewish children to continue receiving Jewish education and welcomes the diversity it brings to the country. This year, it also received significant funding from the Heydar Aliyev charitable foundation, headed by Azerbaijan’s First Lady Mehriban Aliyeva.

“Our main goal is to ensure that the next generation of children grow up with a proper Jewish education and a solid knowledge about Jewish life,” Segal says. But it’s not just the students who are being affected. Askerova says her family’s life has changed since her children began attending Or Avner. “We’re finally returning to our family’s roots and I am happy the school is being officially recognized for the wonderful place that it is.”