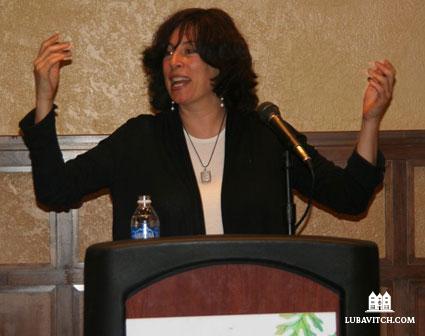 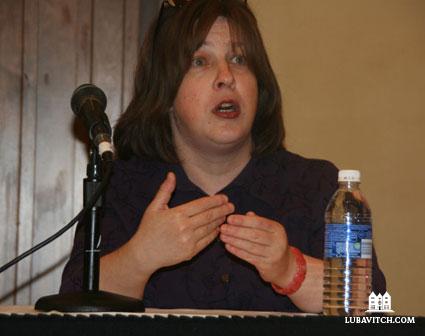 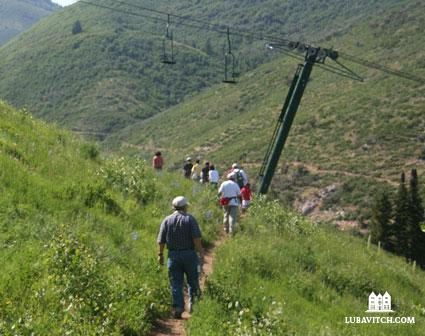 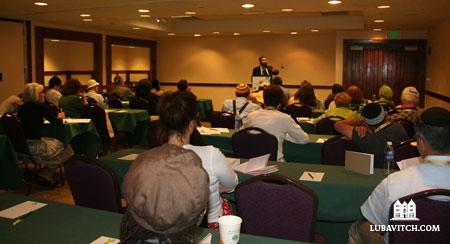 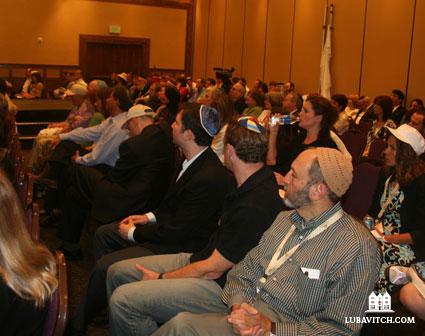 (lubavitch.com) Nadine Veibell is still looking for words to adequately capture her experience at the National Jewish Retreat over the Fourth of July weekend at a resort in Park City, Utah.

“All I can say is ‘Wow!’ I had an awakening. At 41 years old, I found the connection I seemed to be looking for my whole life,” Veibell said.

Veibell was part of a group of nine Idahoans who drove six and a half hours to join 250 Jewish people at the third annual retreat hosted by the Rohr Jewish Learning Institute. The five-day event at Canyons Grand Summit Resort drew participants from 20 states, from major Jewish communities in Los Angeles, New York, Florida and New Jersey and from dots on the Jewish map like Plano, TX; Missoula, MT; Richmond, VA; and Alberta, Canada.

Participants were from every demographic. Parents brought children, who enjoyed a mini-Camp Gan Israel during their stay. Fifty college students from thirty-two campuses attended. Baby boomers and seniors rounded out the mix.
The diverse group helped Rebecca Runyan feel comfortable. She chose to come at the urging of Rabbi Mendel Lifshitz, director of Chabad of Boise, whose Jewish Learning Institute courses she enjoyed. As the social action chair at Congregation Ahavath Beth Israel, a Reform synagogue in Boise, Runyan copped to “feeling a little nervous because I did not know what to expect” before the retreat. “I was really pleased and relieve that everyone was so warm and friendly.”

Rabbi Efraim Mintz, director of the Rohr Jewish Learning Institute and the JLI retreat, likened the spirit of the retreat to “a family reunion for people who may have never met but discovered their oneness as part the Jewish people.”

Staying at a five star location at the base of majestic mountains awash in greenery and golden wildflowers didn’t hurt either. “You can’t help but feel close to G-d in this setting,” said Rabbi Mendy Weg, the retreat’s coordinator.

On the first day, participants glided via gondola to the top of the mountain that serves as the resort’s backdrop (and wintertime ski area) for a keynote address by Rabbi Moshe Bryski, director of Chabad of Conejo.

Rabbi Bryski, Rabbi Manis Friedman, dean of Bais Chana in Minnesota; and Shimona Tzukernik, director of Omek, a center devoted to in-depth transformational learning for women, were part of a line up of Chabad thinkers so highly regarded that they are regularly flown out to lecture to packed houses around the world.

“The speakers were enthralling,” said Runyan. “I wish I could bottle their words and drink them up.” A full listing the each lecturer and their bios are on the National Jewish Retreat website, www.jretreat.org.

As the weekend rolled on, Rabbi Hesh Epstein, chairman of the retreat and director of Chabad of Columbia, SC, noticed a trend. Although there were hiking, biking, rafting, kayaking, horseback riding and a spa on premises, retreat participants opted mostly to stay for classes, lectures, and discussions. “People fed off of each other’s positive presence,” said Rabbi Epstein.

On Shabbat and at every meal, speakers sat themselves among the participants to continue the discussions and address ideas raised during their talks. “Any questions you had, you asked,” said Veibell.

“The chemistry that is created at the retreat is very supportive and validating for people in small communities – and large ones – on their own journey of Jewish growth,” Rabbi Epstein said. It’s one of the very few national Chabad events where people can see Jewish life lived on a large scale, 24/7, and Shabbat as experienced among hundreds.

Rabbi Lifshitz sensed a change among members of his community. “Boise is isolated, but on the retreat we felt part of the greater Jewish nation. Our Chabad houses and stories are similar. There was a sense of connecting the dots.”

Packing up at the close of the retreat, Ilan Golik, originally from Russia and came to Boise by way of Israel and New York, he had grown, personally and spiritually.

“Seeds of the sort planted at the retreat take time to incubate, but I felt a great sense of Jewish pride. Living in a remote community with few Jews and then spending a weekend with rabbis who share their words of Jewish spirituality, it affects you a lot,” he said.

On the drive home with fellow Idahoans, Veibell noticed another change. “All of a sudden, we were bonded. Before we were community members who made it to Chabad here and there, but we didn’t know each other. Now we are connected.”

Plans are being sketched for next year’s National Jewish Retreat. Veibell wants her sister to come with her next year. Runyan is planning on taking her teenage daughter and convincing her friend from Atlanta, GA, who “likes the resort life” to bring her own daughter, too. They will likely be joined by at least 60% of the core group who return to each retreat. Our advice: book early.