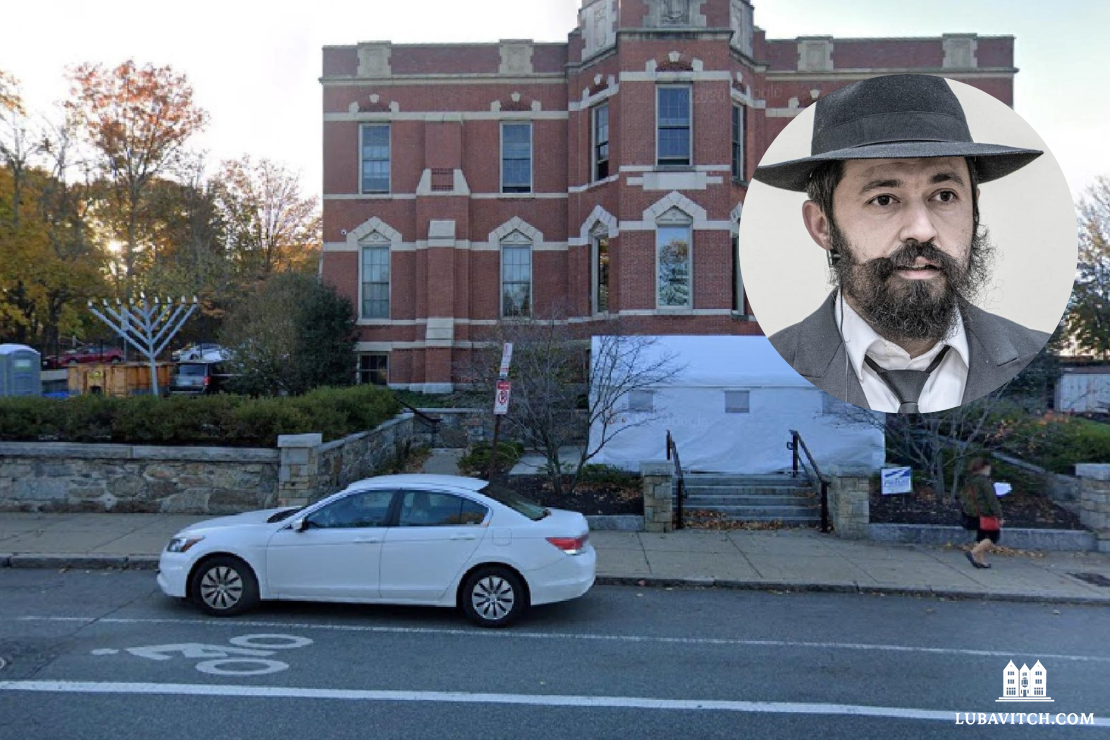 This afternoon, Chabad representative Rabbi Shlomo Noginski was stabbed multiple times outside the Shaloh House Chabad Center in Brighton, Mass. Rabbi Noginski serves as a Rabbi and teacher at the Shaloh House.

The suspect allegedly approached him, drew a firearm and attempted to force him to his car. After a struggle, the assailant stabbed Rabbi Noginski multiple times. The assailant was quickly apprehended by Boston Police.

Speaking to Lubavitch.com from his hospital bed, where he is currently undergoing care for his critical wounds, Rabbi Noginski said. “I am grateful to the Boston Police Department for their rapid response, and relieved that the perpetrator is in custody. I am looking forward to returning to my work as soon as possible.”

Rabbi Dan Rodkin, director of Shaloh House, said: “We are moved by the outpouring of support from the community. We are working closely with Law Enforcement to get a clearer picture of what happened, and will not comment on the motive while the investigation is ongoing.

“We are following the situation closely, and continue to make security a priority,” said Rabbi Yehuda Krinsky, Chairman of the Chabad-Lubavitch educational and social services divisions. “The family of Chabad representatives worldwide are praying for Rabbi Noginski’s speedy recovery.”

Related Articles
View All
Statement
CHABAD HEADQUARTERS CALLS FOR PRAYER AMID MT. MERON TRAGEDY
The world Jewish community is reeling from the tragedy that occurred last night, on the eve of Lag B’omer, at Mt. Meron, in the Holy…
Statement
Statement By Rabbi Yehuda Krinsky, Chabad-Lubavitch World Headquarters
The Chabad-Lubavitch international community mourns the passing of Mrs. Ann Kuperman (Golda Perel bas Reb Dov), of blessed memory.  She will be remembered widely and…
Statement
Rabbi Lord Jonathan Sacks, 72
Statement by Rabbi Yehuda Krinsky The global Chabad-Lubavitch movement mourns the passing, Shabbat morning, of the former chief rabbi of Great Britain, Lord Jonathan (Yaakov…
Statement
Chabad Explores Opening New Centers in Muslim Countries
With the growing normalization between Muslim countries and Israel, we can expect to see a significant increase in the number of Jewish travelers and businesspeople…
Get Inspiration to your inbox!
Newsletter
Join our weekly newsletter for inspiration and updates
Donate
Find Your Local Chabad Center
Subscribe
|
Log In
Chabad
About Chabad-Lubavitch
About Chabad Lubavitch
The Rebbe
Headquarters
Magazine
Magazine
News
News & Updates
In The Media
Impact
Social and Humanitarian
Social and Humanitarian
Education
Education
Community
Community