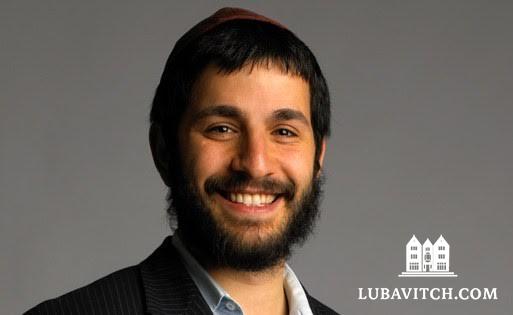 Heard the old joke about the rabbi, the monk, the nun, and the priest walking onto a show set? It’s a cliche certainly, but in this test kitchen, there’s nothing stale about it.

It is Leap of Faith, literally and otherwise, the latest episode of the Food Network’s popular cooking competition, Chopped. Rabbinic contestant, Rabbi Hanoch Hecht, Chabad’s representative to Rhinebeck, New York, faced off with three other clerics in the episode airing June 21, 2016.

Hecht, who gives kosher tutorials at the Culinary Institute of America (CIA), was nominated for the show by a professional chef. He interviewed intensively at the Network’s Chelsea studios and then, he didn’t hear back. Months later, he got the call. “They wanted me there the following week, and I was in.

“I thought my participation would be a fabulous platform for raising awareness about keeping kosher in this evolving food market,” the 34-year-old shares. “Kosher presents a unique challenge that many other religions don’t face, in that there are not only prohibitions on what we eat, but also on how we prepare our food. The show was very accommodating. I was very grateful and touched that they were sensitive to my needs.”

Now in its 28th season, Chopped is one of the most popular food shows in this hot category. The premise is simple: four chefs are pitted against each other to create an appetizer, entree, and dessert, in three separate stages. The catch? They must use all of the (generally obscure) ingredients in the secret baskets they open at the start of each round.And, of course, they’re being timed.

“I was surprised at how real it all was,” says Hecht soon after the rigorous taping. “I think when you’re watching at home it’s hard to believe it’s all real. But when that competition begins, it’s very intense. Those time limits are genuine.”

When he isn’t cooking, Hecht teaches short Torah classes to businesspeople in Manhattan. Known as the Six-Minute Rabbi, Hecht (and his team) go to offices to present a personalized six-minute class to 30 individuals each week. The short lessons, “made for a generation with a 140-character attention span” allow for a few moments of spirituality in an otherwise hectic work day.

“The fact that I know how to take a tremendous amount of knowledge and condense it into six minutes certainly helped me here. I was able to pack an hour’s worth of cooking into 30 minutes.”

The classes he teaches regularly at the CIA also served him well. Hecht instructs would-be chefs on the intricacies of kosher laws. He explains why certain animals and birds are permissible, what makes utensils kosher, and the concept of kosher supervision and the attending supervisor. Being in that environment gives him, “an appreciation for food, not in a gluttonous way, but in a spiritual way. We can elevate all the stages of preparation and eating and utilize that energy in our service of the Almighty.”

At home in Rhinebeck, a village in the Hudson Valley, Hecht tends to his 1,200 square foot garden. This season, he already has lettuce, tomatoes, peppers, herbs, blueberries, raspberries, and grapes growing. It’s important to him that his children are involved: he brings them outside to teach them to respect not only the ingredients, but also the process. The youngsters help garden and collect peels and produce to compost, another passion of Hecht’s. “Going green is a principle in Judaism,” he believes. “The law of “baal tashchis,” not to waste, applies equally to things and the earth.

“Because I spend time in the garden, and in the food industry, I went in with the confidence that I would be familiar with the mystery ingredients in the baskets.”

But there was one area where his confidence flagged. Before the taping, Chef Richard Coppedge, a professor of Baking and Pastry Arts, gave the rabbi a primer on baking. “It is a science, while cooking is more by feel, and I really had very little experience with it,” says Hecht. “But I can’t say if I even made it to that round.”

That’s the thing. Until the show airs, there’s a lot that Hecht can’t say. He has plans to watch the episode with friends and family in Midtown’s Edison Ballroom. That’s when they’ll find out if he won the $10,000 prize. And also, what was inside his baskets.