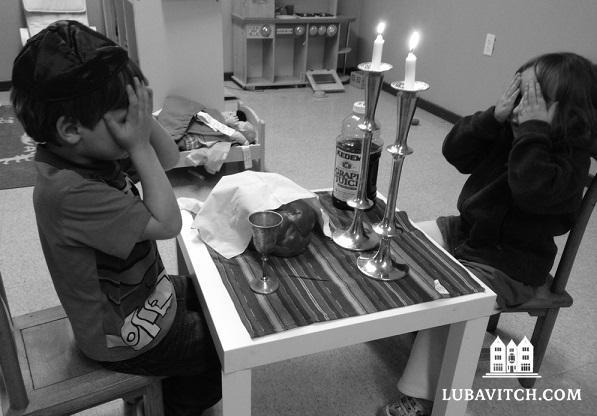 Aleph Academy, the only Jewish preschool in the Sierra-Nevada region, is the first private early childhood program in Nevada to become an implementation site for the national TACSEI (Technical Assistance Center on Social Emotional Development) Program.

The goal of this program, funded by the U.S. Department of Education, is to enhance the knowledge and skills of the early childhood work force in meeting the social-emotional needs of young children.

Director Sarah Cunin has sustained and grown her vision of excellence for the school since 2008. Her interest in the program was piqued after an incident of children fighting amongst themselves last year.

“While trying to resolve the underlying issues we were exposed to behaviorists who introduced us to a new behavioral techniques. It was a real learning experience for us,” she says, and Aleph moved to become a demonstration site for how to create a strong social culture within a school.

“It is exciting for us because we will become a living model of what it means to have best practices.”

Aleph’s small, focused preschool “fosters a love for life-long learning in our students” says Sarah. As an emergent, Reggio inspired curriculum in which Jewish values and the natural cycle of the year form the backdrop, learning topics at Aleph are negotiated between children and teachers.

The curriculum, like many of the other Chabad preschools, uses an arts and play based approach including visual art, music, physical development standards and literacy in their daily explorations. Students learn to follow their curiosity, to think creatively, and to work both independently and cooperatively with others.

The school’s physical environment supports its integrated learning approach. In 2009, it became the first ever early childhood solar curriculum which taught children about solar energy. The facility prioritizes the use of recycled materials for play and art projects to promote a culture of sustainability; students play a role in planting the school’s espalier orchard, vegetable garden, and sensory garden, and they learn healthful eating habits, developing a taste for quinoa, kale and homemade whole wheat pizza prepared at the school’s kosher kitchen. Its open-door policy means parents can come in at any time to participate with their children.

To qualify as an implementation site for the TACSEI program, the school had to prove a high rating by meeting program standards (e.g., NAEYC, DEC, Head Start, QRIS), and, among other requirements, be adaptable to change policies, procedures, family engagement, teacher support, and professional development practices for implementation fidelity and sustainability.

In its drive to become the best preschool in Nevada, Aleph has chosen to participate in many research-based grants and initiatives that complement its program. In 2009 it won a grant for changing to solar energy, followed by other grants, including Healthy Way to Grow Schools, a healthy eating program from the American Heart Association, which named Aleph one of the three best countering the epidemic of childhood obesity, making Aleph a model school for others to study and observe.

Aleph Academy is one of 400 Chabad preschools in North America.