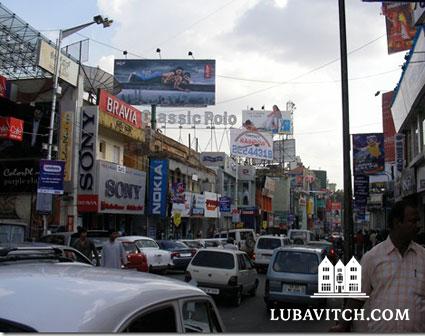 (lubavitch.com) India’s “Silicon Valley” with a population of more than five million and a thriving hi-tech industry, now has a Chabad center, making it the fourth one in India.

After years of serving Bangalore’s Jewish community through frequent visits and summer and holiday stints by rabbinical students, Rabbi Gabriel Holtzberg, Chabad representative to Bombay, determined that Karnataka’s capital city is due its own Chabad center.

According to Rabbi Moshe Kotlarsky, Vice Chairman of Merkos, there were many requests by local Jews wanting to see a permanent Chabad center open in Bangalore.

The rented facility in the city’s hotel district now serves as a synagogue, a center for Jewish educational classes, and kosher meals.  Plans include a mikvah as well.

“The new Chabad Center is the result of the groundwork laid over many holidays and summers during which we developed strong relationships and evaluated the needs of the city’s Jewish population,” says Rabbi Holtzberg.

Other Chabad centers in India are in Mumbai, Manali, and Goa.