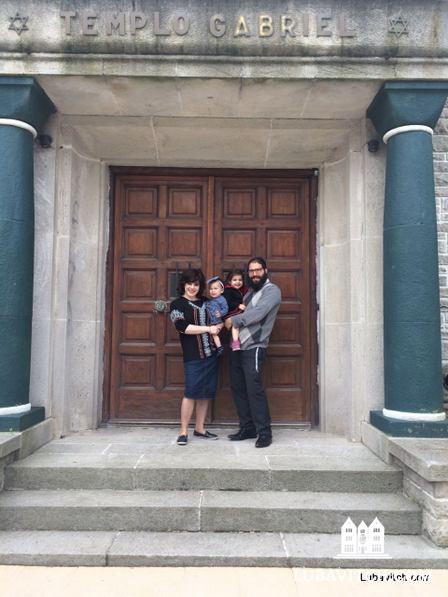 Mar del Plata, located in Argentina’s Buenos Aires Province, is a bustling beach city on the country’s east coast. With a population of 750,000 and nearly eight times that number of annual tourists, it is the seventh-largest city in Argentina and home to an estimated 5,000 Jews.

Rabbi Zalmi and Patsonia Lipinski, under the guidance of their mentor, Rabbi Adin Even-Israel Steinsaltz, relocated to Mar del Plata to open the 37th branch of Chabad in Argentina.

Himself a native Argentinian, Zalmi’s parents are Chabad emissaries to Buenos Aires City. Patsonia, born in South Africa, was raised in Israel. The couple married in Jerusalem in 2013 and bring their two young daughters with them to Mar del Plata.

According to the Lipinskis, the opening of a preschool and Jewish educational programs are first among their priorities.

The couple will import kosher food from the capital city of Buenos Aires, a four-and-a-half hour drive distance. Meat is harder to import because it needs refrigeration, but Chabad of Argentina’s meat-exportation program will make it possible for local supermarkets to stock kosher meat.

The Lipinskis will also be taking over management of Templo Gabriel, the older of Mar del Plata’s two Sephardic synagogues. The couple hopes to bolster attendance and eventually have enough congregants to conduct a weekly Shabbat minyan.

“Our vision is to have an established kehilla, a functioning community that can grow,” Lipinski says.

To learn more about Chabad of Mar del Plata, visit their Facebook page. Donations can be made here.