Grand opening held for Chabad at Ramon airport in Eilat 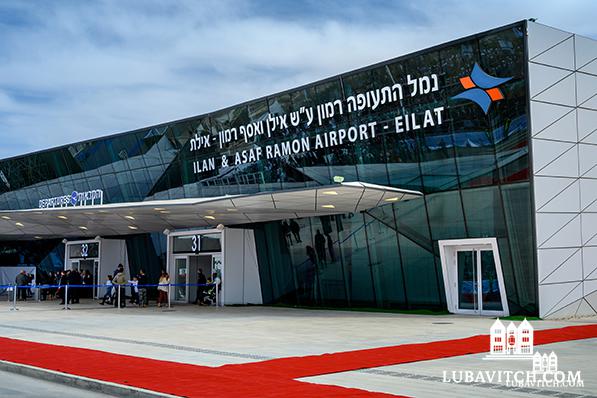 Last Sunday Chabad of Eilat held a grand opening at the new Ramon airport in Eilat, in Southern Israel.

Discussions to install a Chabad Center at the new airport began in 2017 as airport construction was underway. “The Chabad stand at Ben-Gurion is very popular so we wanted the same here,” Rabbi Yosef Hecht, Chief Rabbi of Eilat shared with Lubavitch.com. He was referring to the booth that has become a well-known fixture at the Tel Aviv airport. Situated in the departure hall, the stand offers travellers a chance to don tefilin, pick up a travel set of Shabbat candles, or inquire about Chabad centers at their destination.

The new airport is eighteen kilometers north of Eilat and replaces the Ovda and Eilat airports. Named for famed Israeli astronaut Ilan Ramon and his son, Asaf, who was tragically killed six years after the fatal Columbia mission, the airport provides a new international hub for Southern Israel.

Rabbi Hecht approached the Israel Airport Authority to request permission for Chabad to rent space at the airport. Discussions ensued between the authority, city officials and the transportation ministry. Then-Minister of Transportation, Mr. Yisrael Katz was a proponent of the Chabad Center and when the airport opened in January 2019 he assured Rabbi Hecht that the idea would be brought to fruition.

In November his words were borne out and Rabbi Hecht was offered a spot at the airport. There is a small synagogue in the airport with a Torah and prayer books for travelers to use. The store next door to the synagogue was available for rent. Rabbi Hecht signed a contract for the lease and on December 1st Chabad of Ramon Airport opened its doors.

Mr. Katz, now Minister of Foreign Affairs and Mr. Betzalel Smotrich who is the present Minister of Transportation attended the opening. “This will bring blessing to the airport,” Mr. Katz remarked. “A little more of all the good that Chabad brings to the world is what the State of Israel needs at this time. A little more unity, a little more favorable outlook,” said Mr. Smotrich.

Rabbi Levi Lipsh has been appointed to manage the stand. He will be aided by local volunteers who will take turns at the stand to ensure there is someone available whenever needed.

Rabbi Hecht thanked Mr. Katz for his involvement in ensuring Chabad would have a place at the airport and Rabbis Menachem Klien and Levi Hecht who assisted in the applications for and planning of the stand.

“It is important for Chabad to be at any place where Jewish people are passing by, or gathered,” Rabbi Hecht said. The rabbi noted that people like to wear tefilin before flying, just like they say the travelers prayer, as they feel it is a good omen. “We hope we will be able to meet and assist many people whether it is with doing a mitzvah, or finding a place to stay for Shabbat,” he said. 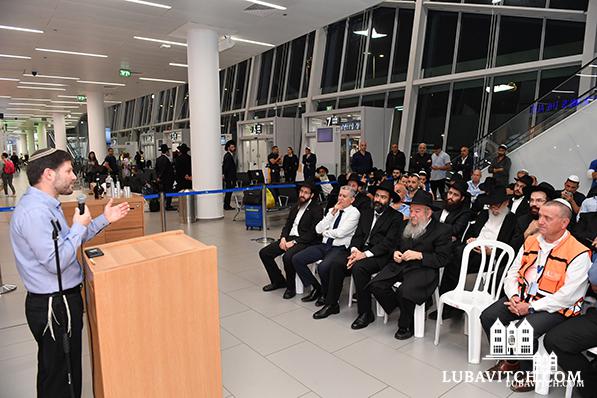 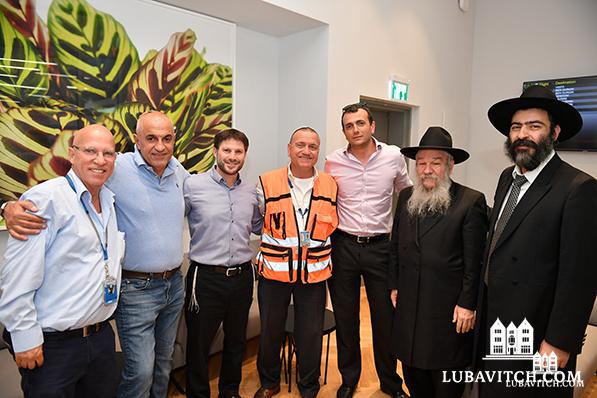 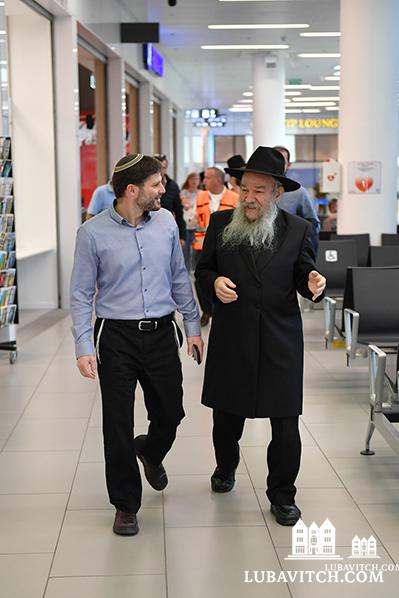