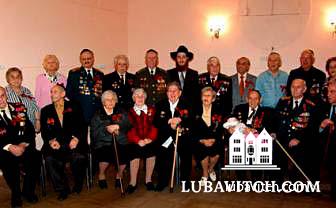 A Russian district court on Wednesday overturned an appeal and upheld its ruling to expel Rabbi Yisroel Silberstein, Rabbi of the Primorye region in Russia's far east.

According to a Federal Migration Service spokesman, Silberstein, a U.S. citizen working in Russia for the last two years, listed “cultural activities,” in his visa application, inconsistent with the religious work he was actually performing in Russia.

Director of the Federation of Jewish Communities in Russia, Alexander Boroda  expressed “outrage,” at this decision which “targets Jewish spiritual workers. This trend could significantly redraw the map of faith-based work in Russia,” he warned.

“I don’t believe that this is a precedent for returning to the policies of repression,” he said. “But unfortunately, it’s not the first time that local authorities have taken actions reminiscent of Soviet Jewish religious persecution.”

Lazar referred to problems in Rostov-on-Don, where two rabbis were recently expelled on a similarly ambiguous basis, and said that local authorities “are playing a dangerous game.”

“This does not endear Russia to the international community,” he said, recalling that anti-Semitic policies of the past contributed to the Soviet Union’s economic isolation. These kinds of actions encourage such negative associations with Russia today, and “only add to international tensions at a time when Russia has other problems to deal with.”

Lazar told Lubavitch.com that he intends to take the matter up at the Federal level and is hopeful that the decision will be reversed.

“We have been sending emissaries from the U.S. to help reach out to Jews in the FSU with education and leadership to help them build Jewish communities. This will make it possible for them to eventually produce spiritual leaders from their own, local population.”

“But until that has been achieved, Russia’s Jews are in dire need of the work of our emissaries. Rabbi Silberstein has done an outstanding job thus far, and this decision only punishes Russia’s Jews, denying them access to Jewish education and other religious benefits that people enjoy in other countries in the free world"