Chabad-Lubavitch: The Next Phase 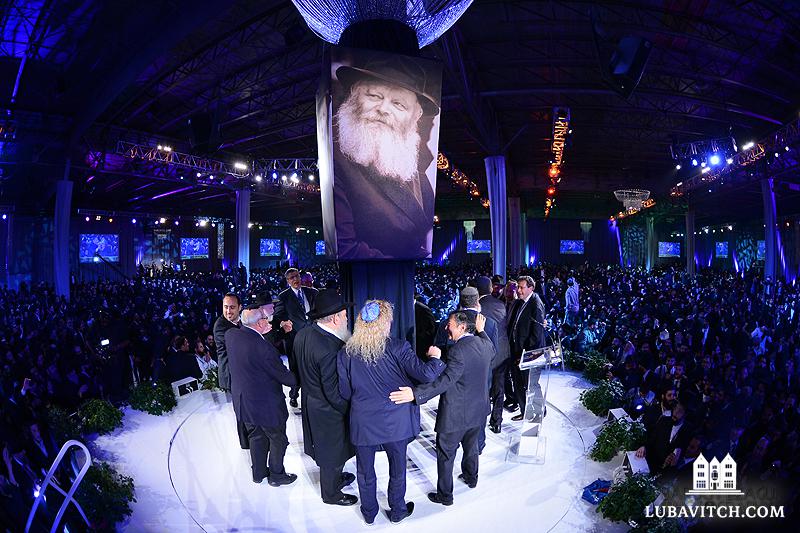 Unless you are a Jew who lives in Abu Dhabi or Iran, chances are you have access to a Chabad center. With 84 countries now on its map, Chabad has achieved a good measure of market saturation. What next?

It’s a question on the minds of many participating at the Annual International Conference of Chabad Shluchim which began Thursday, October 31, especially because it is now almost 20 years since the passing of the Rebbe in 1994. Certainly, Shluchim will be asking themselves—in their own introspective times at the Rebbe’s resting place, but also in the congenial farbrengens they’ll be sharing throughout—whether  they’ve served the Rebbe’s calling over this past 20 years in good faith, and what they need to do to further strengthen the spiritual bond between Rebbe and representative.

Chabad-Lubavitch has seen its strongest growth in the past two decades. For Shluchim, every achievement, each milestone, ups the ante and drives them harder to break new ground in Jewish outreach. So, now, similar to the successful model of Chabad on campus, Shluchim are turning their attention to vertical development, serving niche demographics with greater specialization, making for a richer, more personally relevant Jewish educational and social experience.

Not that the general concept of the Chabad House as a one-size fits-all home for any Jew is going away. But increasingly, Chabad is developing Jewish community infrastructures around specific demographics:active-adult communities; teenage communities; young professionals; and even children of Chabad shluchim.

Deitsch has built a strong infrastructure for Samara’s Jewish population of 20,000. A day school, a soup kitchen, a Jewish community center, overnight and day camps, have made Jewish life there more than sustainable. Jews who’ve never identified as Jewish are now choosing to do so, reclaiming their history, their traditions and the joy of belonging to a vibrant community.

Like thousands of other Shluchim from those 84 countries who are now converging on Lubavitch Headquarters in New York, Deitsch didn’t depend on the formal, professional lectures offered at the Conference to accomplish this during the last 13 years he’s been in Samara. And as is true for thousands of his colleagues, the Pew study didn’t change anything for him.

“We’re out in the field. We see the facts on the ground so we know what we need to do just the way parents understand what they need to do for their own family,” he said.

Maybe that’s why there’s no session analyzing the Pew Study, and conspicuously, notwithstanding the animated discussion about Jewish identity it triggered, there’ll be not a single lecture on “Jewish Identity” as such in the five days of the conference shared by 4000 Jewish community leaders from every part of the world.

“You’ve got to be out there and really be invested with everything you’ve got to understand what the needs are and how you can make a difference,” said  Deitsch. “You can have all the data, all the facts and figures, but if you don’t have the passion for Jewish life, they’re useless.”

He’s enjoying many of the sessions. But, says the father of 11, that’s not what makes him leave his family and his community in Samara for a week. It’s something more elusive but more impactful.

“This is where I find the inspiration to keep doing what I do. This is where I draw strength and joy in my life’s purpose, staying in Samara, raising our children there instead of in Jerusalem or New York, so that more Jews will find their way back to Judaism.”