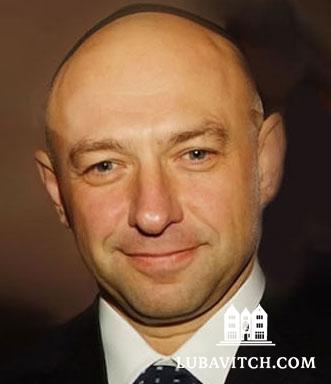 The announcement was a welcome surprise to Chabad Shluchim whose personal economics have rarely been the object of philanthropic largesse.

"Supporting Shluchim has typically meant supporting their activities. To have someone address their personal needs is unusual, and tells Shluchim that their dedication and selflessness are appreciated,” said Rabbi Moshe Kotlarsky, Vice Chairman of Merkos—the education division of Lubavitch whose offices are managing the disbursement of the funds.

Chabad-Lubavitch representatives stand out in a crowd, if not because of their black fedoras, then because of what seems like a genetic predisposition for a never waning drive that spurs them on to relentless, creative activity. But if there’s one ambition that prospective Shluchim must lay to rest before making the lifelong commitment to Jewish outreach, it’s probably related to fantasies about finding their faces among Forbes 400 Richest.

In fact, many Shluchim struggle month-to-month to make the bank. Large families are typical, and the costs of sending children to out-of-town yeshivas when there is no adequate one locally, can be staggering given the modest incomes that are the norm for most Shluchim. Add to that the costs of making weddings—sometimes more than one a year, bar mitzvahs and other life-cycle events, and budgetary shortfalls are a stressful fact of life for many a Chabad representative.

So the Bogolubov Simcha Fund, which is making a gift to every family of Shluchim on the occasion of a child’s birth, bar mitzvah and weddings, will take some sting out of the bills that pile up when the party’s over.
“Mr. Bogolubov takes a real interest in how the Shluchim are doing in terms of their living standards,” said Rabbi Shmuel Kaminezki, Chabad representative and Chief Rabbi of Dnepropetrovsk, and a personal friend to Mr. Bogolubov.

“He has tremendous appreciation for their commitment to Jewish life, and wanted to help them in a personal way.”

Mr. Bogolubov, is President of the Dnepropetrovsk Jewish Community and Chairman of the Ukrainian Jewish Congress. He is a co-owner of Privat Group, an industrial holdings company.

The Fund became effective November 11. To date it has disbursed grants to 220 Shluchim.