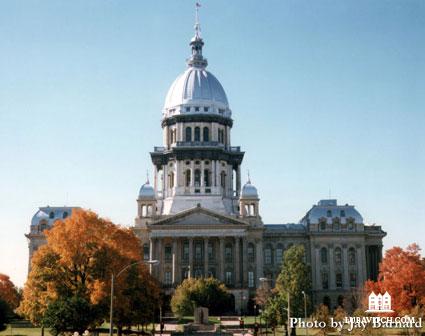 Since the U.S. Supreme Court outlawed mandatory school prayer in 1962, the Lubavitcher Rebbe, of righteous memory, advocated passionately for, at minimum, a moment of silence.

"Education must serve the greater purpose of cultivating the student's moral character," said the Rebbe, lamenting the Supreme Court decision by which public school children, he said, "are growing up to believe in a G-dless world."

So the vote Thursday by Illinois lawmakers to require public school students to begin their day with a moment of silence came as good news to the state's Chabad leaders who supported lobbying efforts to pass the law.

Taking effect immediately, the law mandates a moment at the start of each morning for "silent prayer or for silent reflection on the anticipated activities of the day.”

By a 74-37 vote, the House joined the Senate in overriding Gov. Rod Blagojevich’s veto of the legislation, which he and others said promoted prayer in public schools.

But State Rep. Will Davis, (D-East Hazel Crest) the bill’s primary sponsor, denied he was promoting prayer. Rather, he told the Chicago Sun-Times, the moment of silence may provide an opportunity for students to gain peace of mind, which may prevent incidents like the recent school shooting in Cleveland by a 14-year-old student who shot two students and two teachers before killing himself.

"Just think if that student had an opportunity maybe to sit and reflect," Davis said.

The law makes prayer optional but requires a moment of silence.

In the many sessions the Rebbe devoted to this issue during his leadership, he took an unequivocal position.

“A moment of silence for reflection, contemplation, prayer or thanks to G-d, cannot reasonably be construed as advancing any religion,” he maintained.