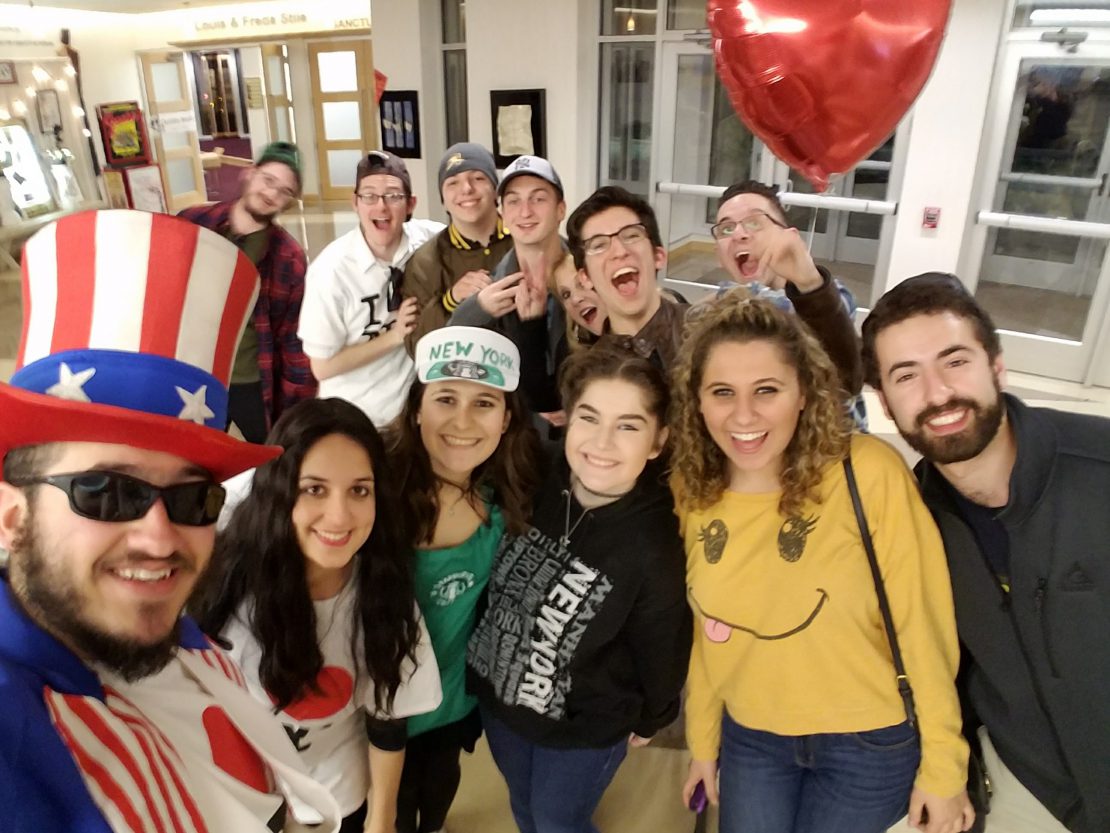 Americans old enough to remember will forever associate Kent State University with the shootings by the Ohio National Guard on May 4, 1970 at an anti-war protest on campus that left four students dead.

The public research university with an undergraduate student population of about 29,000, has a small Jewish student body of 1,200. Rabbi Moshe and Mussie Sasonkin, who opened a campus Chabad center in May, recognize the opportunity that presents for interfacing with students individually.

“Primarily, we want to boost the Jewish pride on the campus through creating personal relationships with students, and letting them know that we’re here for them 24/7 to give guidance and support,” the rabbi explains.

Slipping into the role comes naturally to the couple, who hail from emissary families in nearby Akron and faraway England, respectively. Even before they settled into their new digs on campus, the Sasonkins hosted a Purim program and a Passover seder, drawing 25 students. Working towards the fall semester, they expect to launch many of the staple Chabad campus programs and services to stimulate engagement in Jewish social and educational activity.

As on so many American campuses, anti-Semitism has reared its ugly head at Kent State, too. According to the AMCHA Initiative, which is dedicated to fighting anti-Semitism on American college campuses, there were five separate reports of anti-Semitism made at KSU in the past eight months. Chabad is working to counter that, touting, “Be a proud KS-JEW” to inspire Jewish students to take pride in their Jewish identity.

The Sasonkins look forward to working with KSU’s campus Hillel center, whose leaders have welcomed them warmly, for the benefit of Jewish student life at Kent.

For Jewish Studies professor Chaya Kessler, Chabad’s arrival on campus “is a sign of growth and interest. It’s a beautiful thing.”

Kessler believes that this new development will pique students’ curiosity about Judaism. “Chabad has a visible presence which I hope will lead to more students being interested in taking courses in Jewish studies topics.”

To learn more about Chabad at KSU, visit www.jewishksu.com.