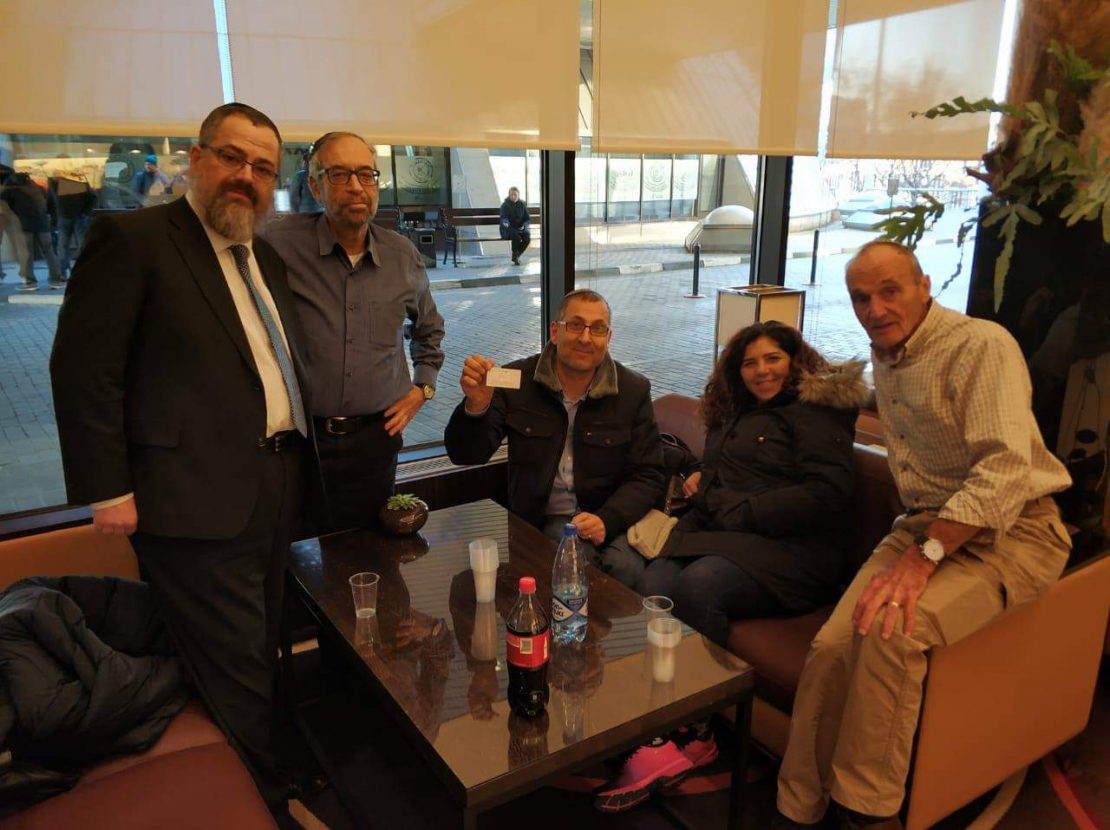 When it became apparent that El Al’s November 16 flight from New York to Israel wouldn’t be able to land in Tel Aviv before sundown on Friday, the airline diverted to Athens, Greece. One hundred and fifty people were left stranded in a foreign country just before Shabbat, with their belongings in the hold of an airplane.

Contacted by the airline, Chabad emissaries Rabbi Mendel and Nechama Hendel worked their magic to transform what might have been a Shabbat nightmare into a beautiful, inspiring experience.

Exhausted and harried, passengers arrived late Friday at the hotel where the airline put them up. To their delight, they found a lavish kosher Shabbat dinner waiting for them—all prepared by Chabad of Athens with only a few hours notice. Tensions quickly melted away as fellow travelers began bonding over homemade challah and chicken soup.

The travelers celebrated Shabbat together, with prayer and with song, and expressed their gratitude  for Chabad’s ubiquitous presence and warm embrace. When they discovered that Chabad’s efforts to build a new mikvah in the heart of the city had been stymied by financial constraints, each pledged to donate toward the project. By the time Shabbat had concluded, most of the necessary funds had been pledged.

The Hendels weren’t the only emissaries to host stranded passengers that week: an Aeroflot flight to Israel was also delayed by the New York weather, and twenty Shabbat-observant passengers had to stay behind at the layover in Moscow. Rabbi Yakov and Sashi Fridman, who run a Chabad center out of a hotel near the airport, hosted them in royal fashion, together with their other sixty guests.

“We came snowed in and cold,” says Aeroflot passenger, cantor Avraham Lerner, “but we leave inspired by the warmth of Chabad.”