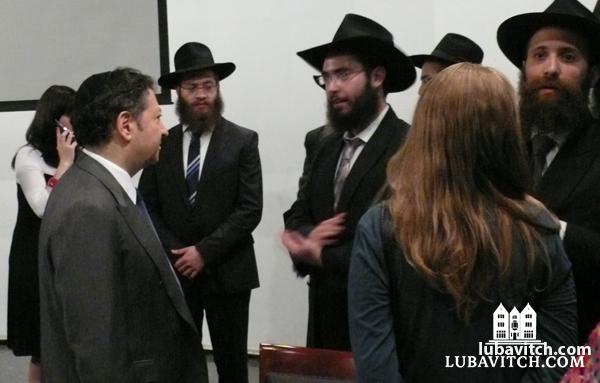 Mr. Rohr, sponsor of the Rohr Campus Initiative, among numerous other Chabad-Lubavitch educational programs, said, "Looking back over the past ten years at what we've done together, no one could have foreseen or understood what has since happened."

During a recent visit to the Ohel, the Rebbe's resting place, said Mr. Rohr, he reflected on the Rebbe’s conviction to never be satisfied with past accolades, but rather to continue to grow and inspire others.

"There is always a temptation to be proud of what we've accomplished. However, we must have in mind to build upon the foundation we've laid together in the past and take it to the next level."

Among new initiatives to be launched for the coming academic year and further explored at the annual Chabad-on-Campus conference this Sunday, in upstate NY, is an in-depth Torah studies program for college students. The program is to be developed together with the Rohr Jewish Learning Institute and will begin as a pilot program on four campuses.

Recapping some of the recent projects developed under the Rohr Campus Initiative, Rabbi Menachem Schmidt, Executive Director of Chabad-on-Campus, discussed the growing popularity of the Sinai Scholars Society, a joint program of the Rohr Jewish Learning Institute and Chabad-on-Campus.

Launched in 2005, Sinai Scholars is currently installed at 44 campuses; and of Israel Links, a three week educational trip to Israel, that recently united 70 students from across the country in two different trips to the Holy Land.

After his remarks, Mr. Rohr took questions from the emissaries. Asked by Shira Rose, newly appointed with her husband, Rabbi Yishaya Rose, as campus representatives to the University of Toronto, for advice on how to set down roots in a new community, Mr. Rohr responded with the insight of a successful businessman.

"As an entrepreneur I can tell you that any new project has its trials and tribulations – but by if you persevere and remain steadfast in your convictions, you will see that your cause is not only necessary, but that the energy invested in it is worth it as well."