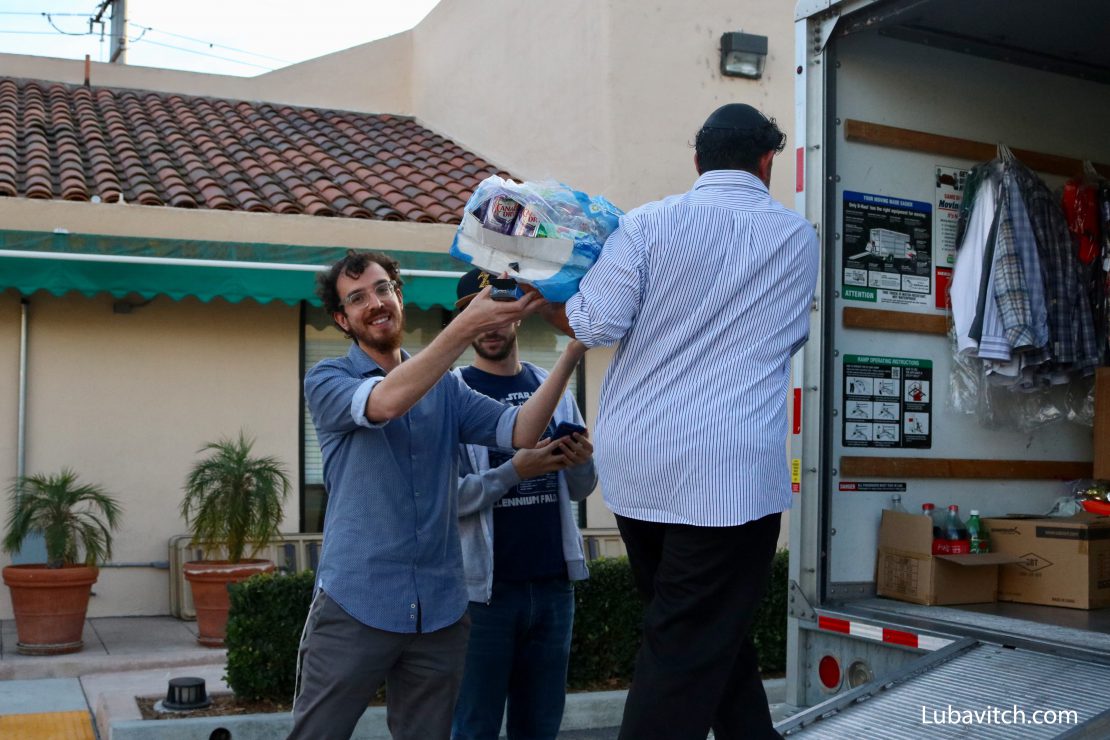 Chabad volunteers load supplies to be distributed to victims of the California Fires, November 2018

Even as the Woolsey Fire – the largest wildfire on record for Los Angeles County, which has thus-far burned through 97,620 acres, destroyed at least 483 structures and damaged 86 others with thousands more still threatened – hovers at 50 percent containment, the fallout of the massive blaze continues to impact the lives of thousands throughout the affected areas. The communities of Agoura Hills, Westlake Village and Oak Park in the Conejo Valley were primarily affected.

“We launched an emergency effort on behalf of the victims. The response from throughout the community has been incredible and, frankly, overwhelming. We’ve had literally truckloads of items come in.”

Bryski reports that ever since the first of many mass emails went out on Sunday, community-members have been coming to Chabad of the Conejo’s headquarters on Canwood Street in Agoura Hills to drop off the full clothing, kids gear, gift cards to local markets, toiletries and hotel vouchers.

Coming over the ridge from the nearby area of Simi Valley, some thirty homes in Oak Park were lost to the inferno. “One woman who lived in a nearby trailer park that went up in flames within minutes told me that everything she owned is now gone,” shared Rabbi Yisroel Levine, Oak Park’s spiritual leader. “My heart broke for her and we tried to help in whatever way we could.”

A makeshift volunteer corps headed by Chabad Rabbis Bryski and Levine loaded up vans and trucks dispatched to deliver donated goods to evacuation centers running short of certain essential items.  “We’ve become an active crisis distribution center,” said volunteer Rabbi Eli Laber. “As the cities of Agoura Hills and Oak Park do not have local Red Cross chapters of their own, our Chabad center has become the de facto resource center for victims of the Woolsey fires and a drop-off point for those who wish to come to their aid.”

The spirit of community solidarity and inter-cooperation is heartwarming in an otherwise horrific week. The City of Agoura Hills points to Chabad as the de facto resource center for fire victims on its official website. Government officials and members of the Agoura Hills City Council have visited Chabad, and are working with Rabbi Bryski on the recovery effort.

Chabad of the Conejo also organized and staged a community-wide demonstration of gratitude and appreciation to the firefighters for their tireless efforts saving lives and property.

Further north in the State, authorities said late Thursday the death toll from California’s Camp Fire has risen to to 66. In addition, more than 600 people have now been reported missing, according to the Butte County Sheriff’s Office. 11,862 homes have been burned beyond repair.

“The enormity of the devastation and loss and its effect on so many people is just beyond devastating,” says Rabbi Mendy Zwiebel. He and his wife Chana direct the Rohr Chabad Jewish Center at Chico State University.

The Center has been turned into a refuge for hosting and feeding evacuees. Volunteers arrive every day to help cook and distribute hot food to displaced families. In the Jewish community alone, more than 20 families have lost their homes, workplaces and belongings.

“In addition to the tragic deaths, the sad and frightening reality is that many people do not have proper insurance to cover these tremendous losses,” Mendy says. This realization spurred the Zwiebels to set up a fund to help fire victims with immediate expenses with the hope that they will raise enough to also help people rebuild their future.

To help with the relief efforts, please visit www.chabadconejo.com/woolsey and  www.JewishChico.com/firefund. 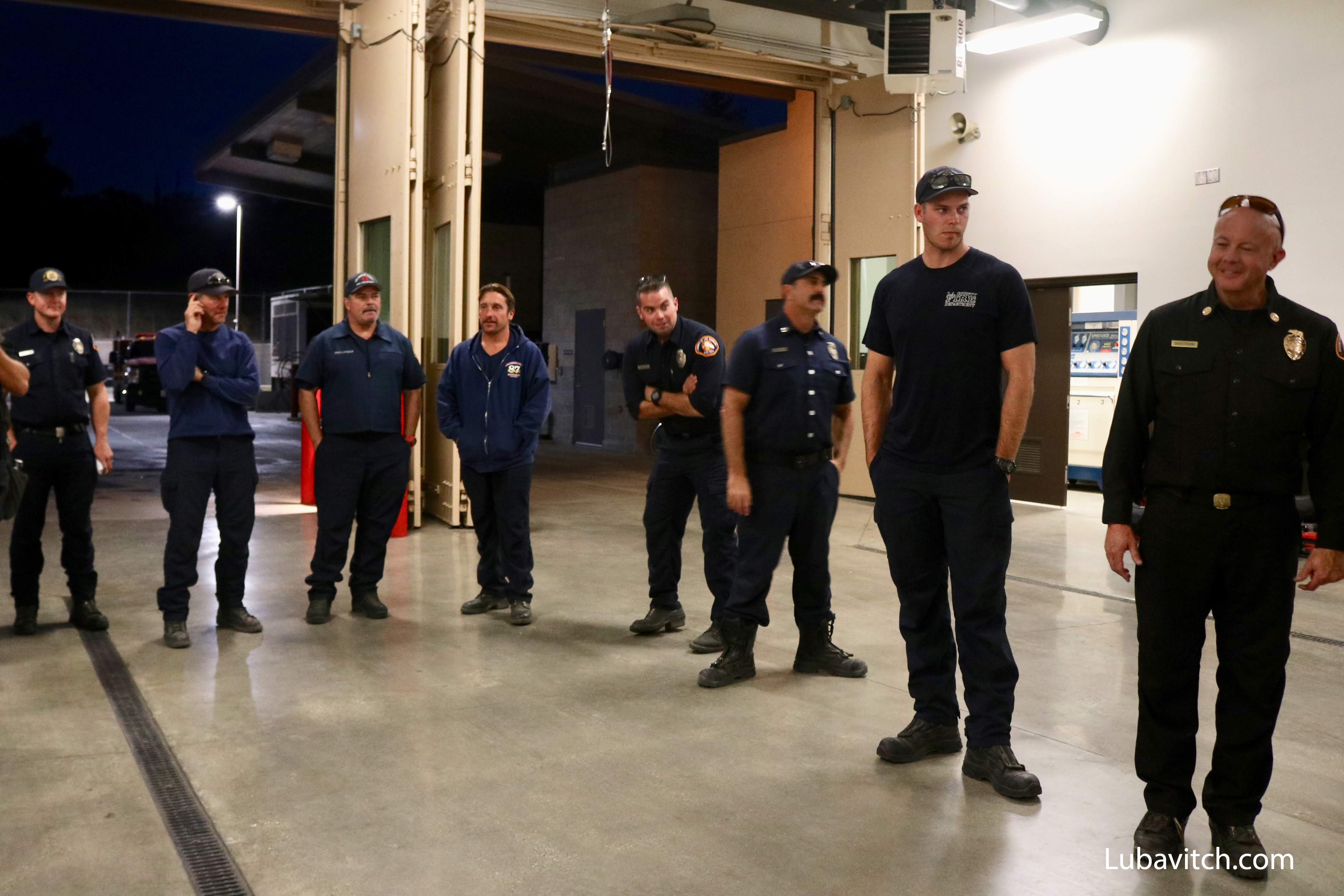 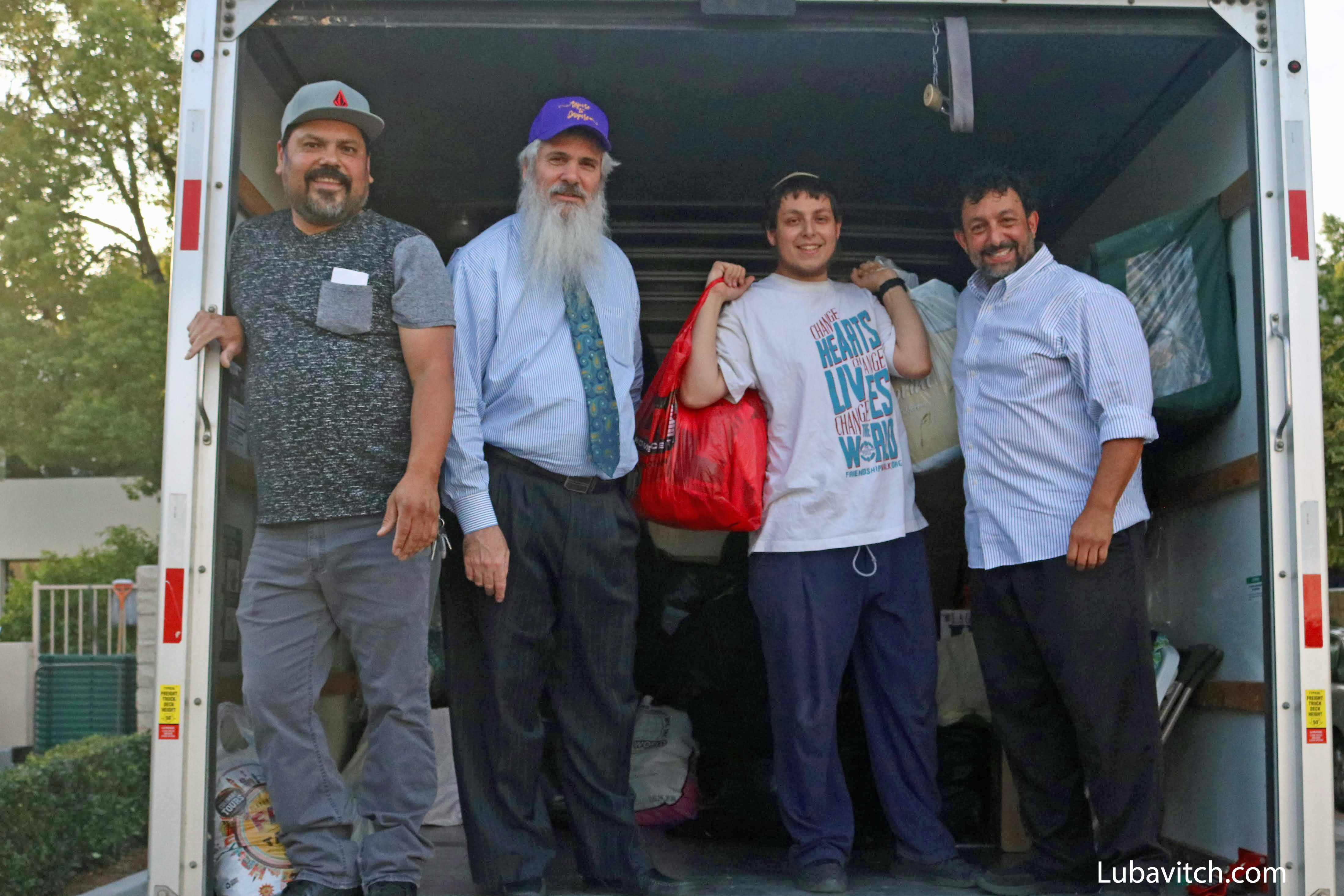 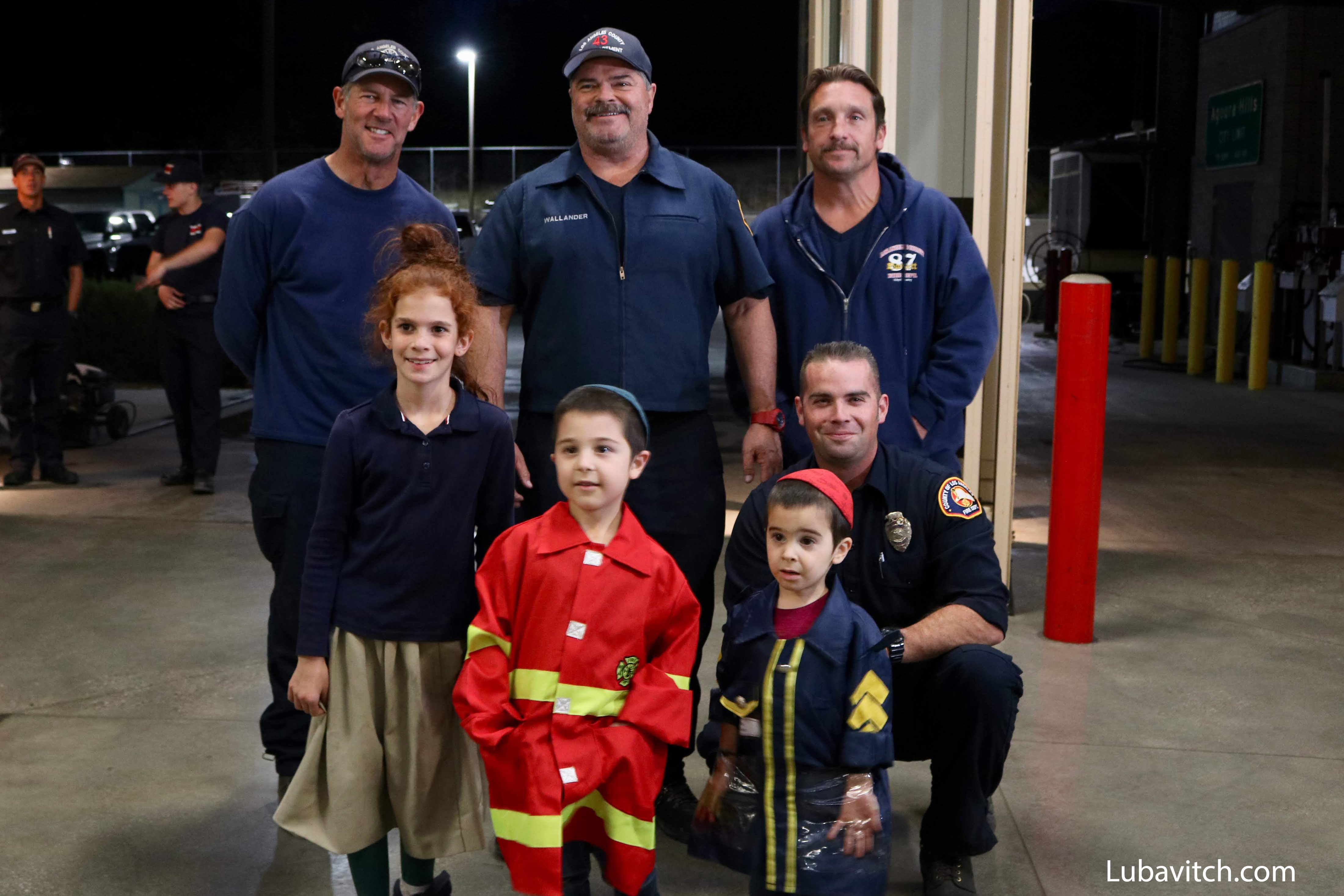 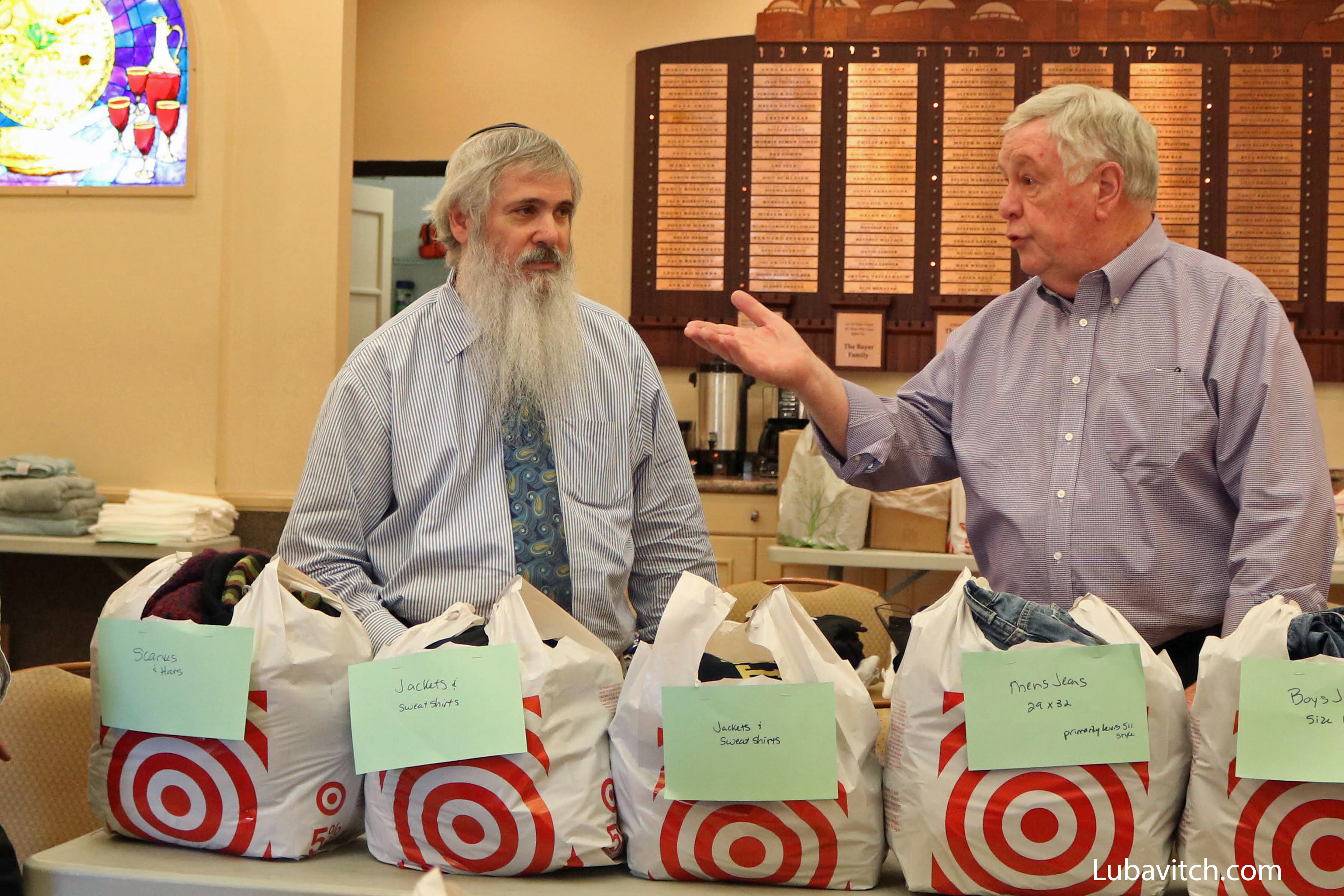