Board of Park Commissions Rewrites Policy to Allow Chabad Menorah 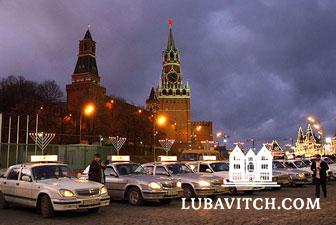 The Board of Park Commissioners in Kenosha, Wisconsin is rewriting their policies now to allow Chabad Lubavitch to place an eight-foot tall menorah in Civic Center Park on Chanukah, December 4-13.
The request was initially denied because there was no policy in place that allowed a religious symbol in a city park, reported Kenosha News.
"It's a symbol that's been placed in close to 1,000 locations in the United States," Rabbi Tzali Wilschanski of Kenosha's Congregation Bnai Tzedek Chabad said. "It's something that's not new to America or the state of Wisconsin."
The new policy will allow religious symbols to be placed in the park as long as permission is obtained from the city thirty days prior to its placement. In addition, a $50 application fee will apply and a $1 million insurance policy will be necessary.