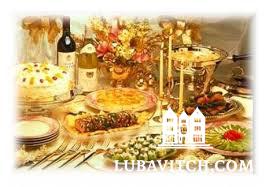 All News
By Rivkie Block

Lubavitch.com invites community leaders to weigh in on an idea. The topic: Progress. The first of five blog posts.

I’m not sure when I began to resent the hours I spent preparing for the endless meals that are a large part of most Chabad Houses. The kitchen became a source of discomfort and even a vague feeling of embarrassment.

I was fighting the stereotype of the centuries-old, self-sacrificing, nurturing balabuste with the progressive, intelligent persona of the contemporary Jewish woman. As the years passed, I became involved in many areas of our Chabad House and others stepped in to do a lot of the cooking. I felt like I was making a significant contribution to Chabad’s growth.

I was progressing from the shtetl to the 21st century.

Not long ago we were preparing a visual presentation of Chabad’s work in our community. The woman overseeing this project suggested enthusiastically that I be filmed in the kitchen cooking. When she sees me in the kitchen at Chabad, she said, it reminds her that here is a place of nurturing and caring in the most basic form.

Her comment reminded me that when we allow our egos to define progress, we may lose something whole and true and good.

I wish I could say that I have a new found love for cooking. But, I did learn that the struggle for self-actualizationand soul-actualization is not simple.

Rivkie, a mother of 8 and grandmother of 2, is Chabad representative in Plano Texas with her husband for 23 years.