Blog: But First Come For Shabbat

Learning about the People of the Book from the lived life 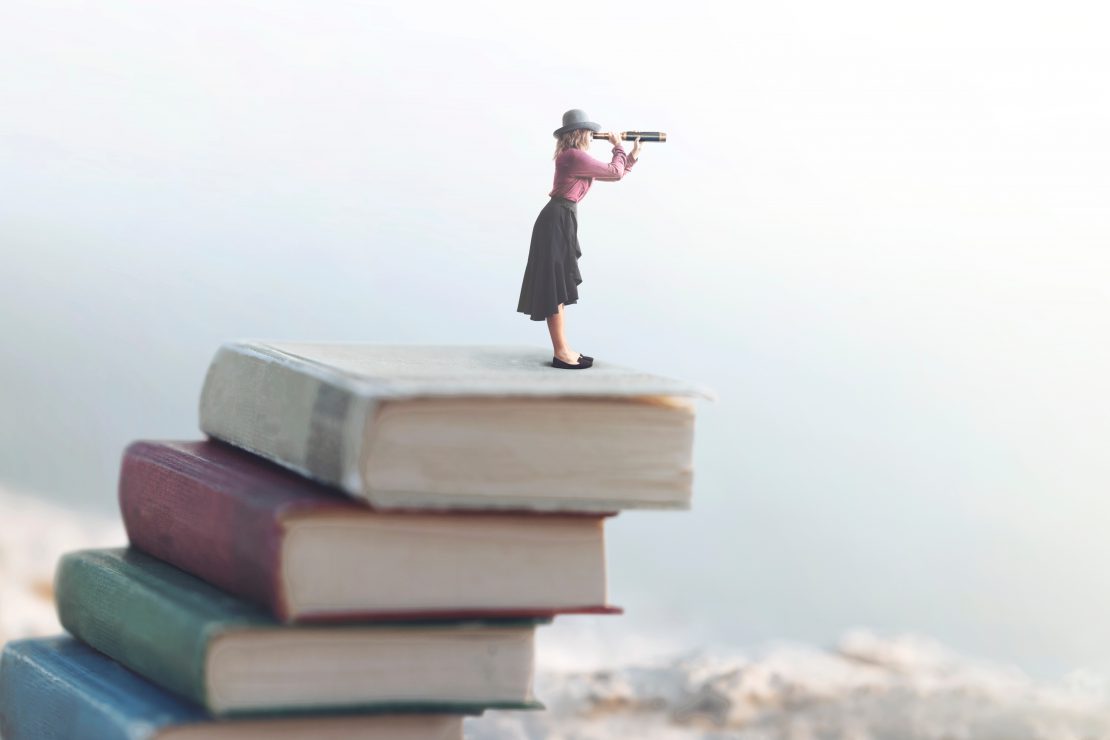 All News
By Scott Hirsch

I can’t remember my first day of Hebrew school. My bar mitzvah portion is a blur. But I’ll never forget the day a rabbi told me to stop reading so many Jewish books.

It was one of the most surprising, absurd, and, ultimately, meaningful moments of my Jewish education.

The rabbi was Yosef Moscowitz of Chicago’s Bucktown Chabad, and he’s on my mind because I’m sitting on a park bench in Jerusalem with no idea where I’m going to sleep tonight—it’s chol hamo-eid and every hostel and Airbnb is booked up. But despite my lack of lodging, I’m feeling strangely upbeat, and I have Rabbi Moscowitz to thank for that. But I’ll get to that.

I was thirty years old when I first reached out to the rabbi. Despite a strong Jewish background, I was interested in tackling Torah on my own terms for once—that is to say, not learning about Judaism, which I felt I knew enough about—but Torah. As a literature student and introvert, I decided maybe I should get to the heart of my tradition—the texts. The rabbi met me for coffee, and after the usual introductions and games of Jewish geography, I finally got to my main question: what books would he recommend for someone like me—a bookish, shy-ish, Jewish guy looking to go deeper into the texts of our people?

Embarrassingly, I think I started reciting books I already owned. I have a Chumash with commentaries, I probably told him. Plus Rabbi Nachman, and I’m trying to understand Maimonides, I might have said.

Listen—I’m a passionate reader. Always have been. And though I’ve never been the most religious Jew, I’ve always worn the “People of the Book” label with pride, even if, over the course of thirty years spent devouring books, my literary obsessions never landed on, well, that book.

But now that it had, I tried to approach the texts the only way I knew how: alone at my desk with nothing but silence, stacks of books, and a thirst for knowledge. Torah is vast, and I was anxious to cover all my bases—to thrust myself into the world of Jewish thought, fine-tune my mind with Talmudic logic, and then blow it all apart with mystical insights.

“Ehhh,” he replied. Or something similar.

“Eh,” he repeated, and shrugged his shoulders.

“Forget the books. Come by for minyan.” Not his exact words, but close.

It wasn’t the answer I was looking for.

For one thing, I’d been to plenty of minyans. I’d spent countless hours in shul throughout my life, from Hebrew school, to the celebrations of religious relatives, to saying Kaddish for my mom for a year. But I did all of it with a sense of passive obligation.

What I hadn’t done—and the reason (or so I thought) that I’d never fully connected to Torah—was tackle the literature itself. I figured it was time to immerse myself in the texts, rather than simply shuckle around the periphery.

And that’s what it’s all about, isn’t it? The entirety of our religion is derived from a single scroll of letters, right? For thousands of years we’ve approached the same text, year after year, devoting equal brain-power to the miraculous and mundane, scrutinizing every stroke of ink and even the white space in between, analyzing everything from the grandest Exodus of our people to the extra bet in that one word in the Shema.

What more do you need? I thought. It’s all there in the text.

When we parted, Rabbi Moscowitz left me with zero book recommendations and an open invitation to minyans and Shabbat meals. I took him up on it with some hesitation.

Don’t think that I was against Jewish practice. I’m simply an introvert, and have this wonderful gift for doing exactly the wrong thing at the wrong time. This seemed to be especially true in shul: I’d stand when everyone else sits; take three steps the wrong way and bump into the poor guy in front of me. My earliest memories include being yelled at by relatives for putting a knife in the wrong sink. And I’m terrible at schmoozing. When people would gather around the Shabbat table I’d typically stand there, quietly and awkwardly, at a loss for something to add until—for whatever reason—my confidence would swell right before HaMotzi—and I’d blurt something out during the one moment in Judaism when you’re expected to keep your mouth shut.

Yosef and Sara Moscowitz were welcoming, though, and seemed to overlook my awkwardness. I felt comfortable both in their shul and at their Shabbat table, which is where I first got an inkling for what the rabbi meant when he told me to put the books down. The food was delicious, of course. But it was the conversation that surprised me. Over cholent and chicken we’d discuss the parsha, debate their inner meanings, share and unpack Chasidic parables—and what resulted was an intellectual richness that far exceeded anything I’d achieved in my solitary studies. The teachings attained a certain dimensional quality—a vibrancy—that had everything to do with text but very little to do with the physical book.

Spending time at the Moscowitz’s table was intellectually and spiritually satisfying, and to the surprise of this introvert, comfortable. But as per the Chabad way, comfort and comfort-zone are two entirely different things. Just as he nudged me out of my lone study, Rabbi Moscowitz kept nudging me further out of my comfort zones, finding new ways to challenge me and reveal the meaning of community. Whether it was around the Shabbat table, in Chasidism classes, or even on the busy Chicago streets beneath a twelve-foot menorah, I found that that Torah was at its most stimulating—intellectually and spiritually—amidst noise, not silence.

Which brings me back to the present day. My Israeli cousin announced his wedding, and I decided it was the perfect time for me to take advantage of being in Israel and spend some time learning in Jerusalem. Time to get back to the texts. I’d earned it, after all: I’d broken out of my shell and engaged in the community. 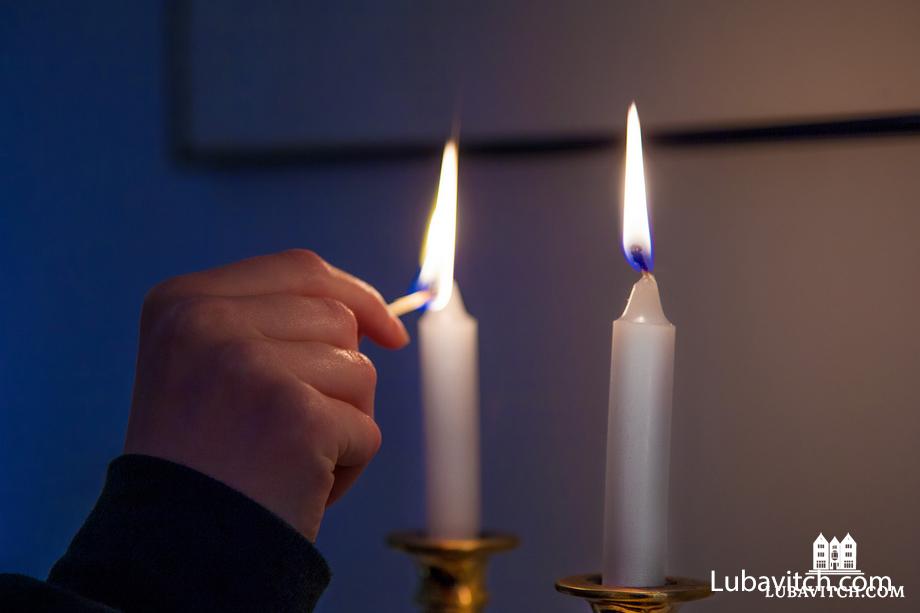 My cousin got married a week before Passover, and after the Sheva B’rachot and first seder, I darted off to Jerusalem to find a place to learn. I had no plan, though I’d researched some yeshivahs and noted rabbis to contact. But it’s Jerusalem, right? I’d find something. With images of old books, faded pages, and deep, all-night study sessions, sparkling in my head, I bussed south to Jerusalem.

In the middle of chol hamo-eid.

As an American, I forget there are places where Jews aren’t a minority; where the Jewish holidays dictate the ebb and flow of the everyday calendar. And chol hamo-eid is the spring break of Israel. Schools shut down. Families go on vacation. Parks, hostels, and bus stations swell with students and travelers.

You came to study at the worst time of the year, I was told by nearly every rabbi I reached out to. Every yeshivah is on break.

Try back in three weeks, I was told.

The kicker came from one rabbi, who told me, laughing sympathetically, “Some people cover their bookshelves in plastic to shield them from chametz. The cruel, comic, quixotical folly of my mission crystallized in that image. Libraries behind plastic? A more disheartening thought I could not think of.

Only I could manage to end up in Israel, I mused with self-pity, home of the People of the Book, during the one week that every library is sealed off behind plastic.

I had a decision to make. Wait it out, and battle the crowds until schools resumed, or fly back to the states. Compounding the problem was the fact that every hostel and Airbnb was booked solid. I walked through the crowded sidewalks, dodging strollers, travelers, and Na-Na-Nachman dance parties, staring longingly through the windows of the locked yeshivahs and dreaming of the vast libraries inside, sealed behind plastic.

I decided to wait it out, and so here I am. In the past week, I’ve slept wherever I could: park benches, last-minute hostel beds, even in a mattress on a roof in the Old City. And as the week progressed, I was forced again to forget about the books and confront the crowds. My mood slowly changed. The joy in Jerusalem was infectious, and it was hard to not be inspired by the life surrounding me.

I realized, yet again, that our people were more than the sum of the books we’d studied. That Torah was more than typesetting. Judaism is a vibrant, living thing. I found Torah lessons in the stomping of Na-Na-Nachman folks dancing in the streets, ancient wisdom tunneling through the car horns and whoops of joy, survival and tradition in the sight of families elbowing through the madhouse-shuk together.

Which brings me back to today. Sitting on a park bench in Gan Sacher in Jerusalem, I’m reminding of what Rabbi Moscowitz told me in that Chicago coffee shop years ago. Put down the books. Come for Shabbat.

And the lesson hits me again. There is no Judaism without Jews. There is no text without voices—as loud, pushy, and jubilant as ours may be. The learning will come, but first I need to embrace life. Sitting on a park bench in the Middle East, temporarily homeless and surrounded by crowds, I’m as far as I could be from my quiet study. And I’m happy with that. What Rabbi Moscowitz was saying for so many years registers yet again, even more vivid than before: there is no such thing as a person of the book; only the People of the Book. And to understand the book, you need to embrace the people.