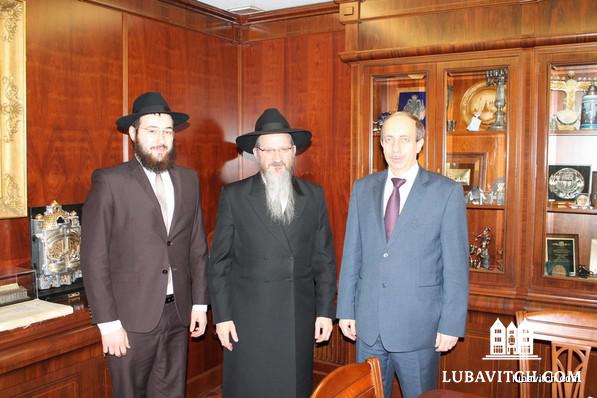 All News
Go to Photo Gallery
By Staff Writer , Birobidzhan

Today, some 4,000 Jews live Birobidzhan, the Jewish autonomous oblast established in1931 by Stalin in Russia’s Far East. During their visit, Mr. Alexander confirmed that construction would soon begin on a mikveh—the first in Birobidzhan.

In the course of his visit, Mr. Alexander also wrapped tefillin. An emotional first for the Kremlin’s Jewish appointee, it represented the bar mitzvah rite of passage that he didn’t have at age 13.